What's up, figured I'd start a worklog for this project. It's probably going to be a long term project but I had some questions so I guess it makes sense to put them in a worklog. Feel free to move this post around somewhere if it's better suited elsewhere.

I've made several Pi portables in the past but want to try my hand at something more challenging.

I have purchased / acquired most of the components already, expect for a screen (going to use a composite screen for now to keep the build simple and less expensive).

I have access to some good 3D printers and I plan to use the GWii case, but Wesk's version so that I can match the bezel to whatever composite display I end up buying.

I think the main issue is that I'm only getting about 0.8V on the 1V rail. Even with no load the RVL-PSU seems to only put out .9V on the 1V output, is this an issue?

At first I thought some of voltage rails were shorted but looking through the forums the resistances between some of the rails are okay to be pretty low? Right now I am reading >1k ohms between 3.3V and ground, only 28.5 ohms between 1.15V and ground, and 188 ohms between 1V and ground. Maybe I need to sand down the edges more?

It's also possible I'm having a U10 issue. When I first relocated it before trimming I tested it out and the Wii booted up without issue, but when I tried turning it off the power button didn't turn the console off and I had to pull the plug. Then I tried turning the console back on and it didn't respond... But being impatient I decided to proceed with the trim. I cut the trace as shown in the picture but I also have just bent up that pin so that it is only connected to the wire to the GPU pin and not the board itself (pictured). Is this an issue? Also, maybe when cutting the trace I shorted the two internal layers by cutting too deep with a box cutter? Not sure if this is a thing. I did check the pins as per the BB guide to troubleshooting U10 but everything seemed to check out.

Also worth noting that when I was sanding down the board I lowkey ripped off the C134 cap, but I did solder it back in place in the correct orientation.

If anyone has any advice it would be greatly appreciated. I have two more Wii's to work with (guy on Facebook just sold me two Wii's with faulty disk drives for 20 bucks) so if I have to start over it's not the end of the world. Photos attached; it is a bit rough in the photos but this was after several iterations of troubleshooting and at that point I didn't care if it looked nice, just wanted it to work.

Thanks! And sorry for the novel. Looking forward to the rest of this build. 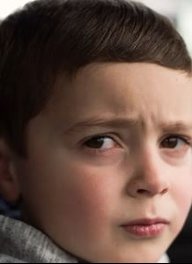 Portables
In the making

dop not use a psu and lithium, protection circuit just get a pms since you will have to use a smart charger and will not have any of the quiality of life features baked into the pms.
Last edited: Oct 14, 2020

nvm i got it working... was tapping into composite video at the end of that big cap, and i switching to the actual node that goes to the connector and it worked like a charm! very stoked

Another update... sorry for all the posts.. I lifted the USB0 CM1 component when trying to solder the USB data lines. I could try and get that little guy oriented right and back on the board, but does anyone know if I can I use the USB1 port / CM2 component instead? Please say yes lol

EDIT: sorry for so many posts lmao at least I learned how to edit my post... just tapped into the test points / vias / whatever a bit upstream. Probably not the safest route but I'm going to roll with it for now. USB working now!
Last edited: Oct 16, 2020 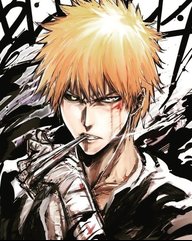 You can solder directly to the vias before the component, but if you plan to have an external USB it is not safe because there are no protections in case there is something wrong connected to the usb data line. 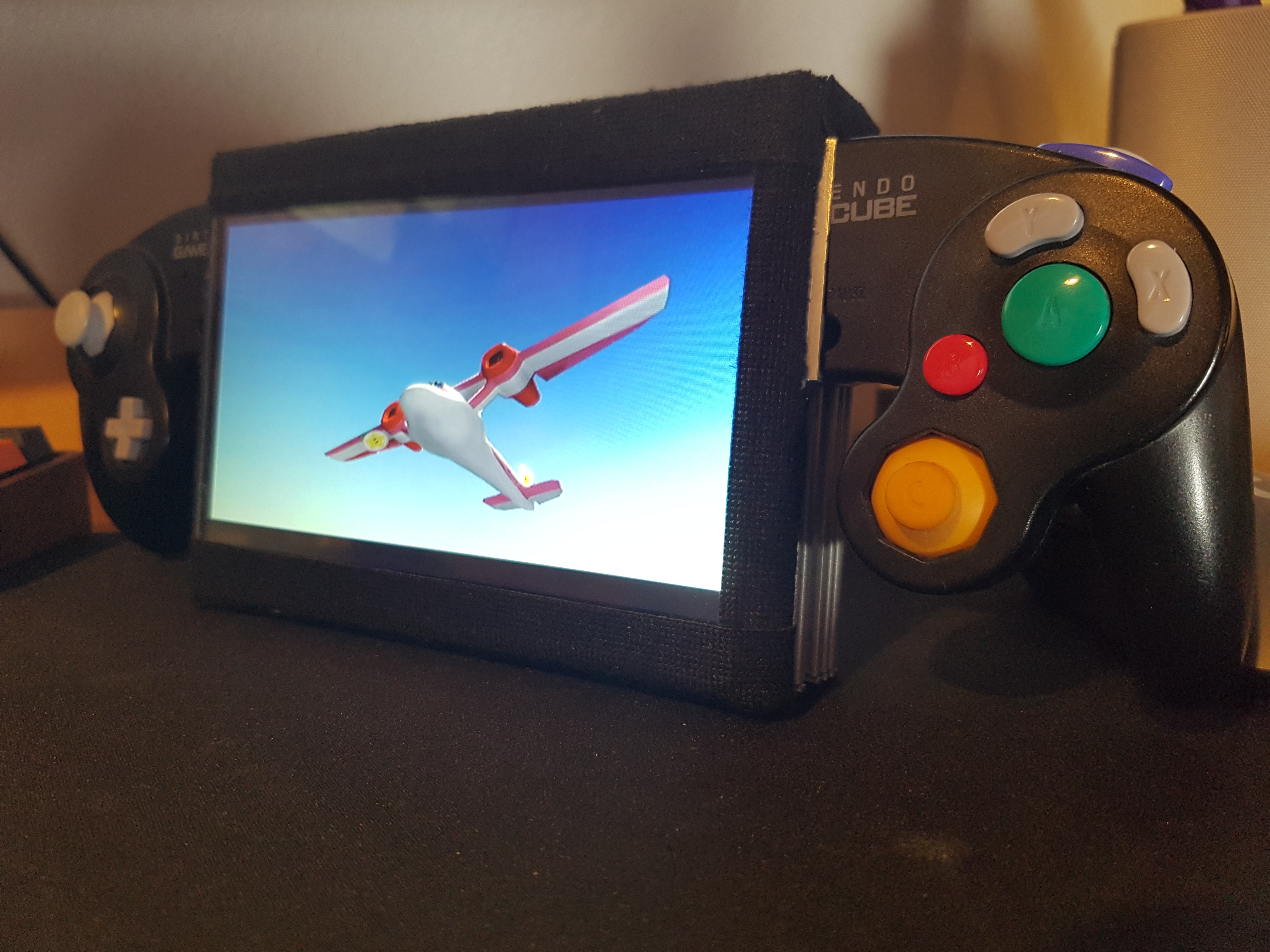 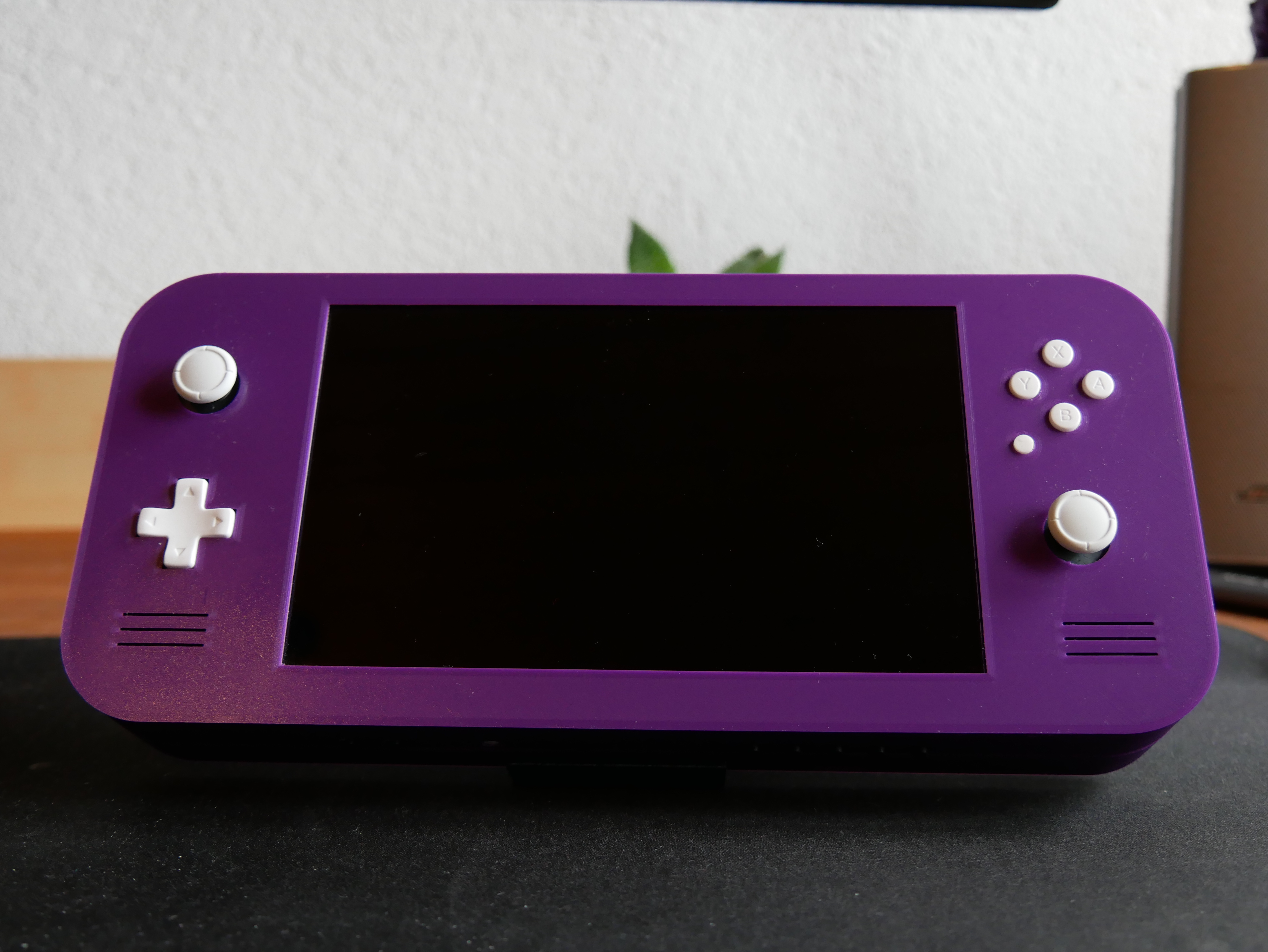 Update, I'm waiting on my case before I can really make any more progress, because I'm not using the UAMP or PMS I might have to frankencase the insides a bit from the stock Gwii STL but I don't think it will be anything major.

Also a big question, I'm having trouble booting into Gamecube games. I always get a black screen and sometimes the Nintendont loading screen will come up but after that loads I still just get a black screen. Wii games at least boot but seem to get frozen immediately, or maybe the controls just don't work, not sure, I've only tried galaxy. I've read a bunch of places that this is likely a USB drive issue, but I've used this flash drive to boot gamecube games with no issue on the Wii before trimming it. Could the USB drive still be an issue even though it worked fine before trimming? I am still connected into those vias for the USB connection if that is of importance. Thanks (ﾉ◕ヮ◕)ﾉ*✲ﾟ*｡⋆

Do you have another USB drive you can use to check?
"If you think a hot dog is a sandwich, then you're an idiot" - GingerOfOz, Sage of our era

Unfortunately still no dice trying with a Sandisk Ultra 3.0 32 gig. Pretty sure the issue is not with my game files either. Will keep poking around though, let me know if you think of anything else!

Have you tried replacing the BBLoader files on the USB with freshly downloaded ones?
"If you think a hot dog is a sandwich, then you're an idiot" - GingerOfOz, Sage of our era

Stitches said:
Have you tried replacing the BBLoader files on the USB with freshly downloaded ones?
Click to expand...

Pretty sure that did the trick! Got a couple games booting but now my batteries are dead lol so have to recharge them. Thanks for your help! 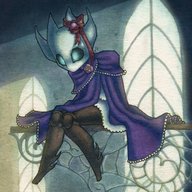 Chris P Nugget said:
Unfortunately still no dice trying with a Sandisk Ultra 3.0 32 gig. Pretty sure the issue is not with my game files either. Will keep poking around though, let me know if you think of anything else!
Click to expand...

Yeah, sandisks don't work well with BBloader due to the bad structure of them. Best is the kingston micro SD to USB adapter and a Samsung micro sd. You can get the adapter on the BBstore, but it's also available on amazon, ebay etc... 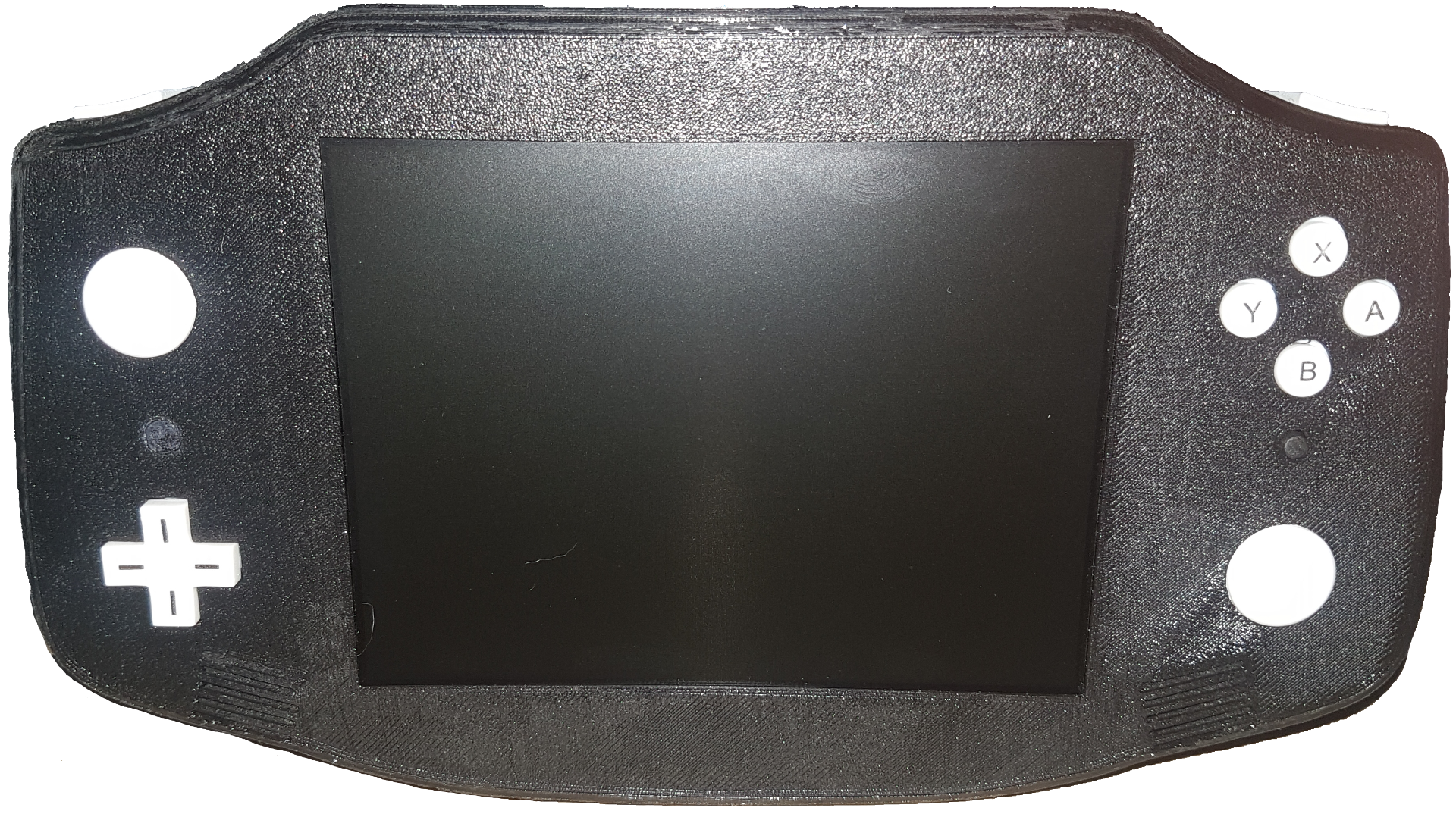 Got some more games running after charging batteries so I think the USB issue is resolved... but I went to add some more games and then when I turned the system back on suddenly the 1.15V line is completely shorted to ground. Measured 0.4ohms and when the 1.15V line is connected from the RVL-PSU to the wii its only getting .22V because of the short (PSU puts out 1.15V when not connected to load). Don't know how this suddenly happened, but I'll dig into it I suppose :-( shakin my dam head at this

Edit: did get some pictures before it crapped out lol

Update. So I removed all of the connections except for the U10, re-sanded and still am getting .4ohms between the 1.15V line and ground. What gets powered by the 1.15V line that could have gone wrong? Pictures attached. Again I was soldering to those upstream vias for the USB connection, maybe when I was plugging the flash drive in and out to load games something got fried? Don't know how USB would relate to the 1.15V bus though. Are there any specific components I should check? Again I accidentally lifted the CM1 component and had to put the C134 cap back on but I don't think that cap needs to be there at all. Any info is very much appreciated, thanks so much. Earlier I said I had two more Wii's to work with but I checked and they are both 6-layer

if you look at the compendium, there is the spot where you cut the 1v15 plane.
There may be other places, but it looks like this is a voltage used for the CPU. 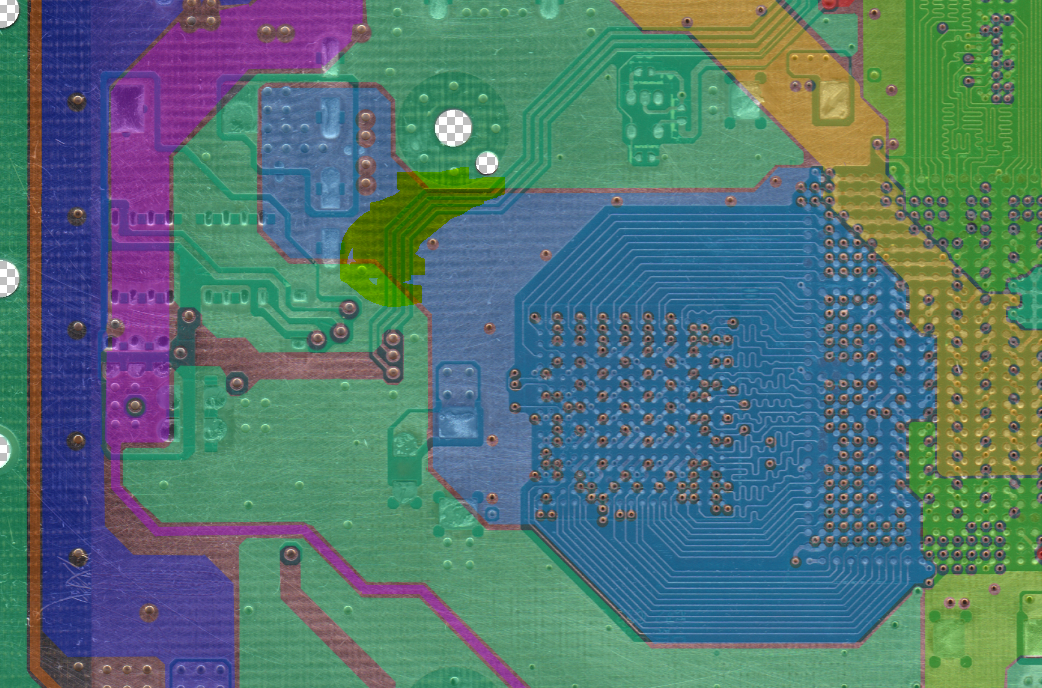 I could give you some more thing to try but I don't think it is really safe, so you should wait for better advice.

I think the CPU overheated, that might be the only explanation. It was getting pretty hot when I was testing it, but I thought I would be okay since I hadn't been leaving it on for more than five minutes at a time. I was turning it on and off though to test different games so maybe I wasn't giving it enough time to cool down in between tests. Can anyone with more experience confirm that overheating the CPU would short 1.15V to ground? Looks like I am back on the hunt for another 4-layer Wii...

How many "at a time"s are we talking?
"If you think a hot dog is a sandwich, then you're an idiot" - GingerOfOz, Sage of our era

Maybe like 5 times? Leaving it on for maybe 3-4 minutes just to confirm functionality, then turning it off and back on to test another game? I should also mention that before the batteries died the system was resetting on its own, but I attested that to the batteries being low (I think they were putting out a like 5.4V). And then after I charged them the system turned on just fine, and that's when I started testing the different games.

Yeah that'd be really pushing it, you're meant to give the system 5-10 minutes to cool down between tests if you don't have a heatsink attached. It's possible something's fused now
"If you think a hot dog is a sandwich, then you're an idiot" - GingerOfOz, Sage of our era

From my experience with deliberately overheating a couple Wii's multiple times they will lock up at about 70c. All of those Wii's are still operational.
‏‏‎My Builds:
Noob Cube
Aran
Party Box
GC Micro

Bought a new 4-layer wii last night, will get re-started on the build next week. My heatsink and fan came in the mail yesterday lol, may have saved me earlier but oh well. This is what I bought for cooling, do you think it will be sufficient for cooling the system? I think it is the same size / longer than the sink in the BB cooling kit but it doesn't have the additional copper plate.