Everything looks great so far!

The only thing I'm wondering is if by bondoing the case you mean to connect the two halves. If that is so, I'd recommend getting some sandable epoxy and using that instead. Bondo is merely a filler and doesn't hold up to tons of pressure (something I learned from past portables!) so it'd be better to use an epoxy of some kind.

You may also want to look at getting some thinner wire, that wire you've got on the controller board looks a tad thick, and while it won't cause problems electrically to use thicker wires, it would most likely be much easier to solder the thinner wire to the points you want to get at

@Noah - Thanks for the advice. That's not what I was meaning by bondoing the case. I've already glued the case together using Goop

I just didn't post it because it wasn't that big of an update. I want the case to have an injected molding plastic look to it. Which from @Downing 's pictures and other things I've stalked him about (Don't be too creeped out Downing.) it seems to give it that look. Mainly I'm trying to get rid of the 3d printed lines on it. I haven't tried sanding the Goop down, but from looking at it and feeling it, I'm pretty confident that it will.

I used ABS glue to connect the faceplate and back plates together. When i first did this, I honestly didn't have high hopes for it, but after leaving it for a week, I've been really pleased with the results!

If you have any other tips, seriously feel free to share them, I could seriously use them. Specifically about the charging circuit for the batteries I could use some help. My goal is to just have it to able to charge the batteries when it's turned off and to run on batteries when it's turned on. No need for wall power. In future portables, I'll follow SS guide on the charge and play, but for this one, I'm fine with this idea.

@cheese -- You are totally right. I learned that about 5 seconds in when trying to solder to the chip. For the next portable I make I definitely will do that, but because I'm trying to finish this up before school starts, I just made do with what I had. 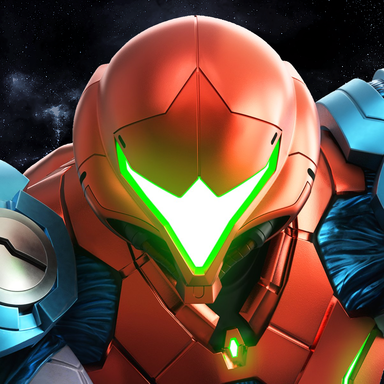 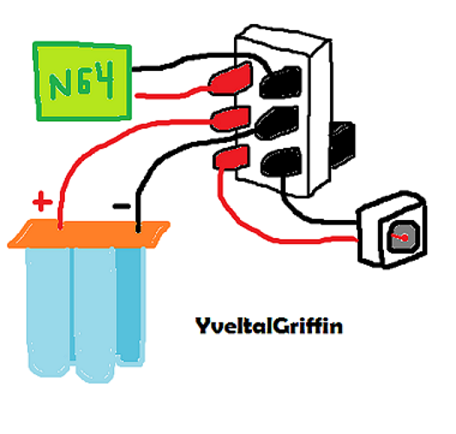 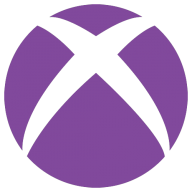 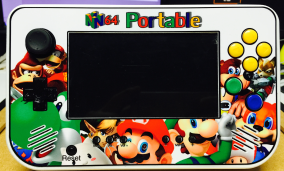 So it's been a bit since my last update but here ya go:

I managed to get it to work on a 3.5" screen I bought off amazon: 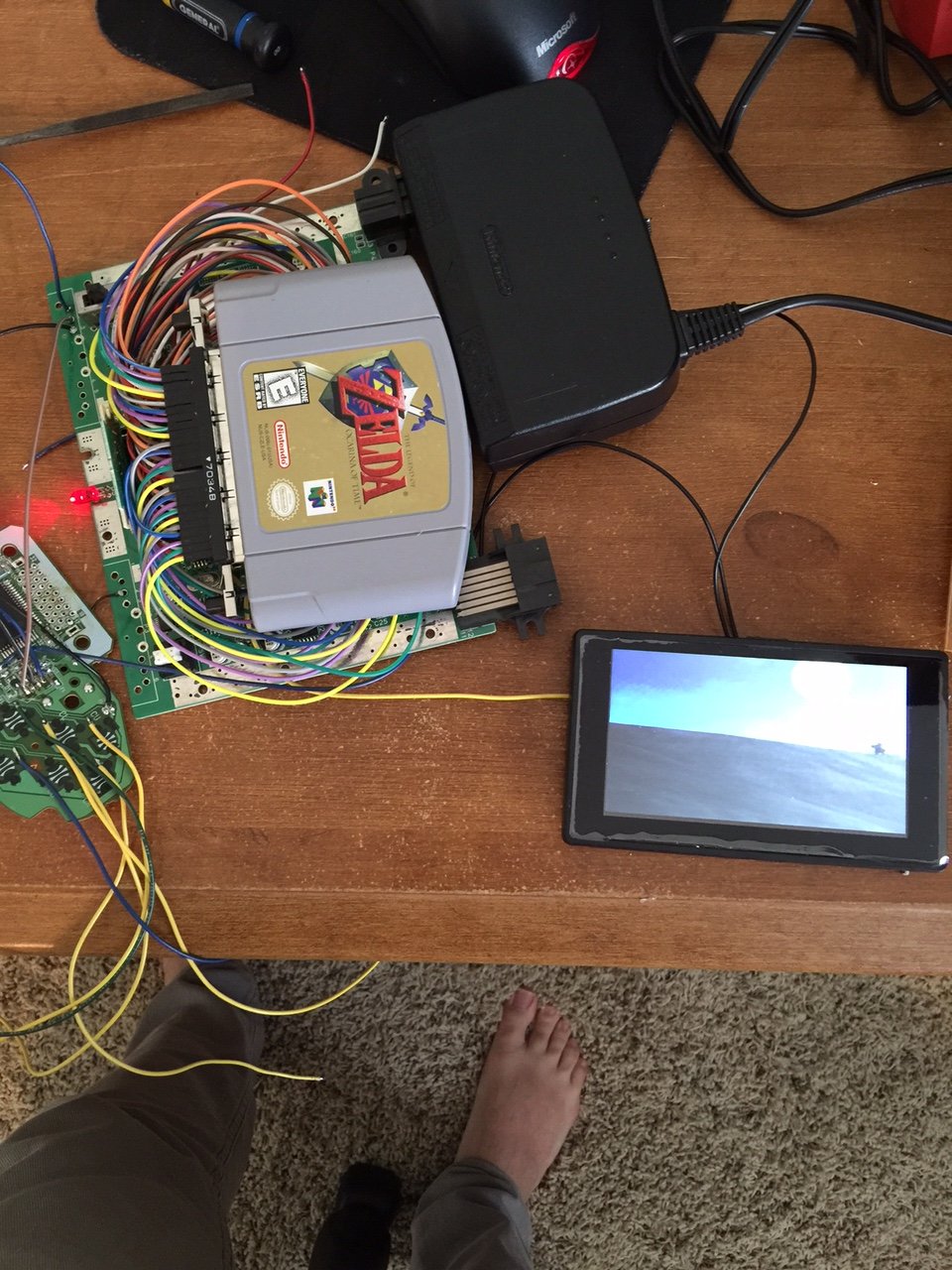 And although it fits (just barely) I decided I wanted to do a 5" screen instead. I'm still working on that part (the 5" screen isn't playing well with the n64)

I have been working on my case a ton: Something I learned from my first time using Bondo: Bondo is a huge pain to work with sometimes. The fumes filled the whole house, causing my mother-in-law to flee in a coughing fit, getting the right amount of hardener for the amount you are working on. Its gets everywhere, and it hardens waaay faster then I thought it would, plus it can leave a huge mess.

So basically my case looked like poop when I did it. I sanded it by hand for a few hours and spray painted it. But I thought it looked like crap so I decided to take an electric sander to it and the picture above is the end result!

So it's not amazing, but I love it! The pictures don't do it justice for how it looks and feels. It's very very smooth.

NOTE: I did purposefully fill in the speaker holes. I decided to go with just a headphone jack for this build. I don't plan on using speakers ever and because of time constrictions I decided to forego them.

I don't have a picture of it but I have it all hooked up to batteries and working! So I fill post a picture of that later.

I just need to trim the mobo a little, implement the Charge-And-Play circuit and then put it all in the case!

So it should just be another week or so before I'm done... hopefully.

Looks really good. Yeah, I would not recommend using Bondo in the house. My mom won't even let me bring Bondo'd stuff into the house until it's totally cured and fume-less.

If you want to, maybe try Bondo Glazing and Spot Putty in the future to give a preliminary smoother surface to cases. I haven't tried it myself, and I'm curious as to its abilities to smooth out pinhole-size dimples.

Thanks! I'll look into that.

I also have some more updates that I will be posting here soon! 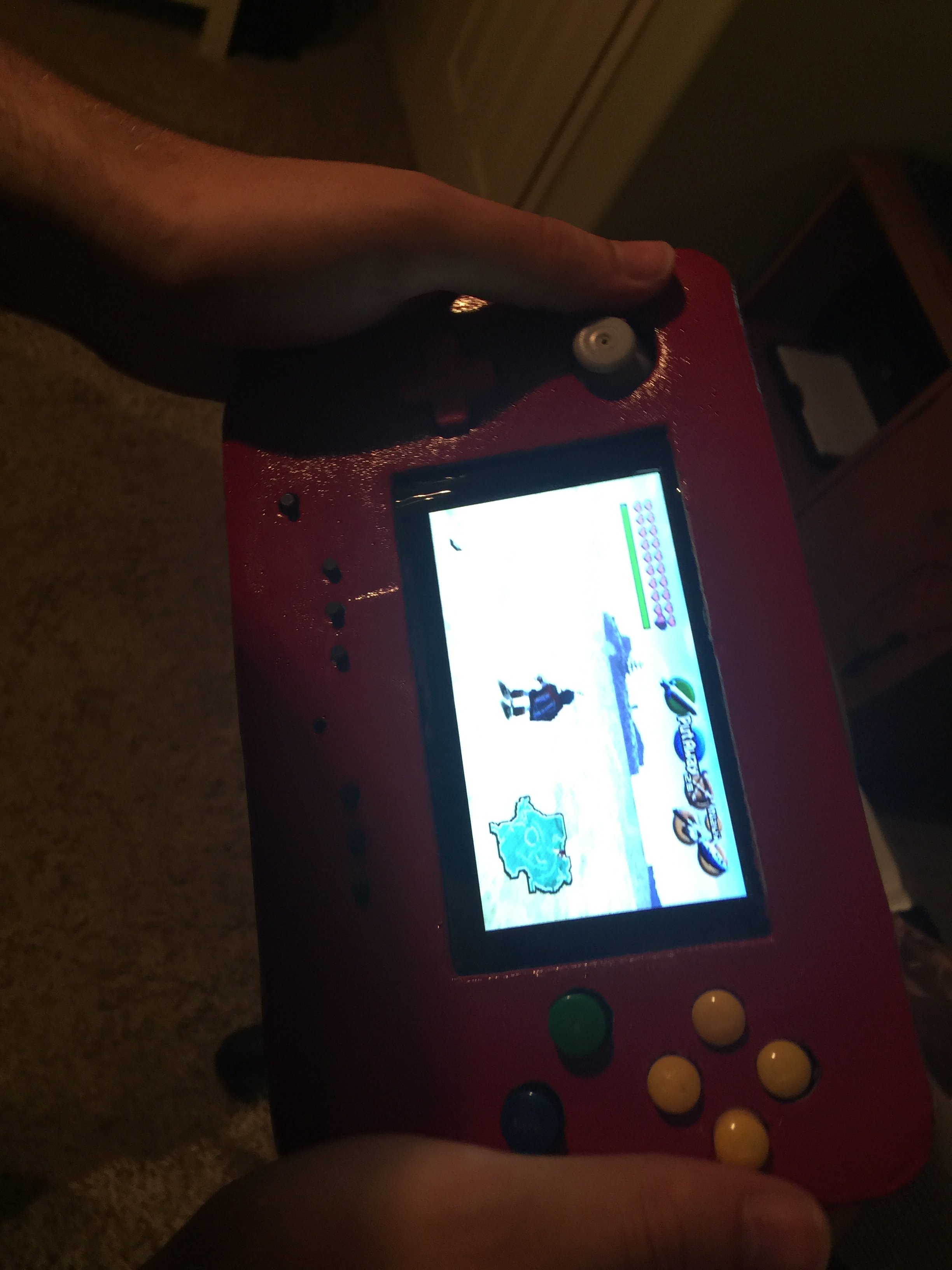 
Here are some nudes: 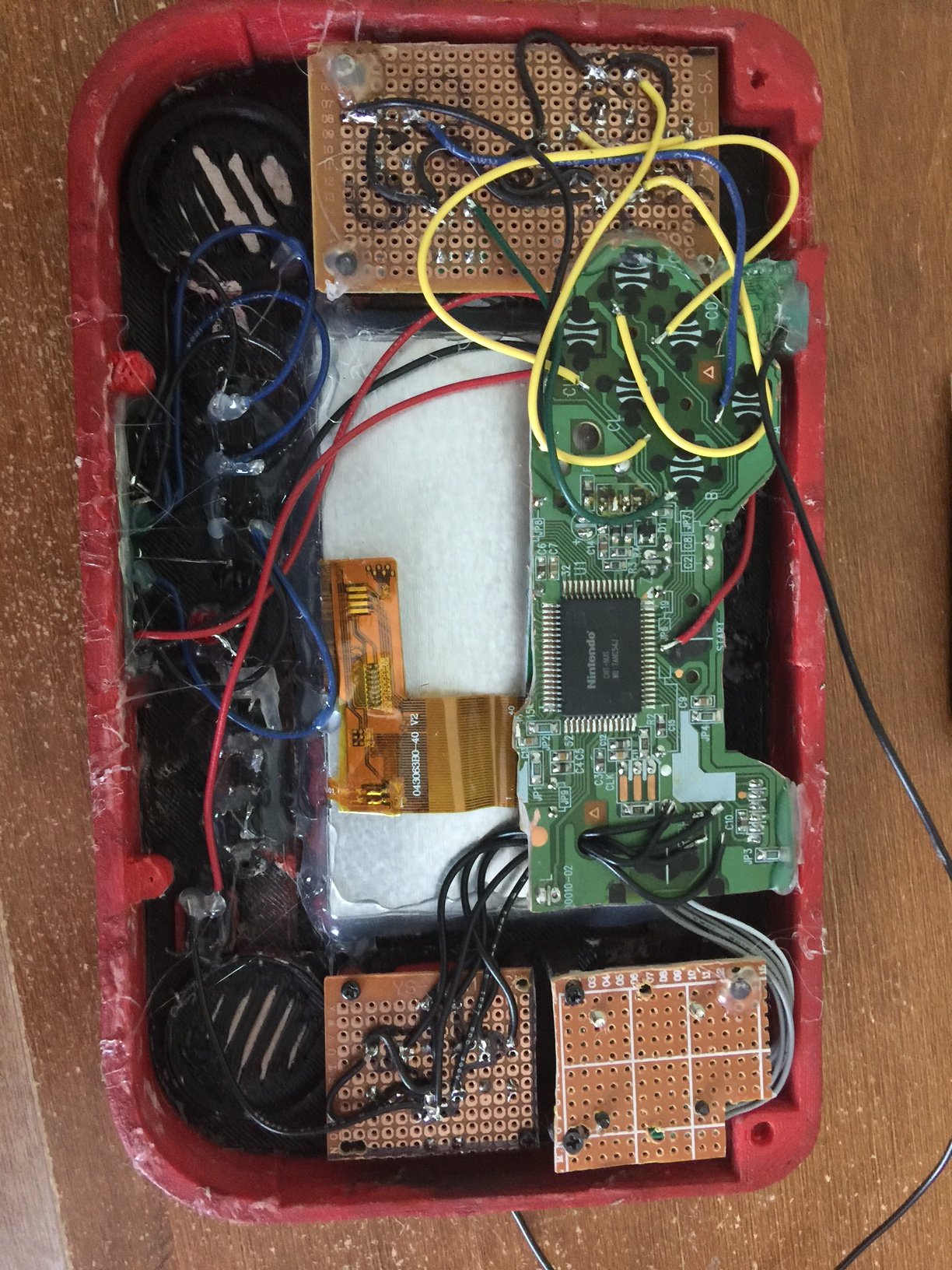 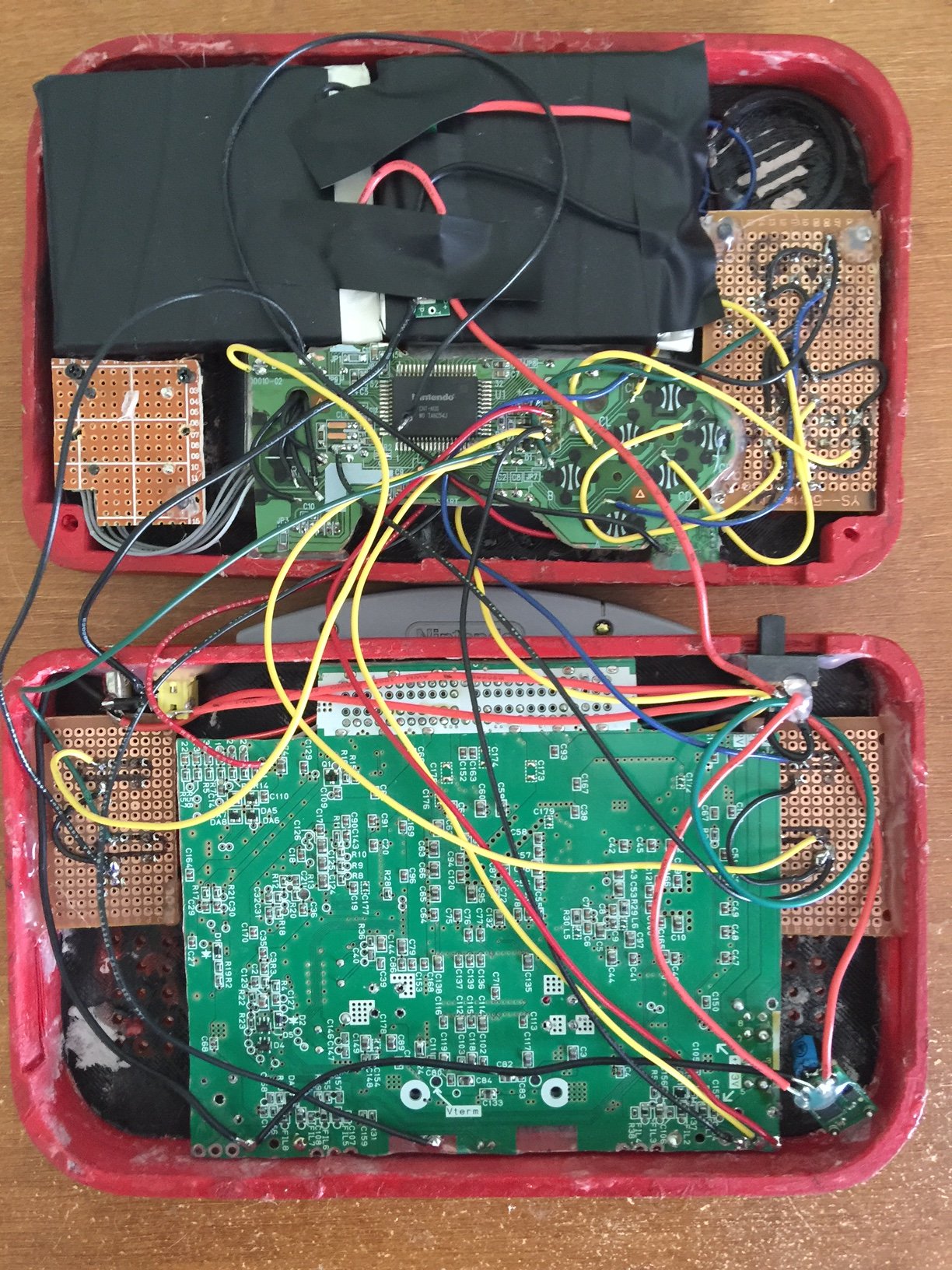 The wiring isn't the best, there are some case flaws, but it plays great and works!

For my first portable ever, I'm really proud of it.

Here is the final look: A huge thanks to everyone in this community, I couldn't have done it with out all the sweet documentation and hard work of the BitBuilt team!

I am still thinking of a name for this one, so if you have any suggestions, let me know! 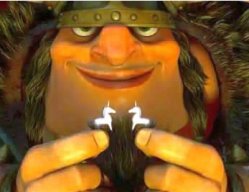 I am still thinking of a name for this one, so if you have any suggestions, let me know!
Click to expand...

...It rolls off of the tongue better than the keyboard.
You must log in or register to reply here.
Menu
Log in
Register
Top