Hi guys, this is my build log for my take on the Concept UFO that Alienware showed off earlier this year.
I'm not aiming for a 100% copy, but I want it to be quite similar in appearance since I love how it looks and the idea behind it. I've had a little bit of a head start as I've been planning to build a larger handheld since late last year and seeing this concept in January really kicked me into gear on working on my design. This will also be my first go at designing something "ergonomic" so it will be interesting to see how it goes!

The reason I chose this as a project is that a lot of the games I played when I was younger were on the PC. We had a playstation but aside from that my only other option was a PC. My first portable covered all the Sega and Nintendo stuff I missed out on as a kid and now I'm looking for something to re-live some of my favorite older games and what better way to do it than on a system that will run them natively? After quite a bit of research I decided that my best bet price/performance wise was to purchase an 8" windows tablet, gut it and design a housing for it. There were plenty of other options but to get any more power in a package this small I would be looking at A LOT more money and I'm just not willing to spend that much at the moment.

So with all of that in mind, here's my proposed features list:
The biggest hurdle for me on this one has definitely been coming up with a housing design that can be machined, since I don't want any 3D printed components on the final product.

I've mostly finished the external design of the housing, still a lot of work to do on the controller PCB's and internals but here's a picture to give you an idea what I'm aiming for. 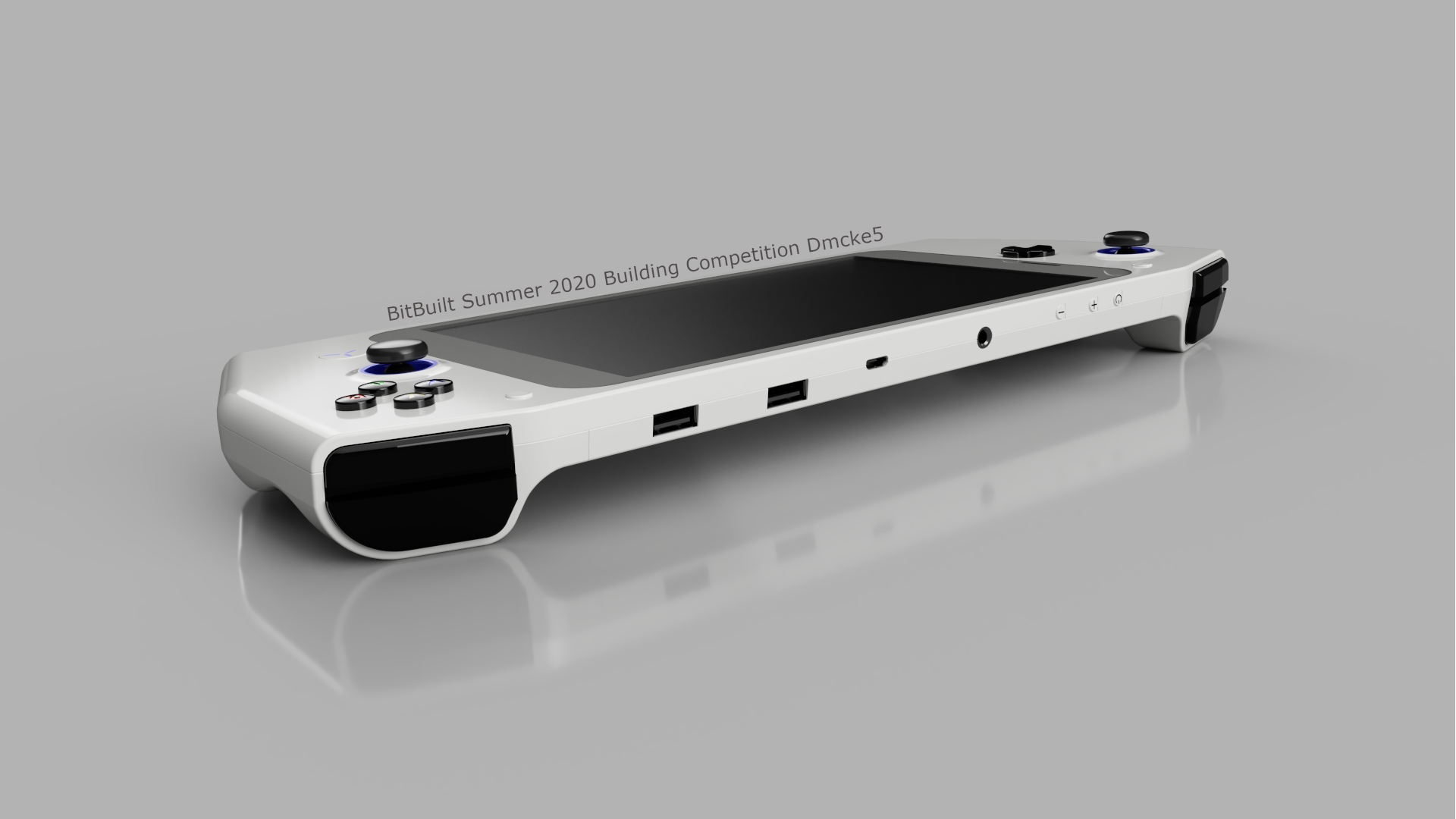 Thanks mate, I do like Fusion 360 for rendering. Does a good job with just the included textures, so no need to put in a huge amount of work to get a semi-reasonable result.
Projects:
Switch Lite Sized Pi Portable
DIY Concept UFO
Retro Lite CM4 (StonedEdge & Dmcke5)
Clone Hero Controller
Gameboy PiPocket Zero

This will be pretty dope as long as you don't make the bezel off kilter like they did, makes me so a n g e r y

Doom said:
This will be pretty dope as long as you don't make the bezel off kilter like they did, makes me so a n g e r y
Click to expand...

Couldn't even if I wanted to! I'm using the original digitizer from the tablet so I have no way of changing the shape. 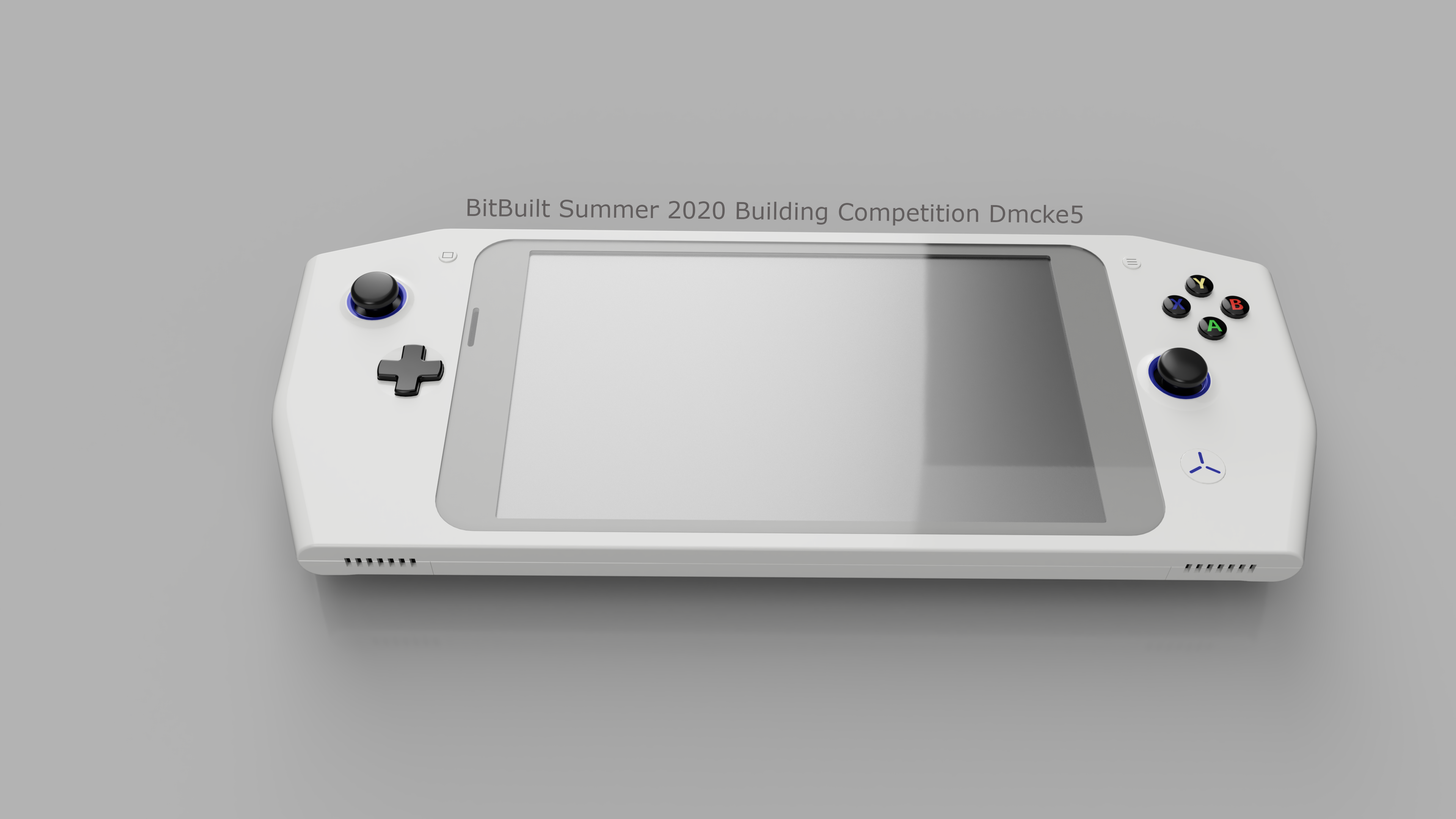 Oof them renders tho, make it happen my dude
"If you think a hot dog is a sandwich, then you're an idiot" - GingerOfOz, Sage of our era

Stitches said:
Oof them renders tho, make it happen my dude
Click to expand...

Oh it's happening. Already got some parts partially done, just need a bit of time to get some pictures up (although my first pictures don't have the contest tag in them since I started making parts a week ago).

Here's a test print of the front half of the housing. I've done a heap of test prints over the last month or two until I was happy with the shape of the grips and button locations. Haven't got pics of them though. 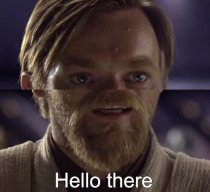 What hardware are you gonna put in that can run windows games tho?
I don't like sand. It's coarse and rough and irritating and it gets everywhere. Not like here. Here everything is soft and smooth.

wudopecker said:
What hardware are you gonna put in that can run windows games tho?
Click to expand...

Don't forget the part where I said "early 2000's windows games".
It's not going to play anything modern (except maybe for steam link).
It's an Atom z8350, 2gb of ram, and a 1920x1200 display. I've tested it on need for speed underground, and the first halo and it runs both great. Will probably handle most games up till about 2005 without having to compromise too much on the quality settings.
Projects:
Switch Lite Sized Pi Portable
DIY Concept UFO
Retro Lite CM4 (StonedEdge & Dmcke5)
Clone Hero Controller
Gameboy PiPocket Zero

So here's the first few bits I started about two weeks ago, just some of the small PCB's for the charge port, headphone jack and the shoulder buttons.
The shoulder button PCB's are designed to use PS4 controller shoulder button rubber inserts since they were about the right size for what I was looking for. They will be soldered at 90 degrees to the main PCB's using the tracks that come down either side of the PCB. They will be supported by the hand grip section so I don't need to worry about the strength of the solder joints as they shouldn't have any load on them.

The charge port was an important one to test early on since the pin spacing on the Micro USB connector is 0.65mm which is getting close to being as fine as I think I can manage with a PCB on my machine. It managed it nicely which makes me more confident that I'll be able to do the 0.5mm spacing on the ribbon connectors for the switch joysticks on the main PCB's. 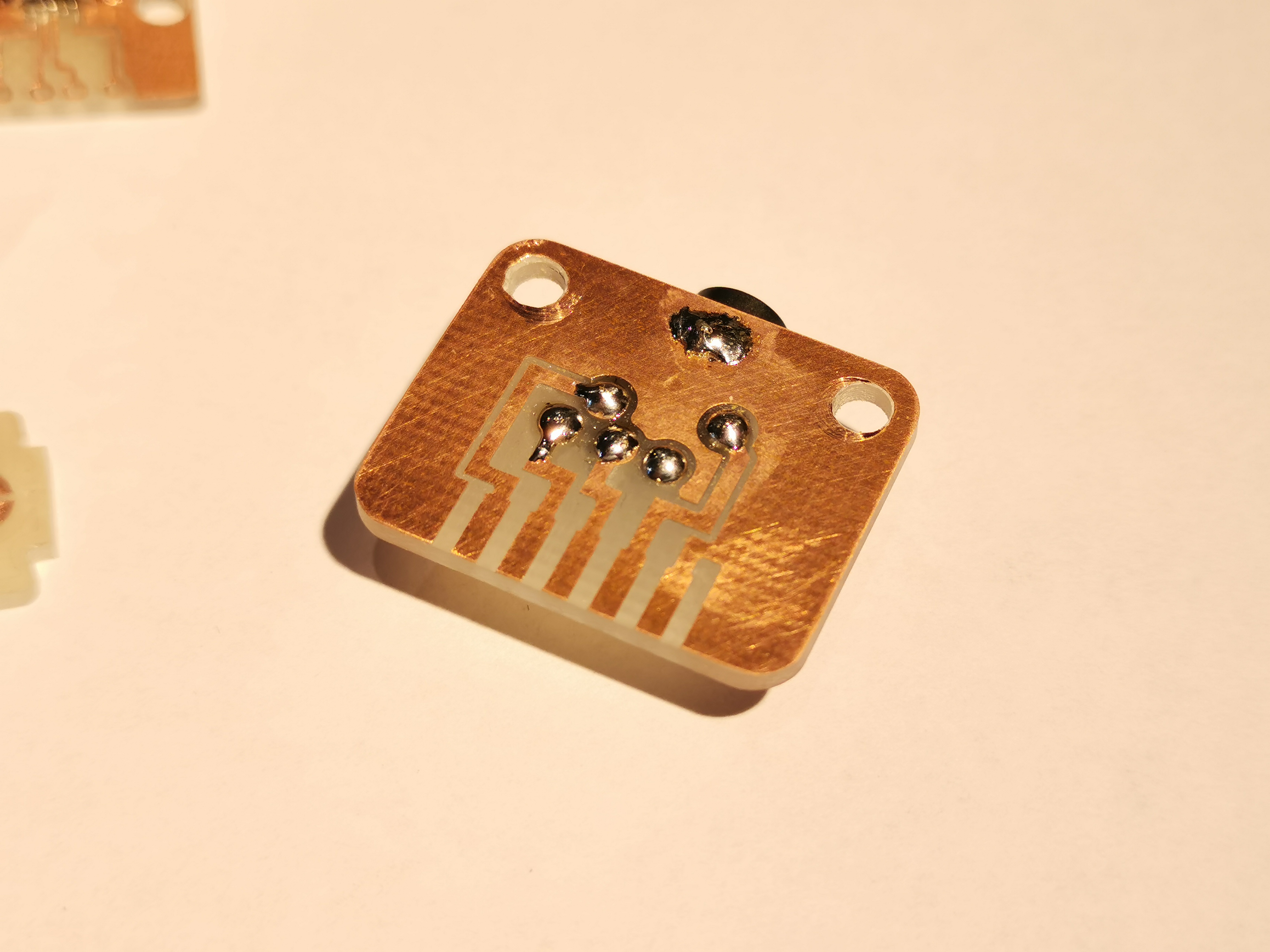 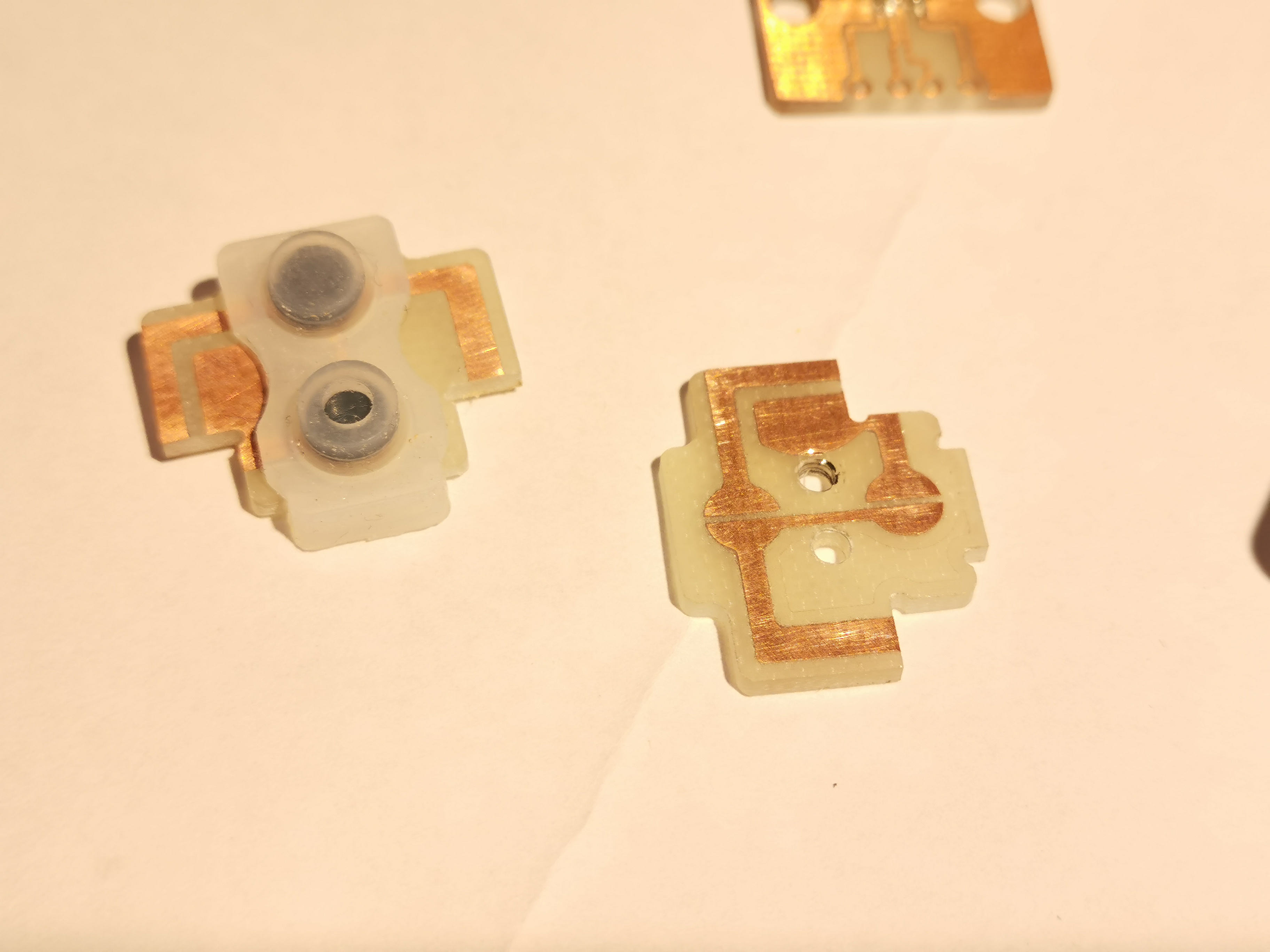 This weekend I machined the inside of the front part of the housing. This is the largest single part of the entire job. Total machining time on this part so far was roughly 5 hours. Three of those hours were just with the 4mm end mill which did the bulk of the work. The finer details were done with a 1/16th end mill which took about an hour. The rest was just a bunch of small holes, a combination of 1.6mm for tapping M2 and some 2.5mm for tapping M3. Even though this is the largest part of the job its probably also the most straight forward asides from the rear cover, anyway. I'll need to get a bit creative for the rear grips and some of the other parts since they are quite an unusual shape to hold down on the machine.

Also massive thanks to my neighbors for not complaining about the 5 hours of constant machine noise and the air compressor running to keep the coolant mister going! Hopefully the outside of the front cover that I'm running this afternoon will only take an hour or two! 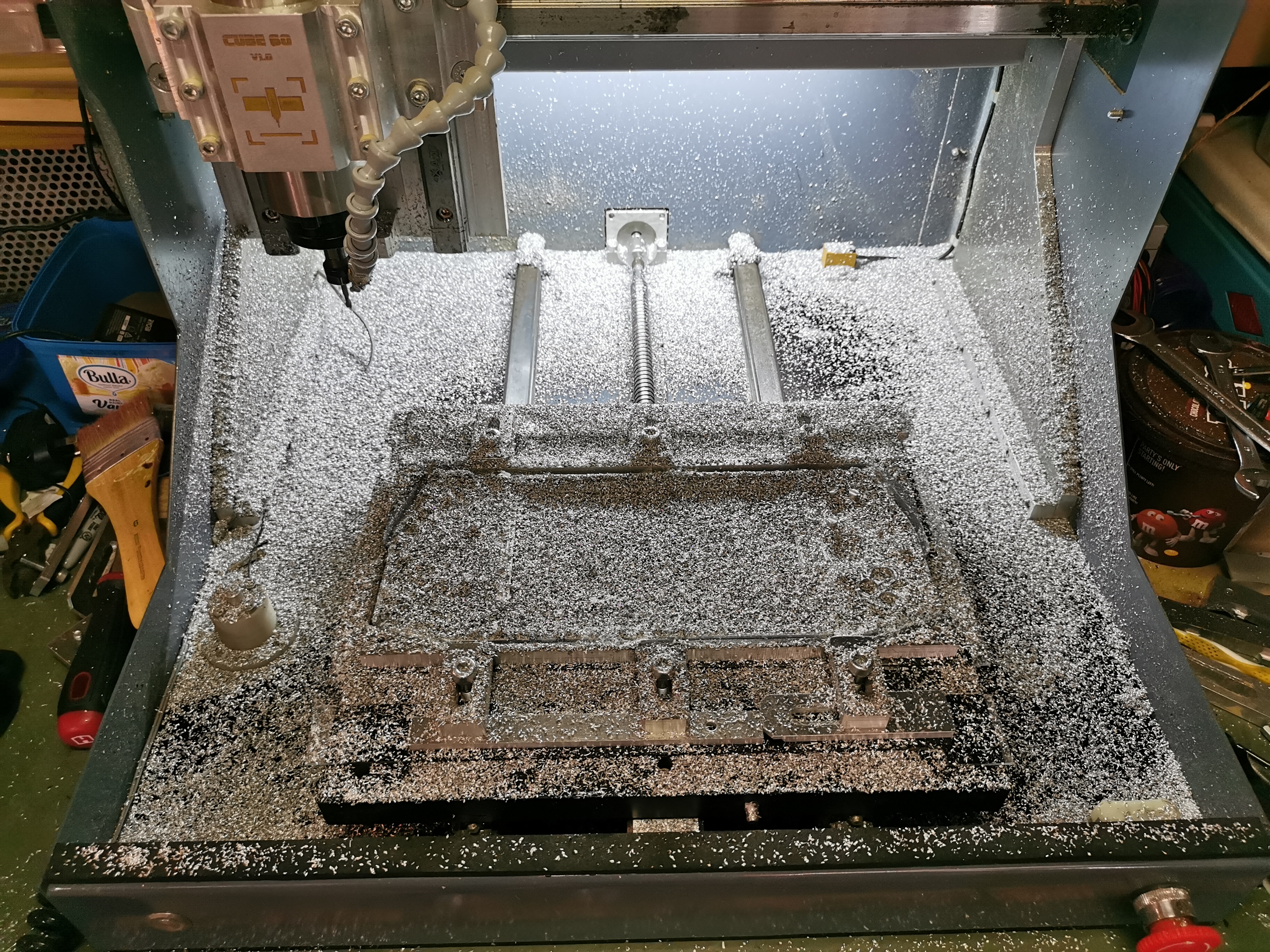 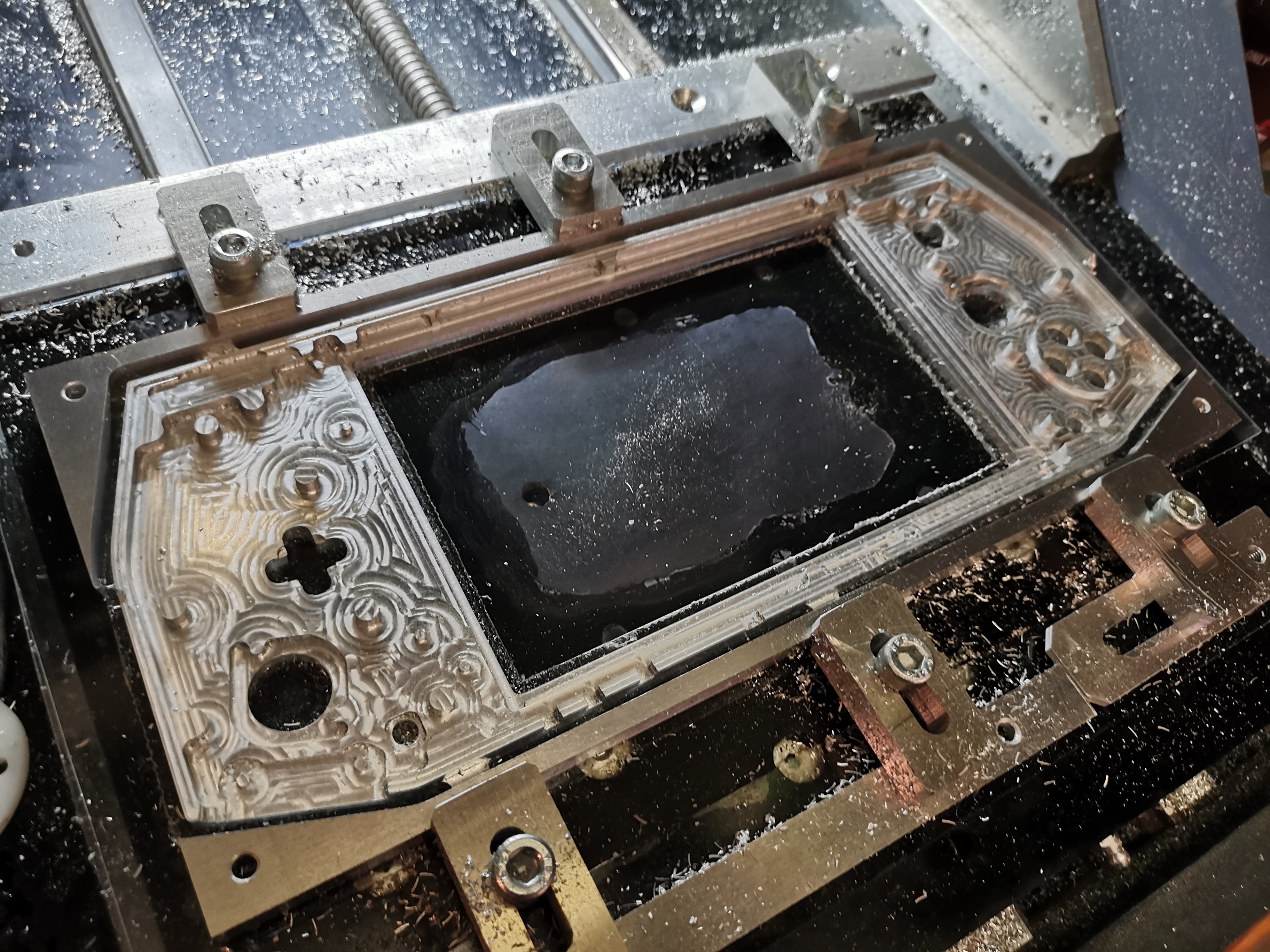 Second side is all set up for machining! Fingers crossed! 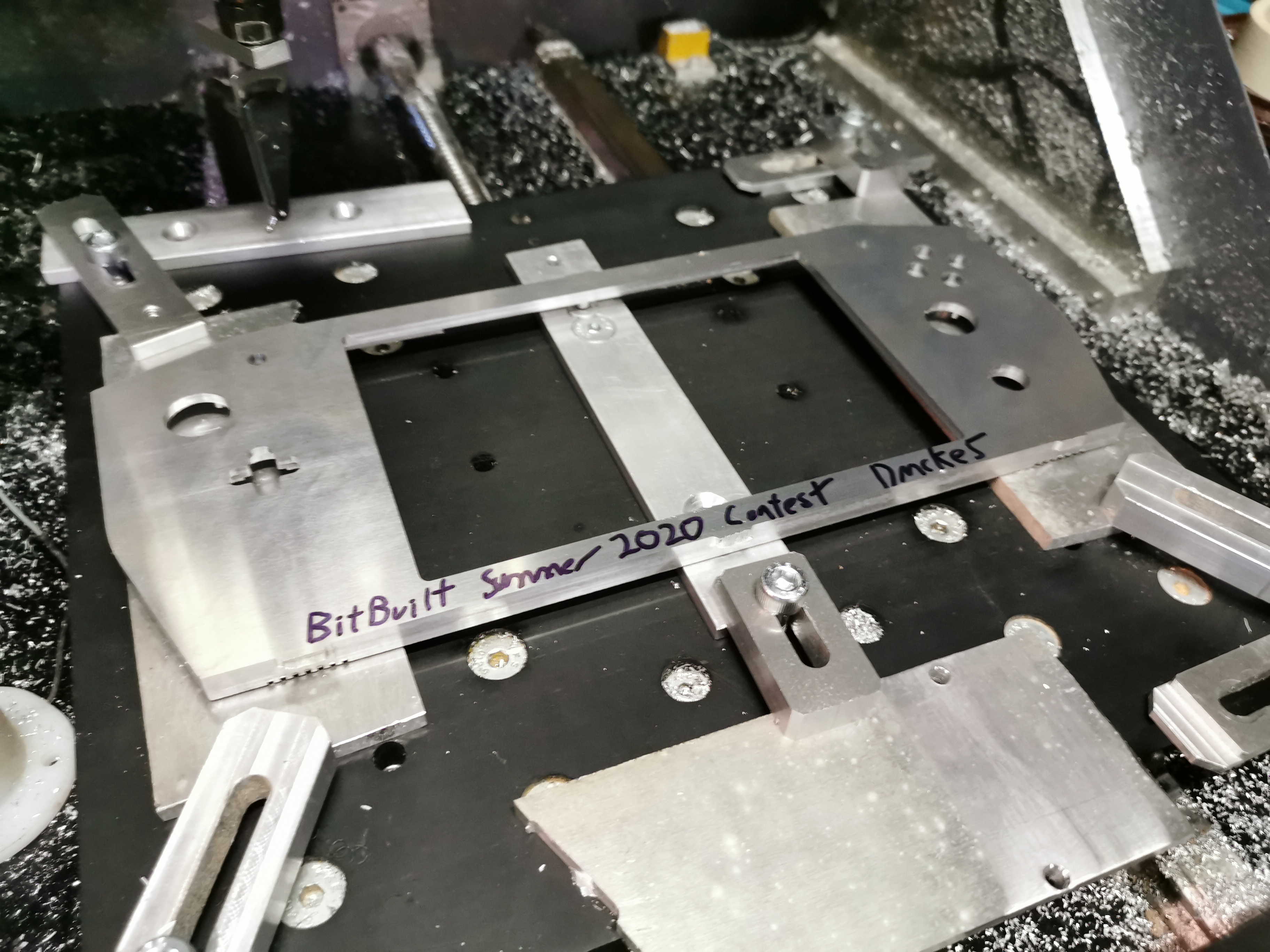 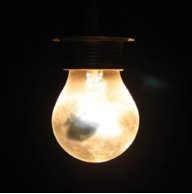 That there is the kind of beautiful I like looking at!

I am speechless, this is a work of art
If you want to support the development of my projects, consider becoming one of my patrons: https://www.patreon.com/aureliomannara.

Oh man, words can't describe how happy I am with how this came out! I swear the photos don't do it justice!

0.02mm step over on the 3D machined parts. This side took another 4 hours or so of machine time. The first two hours were just roughing out the stock down to the surface. Most of that was done by about 6:30pm, then the rest of quiet 3D machining ran from there. Hopefully didn't annoy the neighbors too much!

I'm too excited to get a feel for the whole thing, so I'll put the CNC on hold for tomorrow and 3D print some temporary rear grips so I can see how the whole thing feels in my hands. 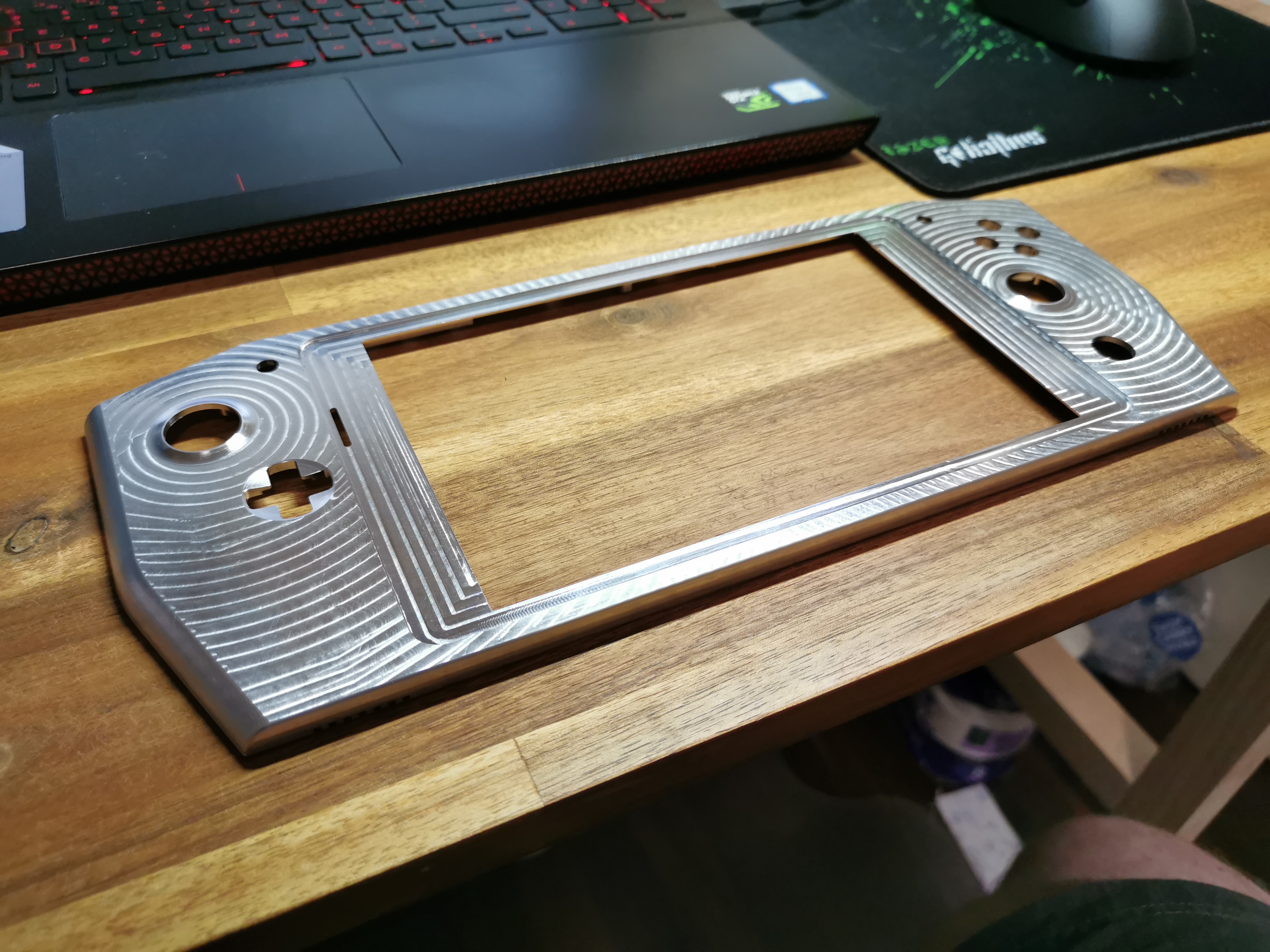 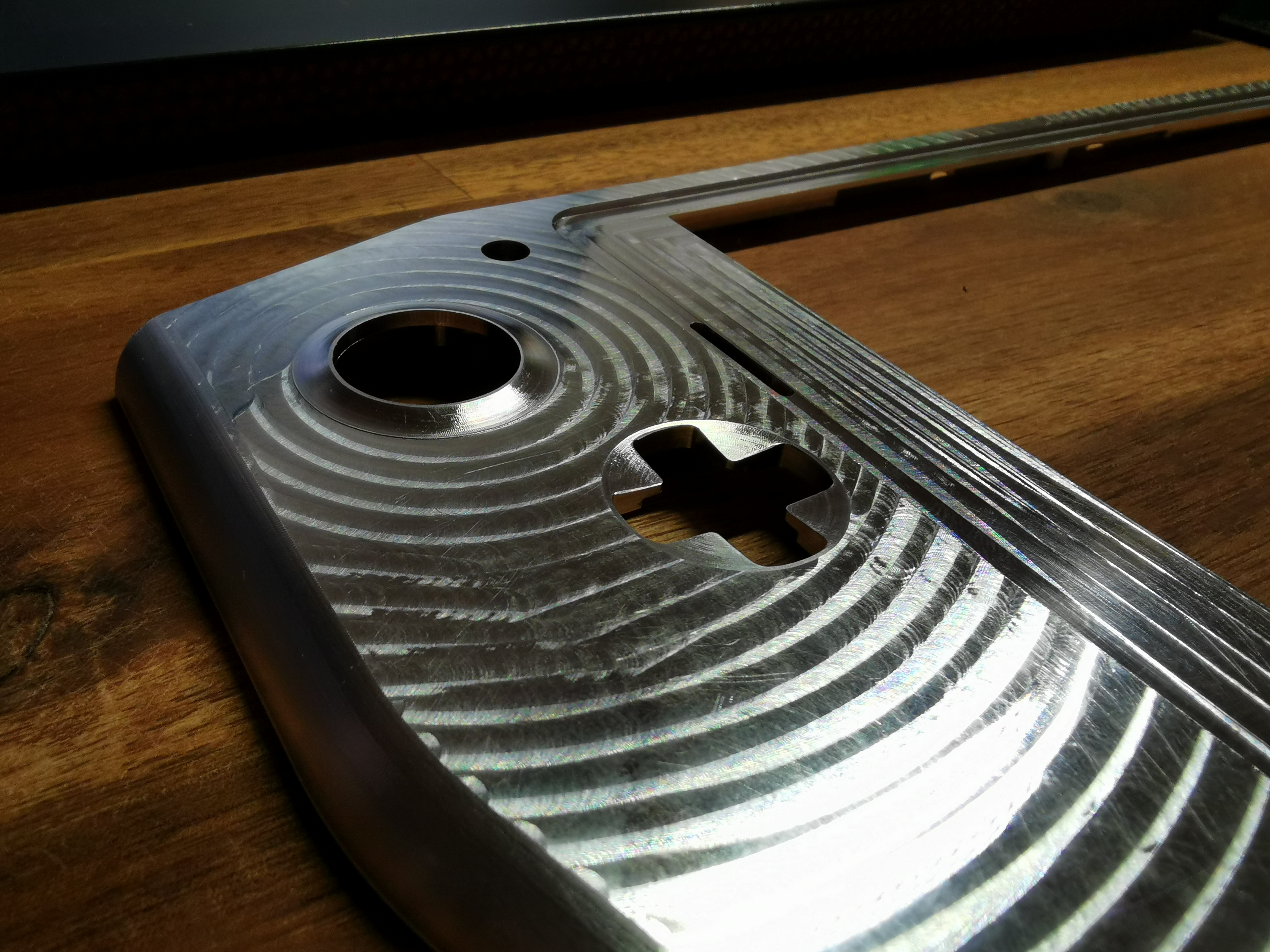 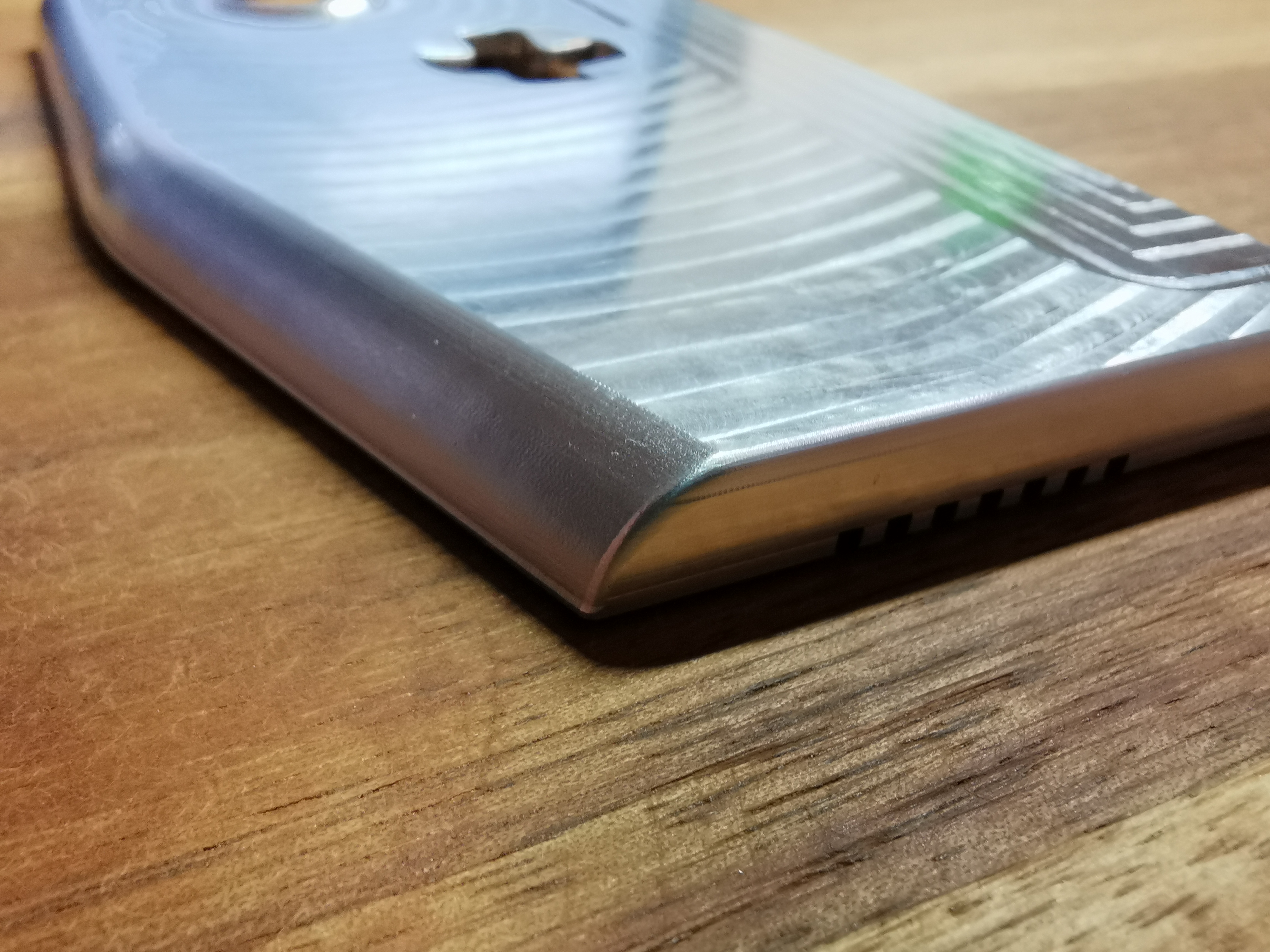 I feel like we are just getting flexed on, but great job!
I don't like sand. It's coarse and rough and irritating and it gets everywhere. Not like here. Here everything is soft and smooth. 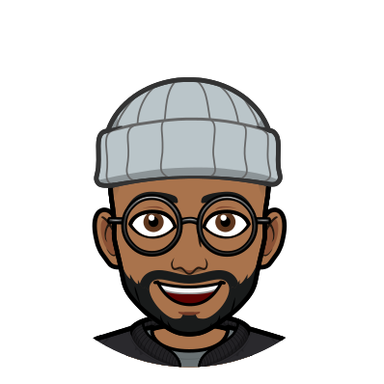 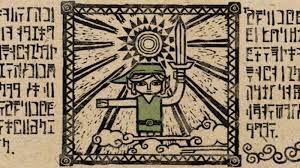 holy cow, I cant wait to see how the final thing looks.

Wew, that thing is gorgeous. Keep those sexy pics coming!
You must log in or register to reply here.
Menu
Log in
Register
Top