Bit of a weird one and it's obviously not a console, but thought I should start a thread anyway in case anyone is interested or has any input.

A mate of mine recently made me aware of the resurgence of guitar hero style games in the form of clone hero. Apparently guitar controllers are difficult to find these days as the best ones for the job are the Xbox 360 wired controllers and they are few and far between. So I decided to design my own in the most economical (for me) method possible.

Since I have ready access to CNC machinery I figured the easiest/cheapest way for me to build a guitar shaped controller would actually be to build it like a real guitar. I'm only going to use MDF for the body and pine for the neck as I don't want to be spending heaps on materials.

Electronically speaking, I'm planning to use cherry MX switches for the fret buttons and strum bar (both on their own PCBs) and an Arduino pro micro clone for the PC interface. Haven't put much work into the whammy bar or start/select buttons yet but that should all be fairly simple. Still need to come up with an idea for the star power button. Apparently some of the competitive streamers use a foot pedal for that so they don't have to take their hands off the buttons.

I've still got a fair bit of design work to do, but here's a couple of quick pictures anyway. Let me know what you think so far! 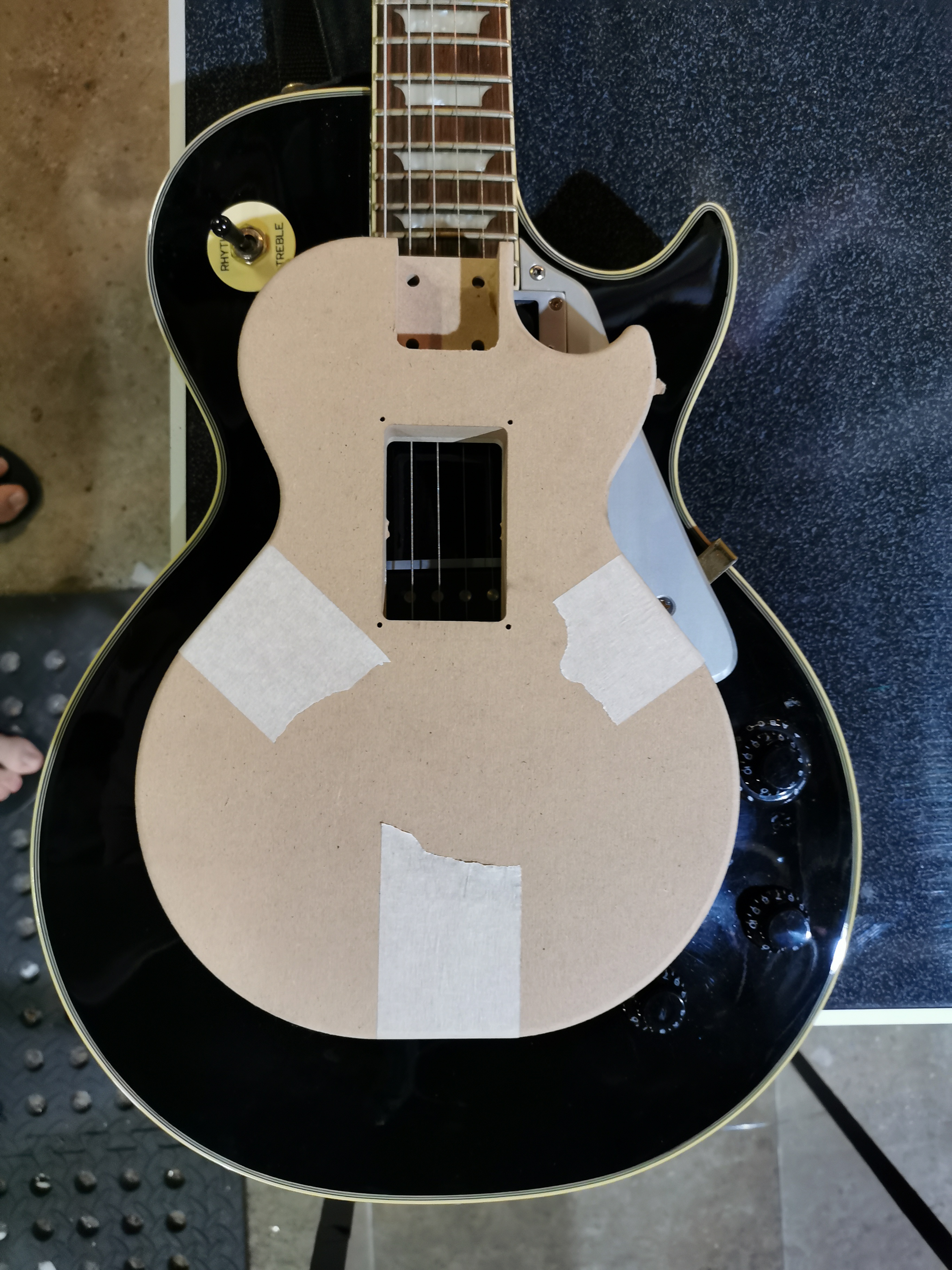 Awesome!! But as a clarification, the optimal clone hero setup is a Wii guitar hero controller + the Raphnet wired adapter, as it can achieve a 1000Hz polling rate.
Ashida | GCC Emu | Wii Micro | Portable #1 | Portable #2

jefflongo said:
Awesome!! But as a clarification, the optimal clone hero setup is a Wii guitar hero controller + the Raphnet wired adapter, as it can achieve a 1000Hz polling rate.
Click to expand...

Ah, my mistake! I think my mate may have said something along those lines too, but maybe that he preferred the Xbox 360 ones for easy of use. Either way, hopefully I can achieve something nice and responsive like the Wii+Raphnet combination!
Projects:
Switch Lite Sized Pi Portable
DIY Concept UFO
Retro Lite CM4 (StonedEdge & Dmcke5)
Clone Hero Controller
Gameboy PiPocket Zero

Now I've made the neck I can safely say without a doubt that it's too small. I'm going back to redesign it to be "bigger" whilst keeping the length the same.
Damn it looks cool so far though! 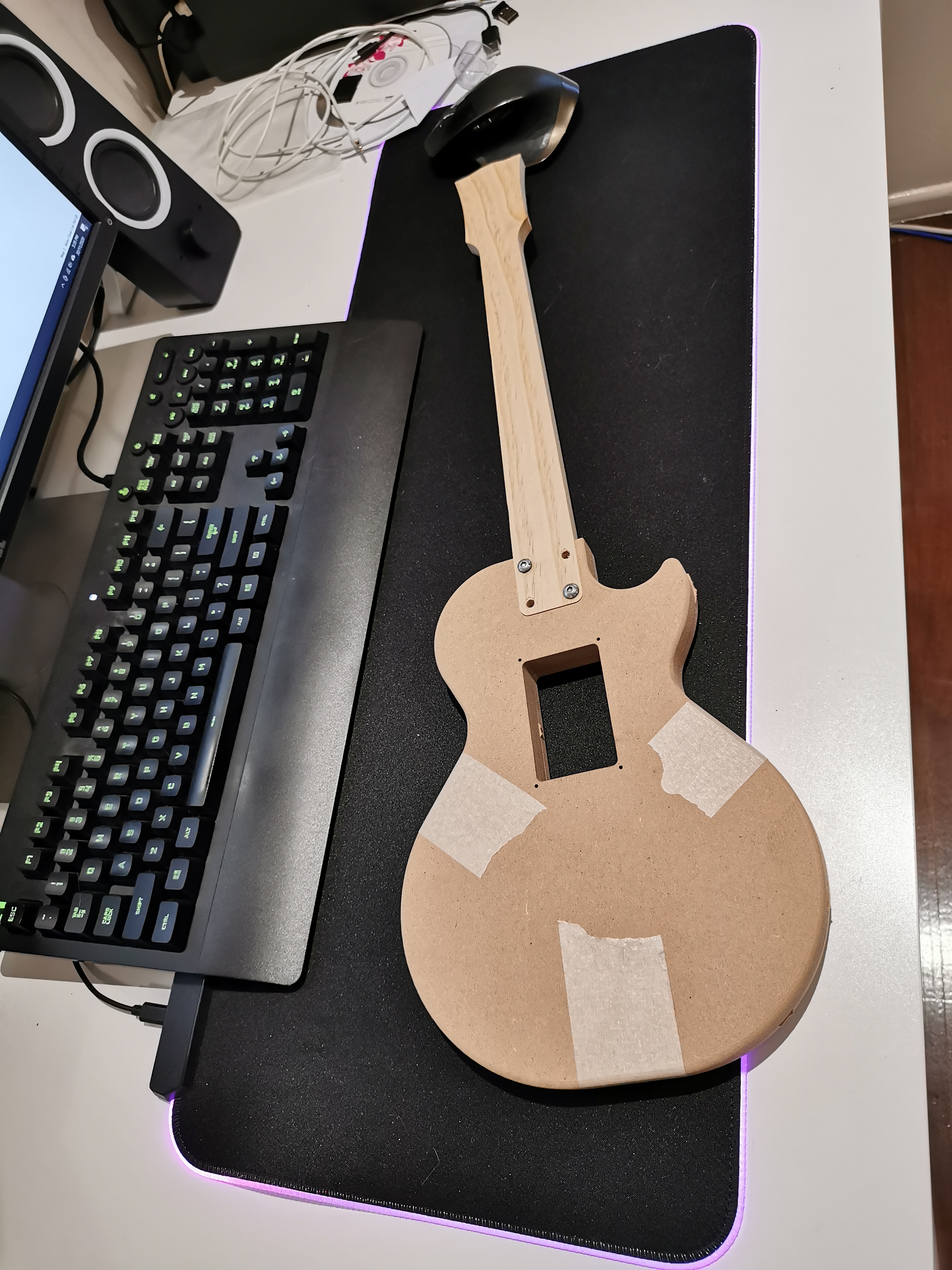 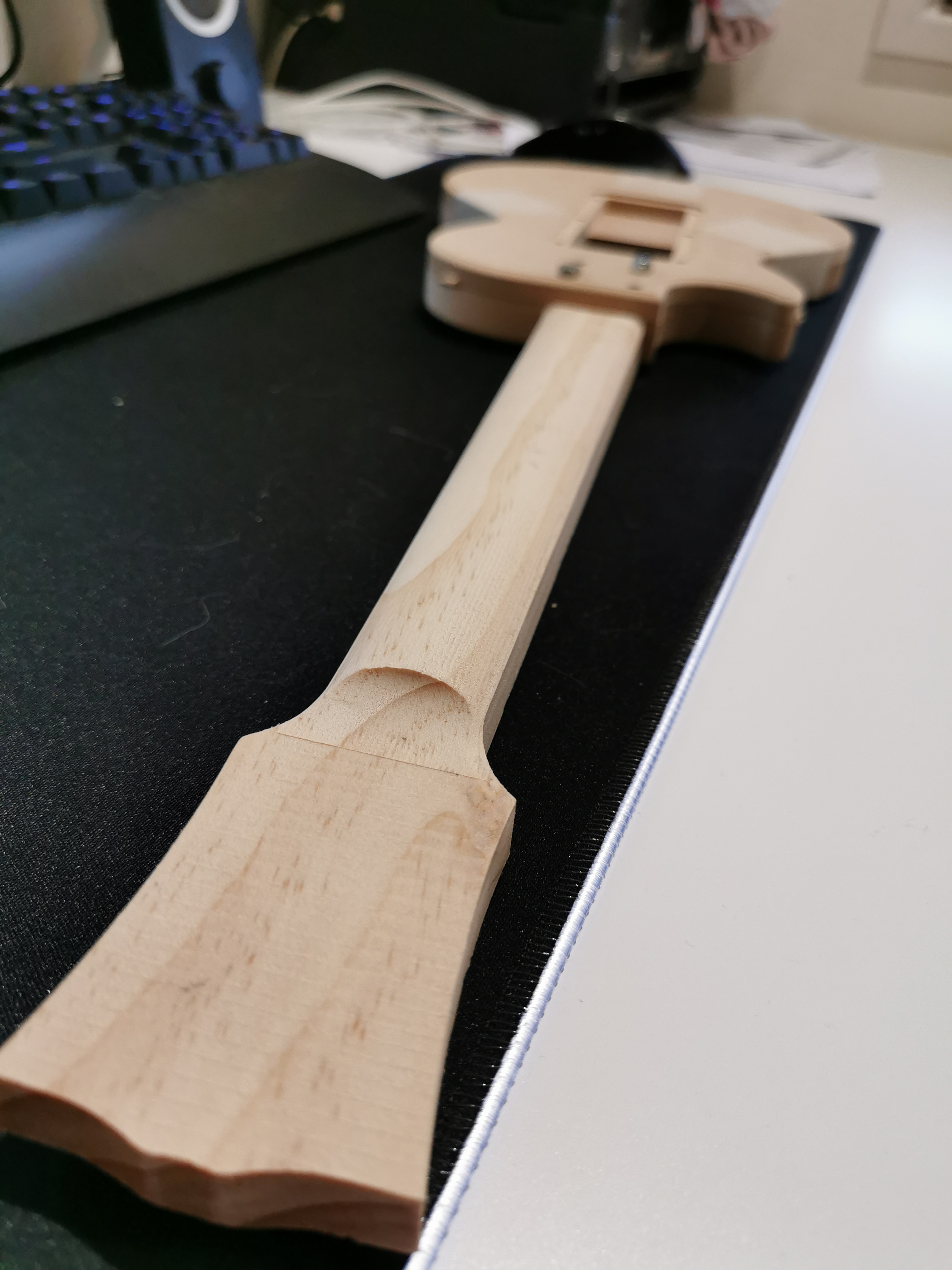 Just need to make a rebate in the neck for the button PCB and run some wires and I'll be able to hook it up and start testing! Strum bar feels good. Click is a little soft though so I think it would benefit from some firmer mechanical switches. I've got Cherry MX Blue's in it at the moment I might order some greens and see how they feel in there.
Button caps and strum bar are all printed currently, but I will make a silicone mold and cast them in resin once I know I'm happy with the design. 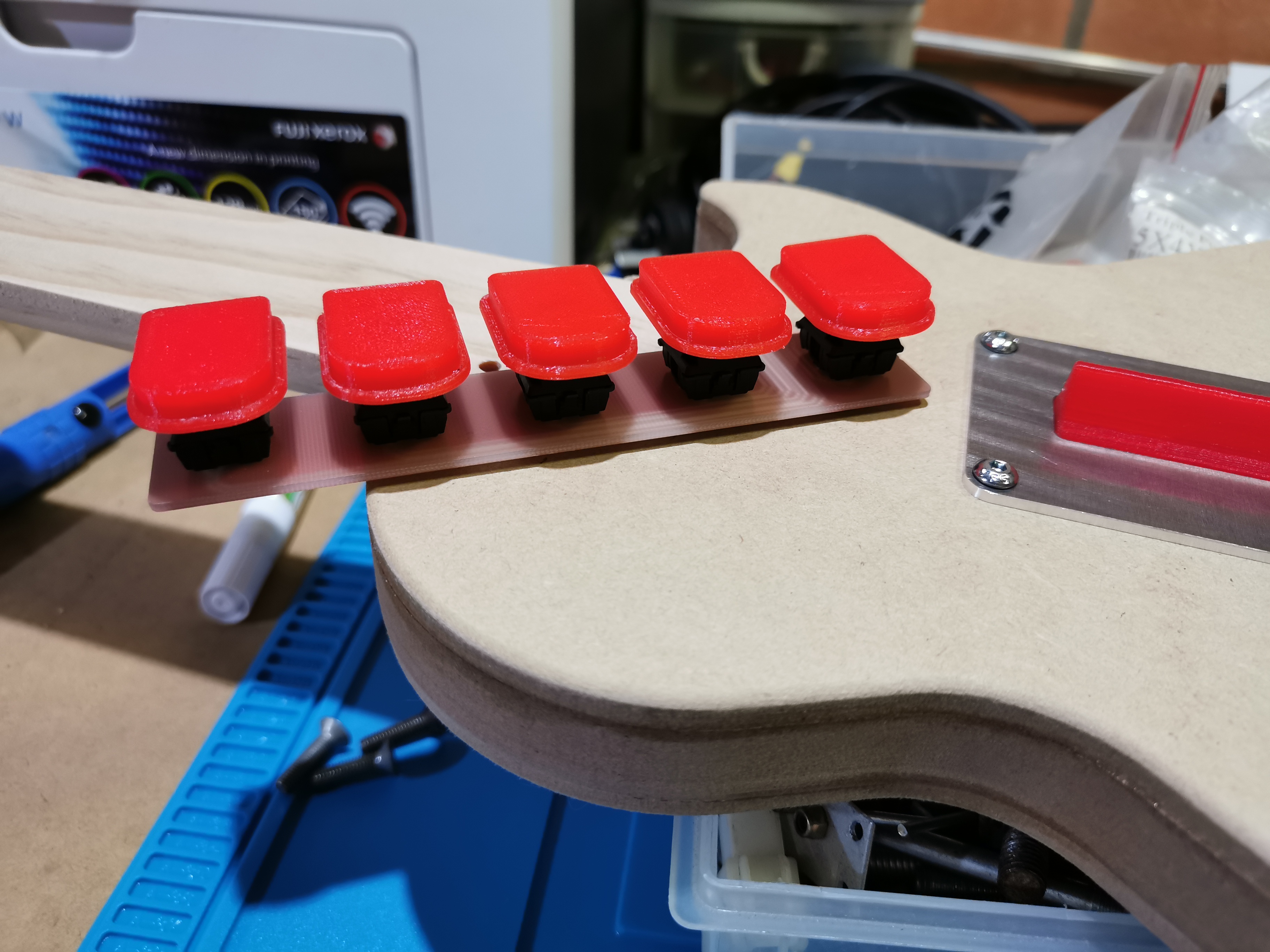