Hello, I've been woking on this project for a bit now, mostly doing research (lots and lots of research). I think I have decided on a portable Computer, that can run a fair mount of indie games, and probably some higher level emulation. I've looked at previous attempts at a DIY and most of them seem clunky, unfinished or just not powerful enough to run any games I would like to play. I would love an Aya-neo but I doubt those are going to be out for a while.

Over the Spring I've been lucky enough to get a decent graphics card and built a gaming pc. Having to go onto road trips and such has made me wish for a handheld version of a PC, though I think being able to play AAA games won't be in reach right now, being able to play PC terraria on the go, along with Persona4 and Persona5 are my goals for this project. Being able to play dark souls on the go with my switch makes me dream of what I might be able to achieve.

I plan to use a Latte Panda Delta 800, its got decent enough specs, and it should be powerful enough to run most 2d games, and up to Wii/PS2 games, and even though emulation isn't perfect, it should be sufficient enough for my needs.

-1TB SSD storage
I'm using an M.2 drive, I'm hoping that the big storage won't be too detrimental to battery life or heating.

-5.5" 1080p Monitor + Multitouch screen
I wanted to use a 7" full HD monitor but apparently they are pretty rare, and the ones that do exist cost more than I want to spend. 5.5" should be good enough for most games, but if 5.5" turns out to be a detriment, I'll shill the money for a bigger screen, either trying for a 6.2" or 7"

-Latte Panda alpha 800
Its got battery integration for the most part, so that's why I want to go with something like this instead of an amd dev board, even though that would definitely have more power for gaming and such.

-8GB DDR3 RAM
it is DDR3, but there's not much I can do much about that since it's integrated

-Operating system
I kind of want to use something like a dual boot between recalbox and Windows, but I think I'll probably just running everything through windows


I've been wanting to go for a Nintendo feel, so I was gonna go with a switch lite form factor but it was too small to contain everything, and the way to fit everything would be to make it thiccer, but I don't want to go over an inch of thickness. 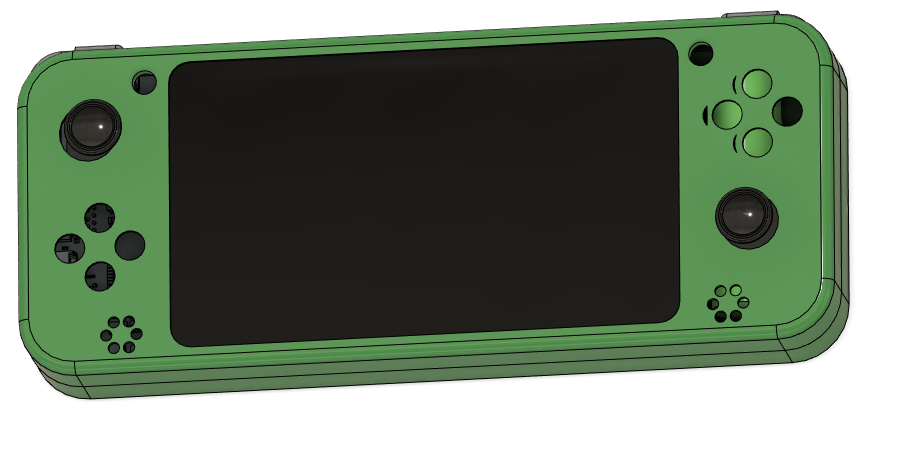 I tried to make it wider, but Fusion didnt like that and I've tried to fix it but fusion said no. which made me sad cause I printed a bunch of test pieces that were really promising, I've through most of them out but heres a pic of some of them. 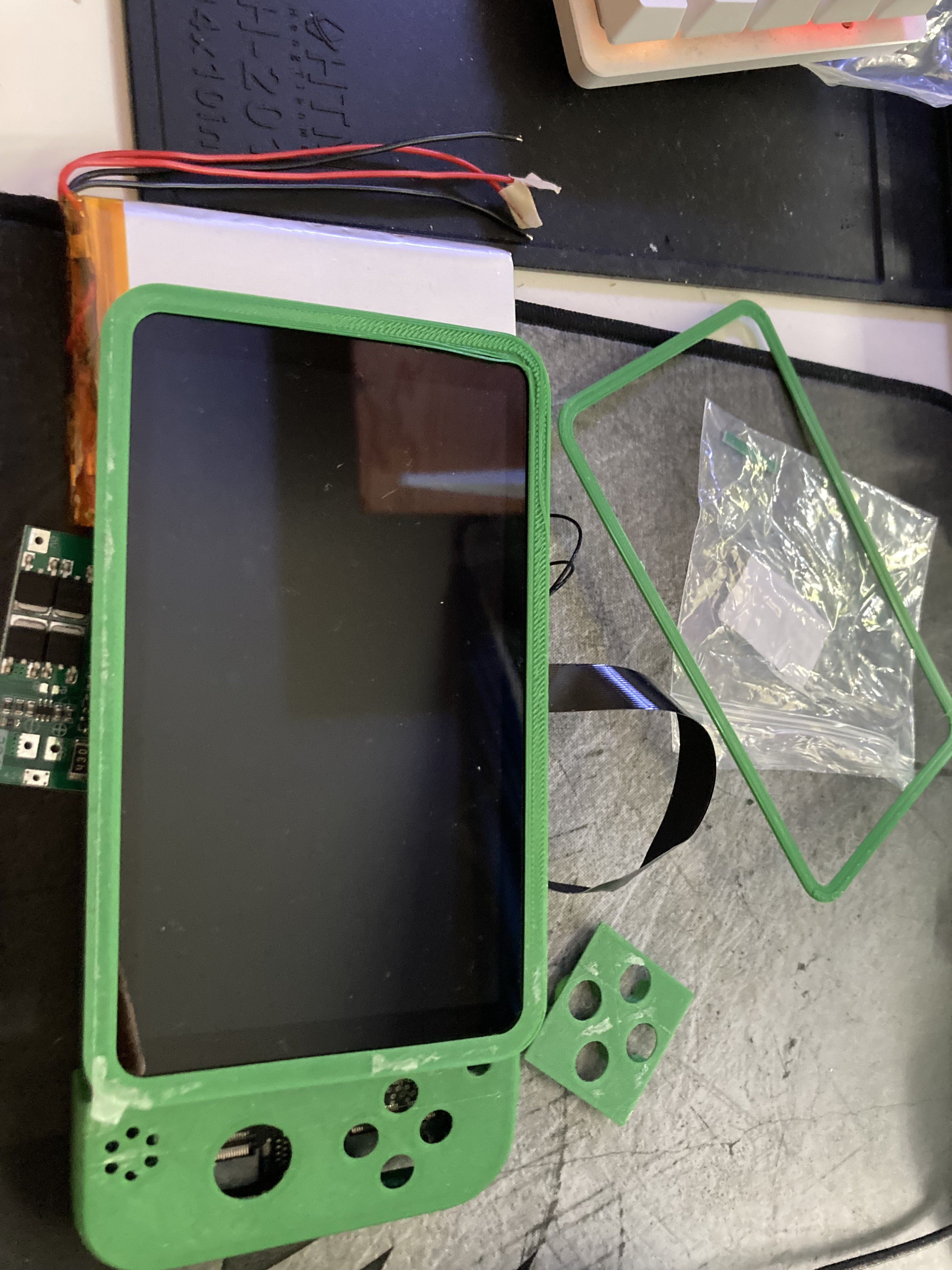 thankfully though I know the bezel I printed is the perfect size, so atleast I can use that.
I was going to go Nvidia portable form factor, but it wasn't nintendo enough for me, so I decided to go with that one modern gameboy concept that I love.

I've messed all day with the proportions of the controller parts of this one, and I think I've gotten it to a part that I like and so I think now I'll put in the interior mounting. I've messed with layouts a bit, and I think everything should fit. right now it's at 26mm, but I think that's bound to change. I'm taking this alot slower than I take my other projects in hopes of finishing it. I've been test printing a lot of parts to check tolerances, hoping that when I finally print the whole case I won't have to print more than one, even though that's a pretty high dream, if I take it slow hopefully I'll be able to x3.
Have a nice day!
hi

Definitely interested to see how this one goes! I've considered the latte panda for the same purpose a few times but haven't been able to bring myself to pull the trigger on it due to how expensive they are compared to other more powerful compact pc solutions.

On the subject of the screen, lattepanda actually has a 7" screen that you may be interested in. https://www.lattepanda.com/products/5.html
IMO its probably one of the biggest advantages of the latte panda because it will plug directly into the board, no external driver needed or anything. Just a couple of ribbon cables. I know its not 1080p but the reduced resolution is honestly going to help you with running modern pc titles and anything you are likely to emulate would've run natively at a lower res than that.