INTRODUCTION
=========================
I recently was given a SNES console from a coworker because their child didn't want it anymore (no class, no taste) and I knew it was destined for one of my fever dream semi-well executed ideas. Why not make a SNES portable using a FULL SNES board so it's not a Retron (emulation sucks) and I haven't seen an FPGA portable for SNES just yet (No one's done a DE10 Nano so far and the Analogue Pocket isn't real, PROVE ME WRONG).

INTENTION
=========================
Inspired by the aesthetic of the god-awful somewhat collectible TiGER handhelds of the 90's and 2000's, I set off with Inventor and my Ender 3 to smash together my first entry into a BB Build Contest. I wanted to build a fully 3D printed portable that ran the SNES on 5V (bypassing the regulator) and took real full cartridges (SNES and SFC) in the rear much like a Game Boy. I want to power it all on either 18650 cells or flat LIPO 1S cells and have the ability to charge it via USB-C.

Some Key Features:
-Full SNES Main Board (not a 1-chip either)
-Full 3D Printed Case (PLA for Prototyping, PETG for final)
-Use SFC Buttons and DPAD and tapping original controller board
-Use Helder's RetroPSU to charge and boost 1S cells / Use 18650 Red Board for same
-Use 28mm Game Boy speakers and a PAM amp for stereo sound
-Use 7" 4:3 / 16:9 Switchable LCD Screen - Composite for now, RGB in the future very possible
-Keep and use AV Port for TV out
-Integrate a headphone jack that disconnects speakers when plugged in
-Integrate a RESET button using SFC / SNES button
-Every part of the system overall must be modular and serviceable--NO HOT GLUE!!!
-I've forgotten something, I know I have, I'll update when I remember. 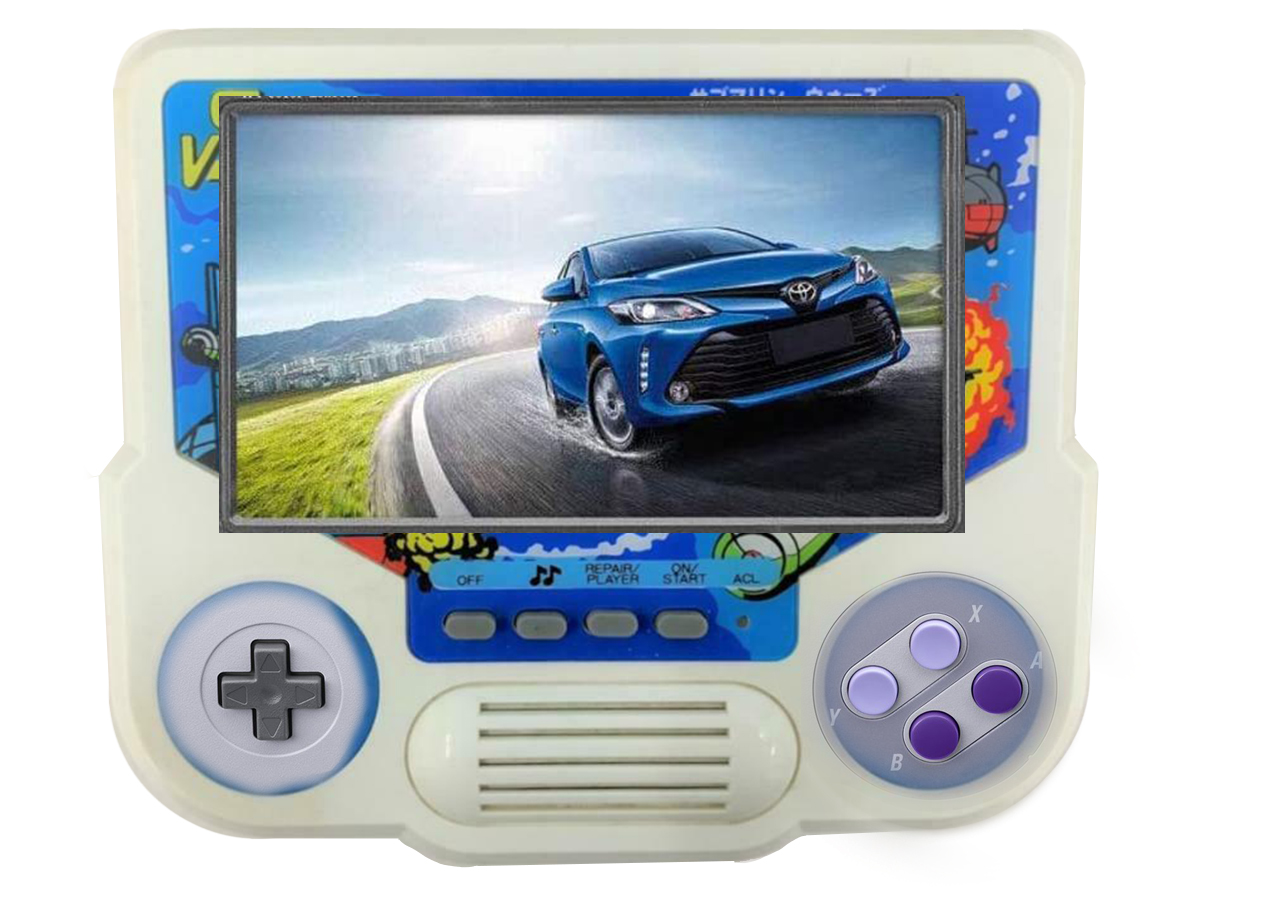 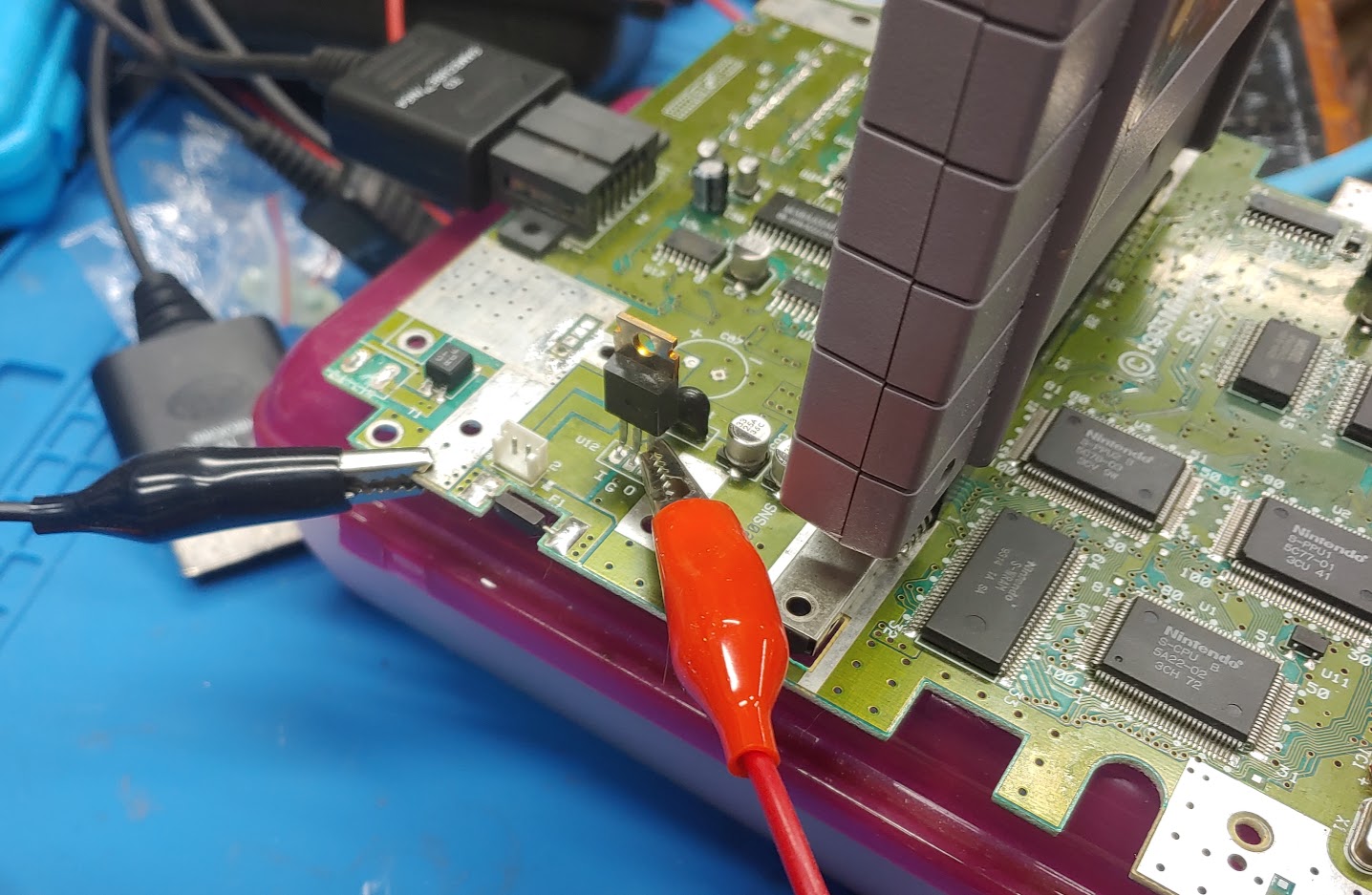 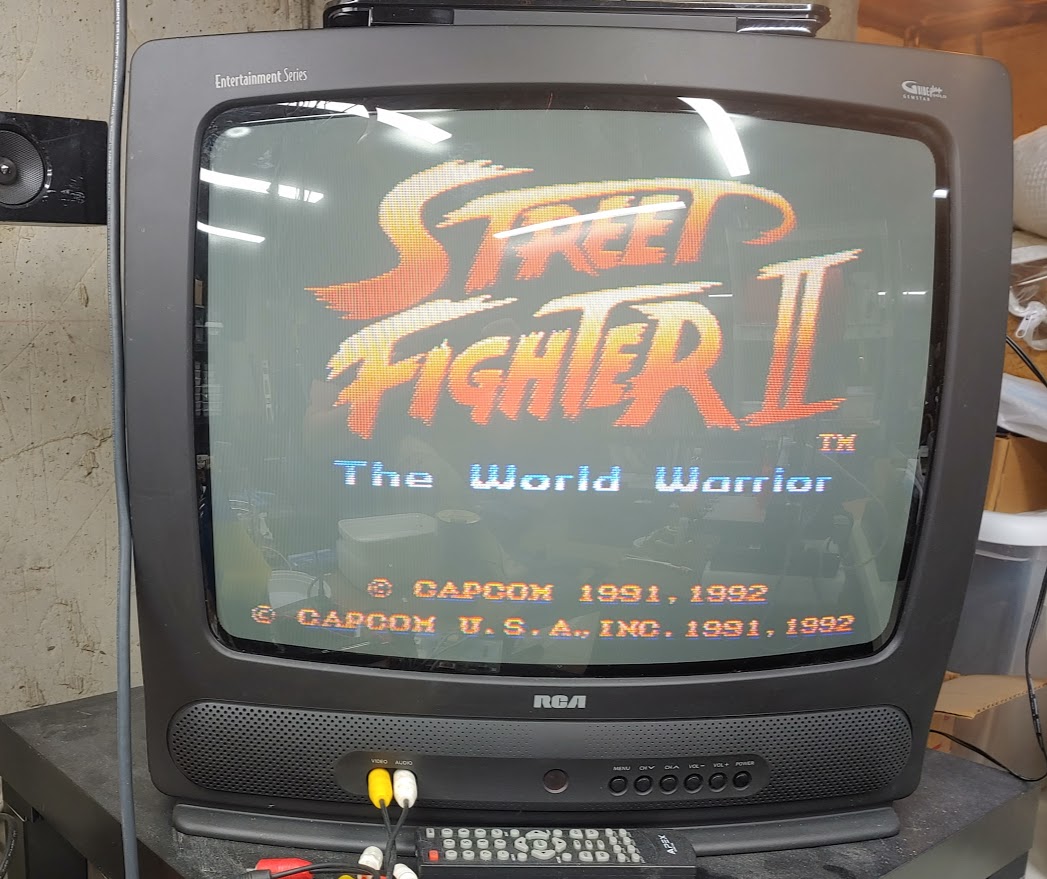 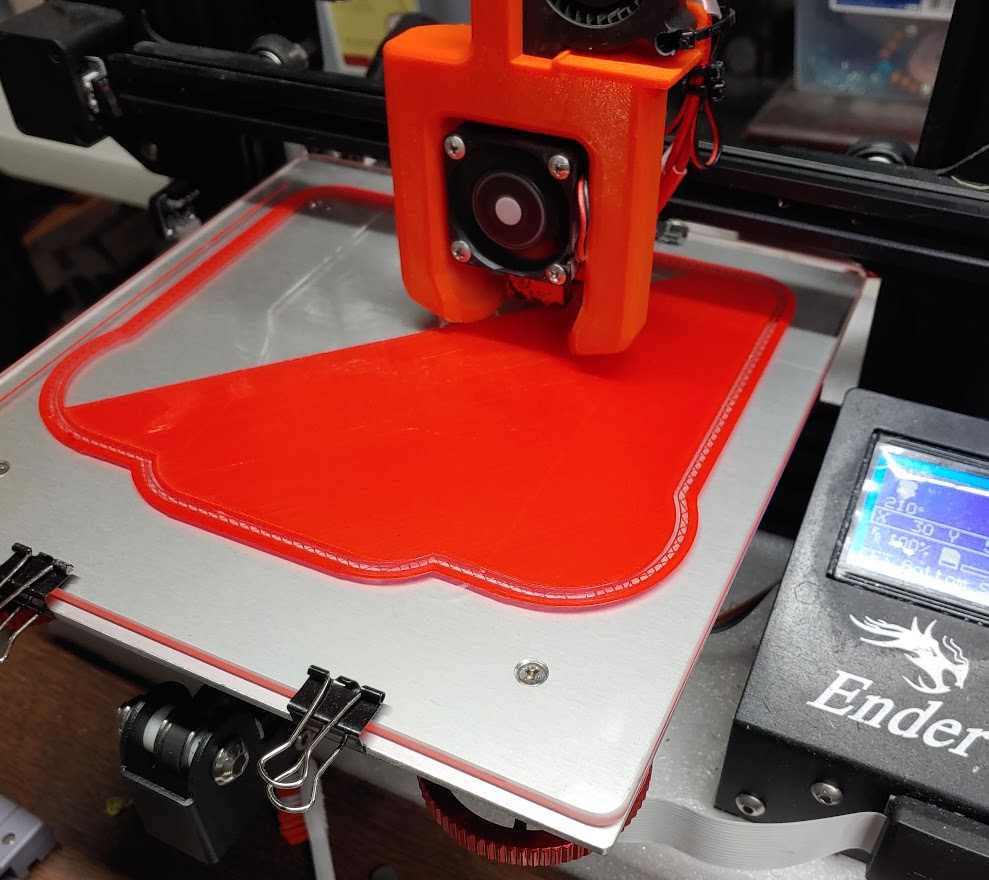 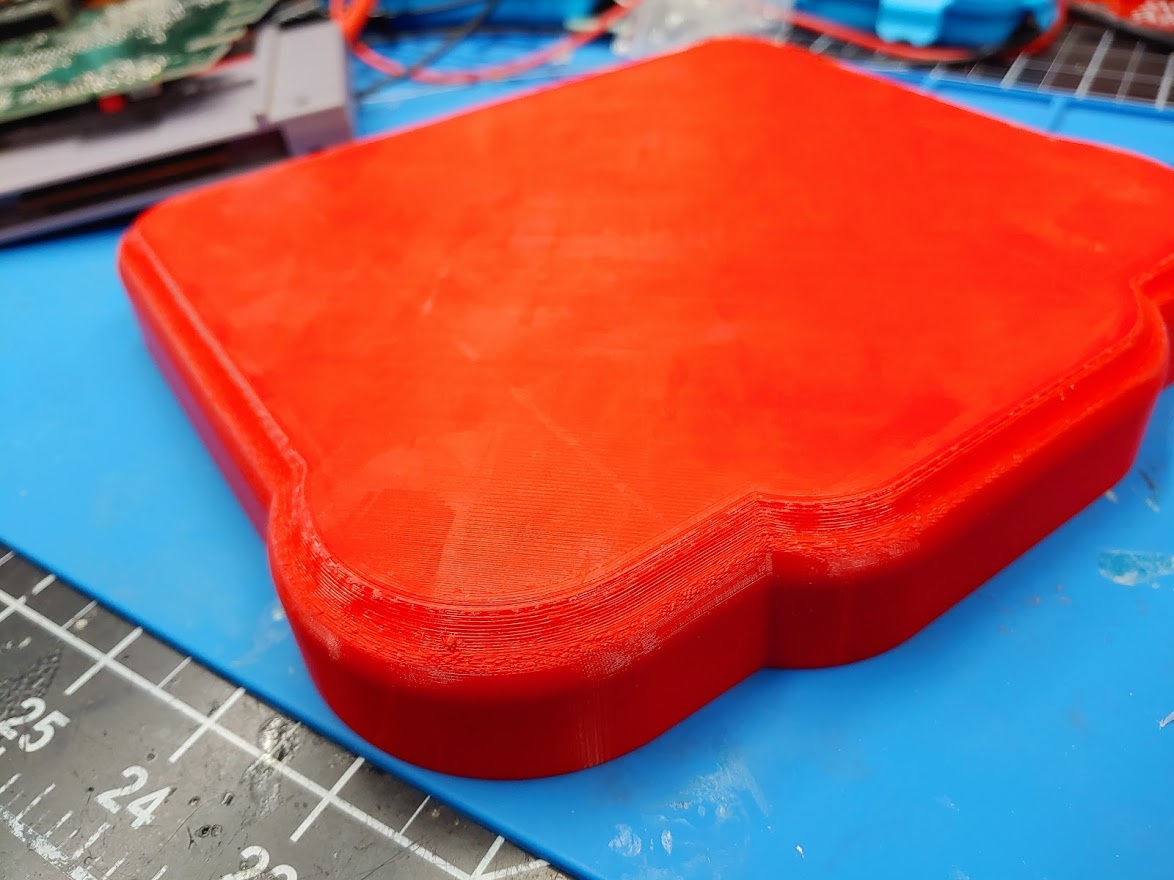 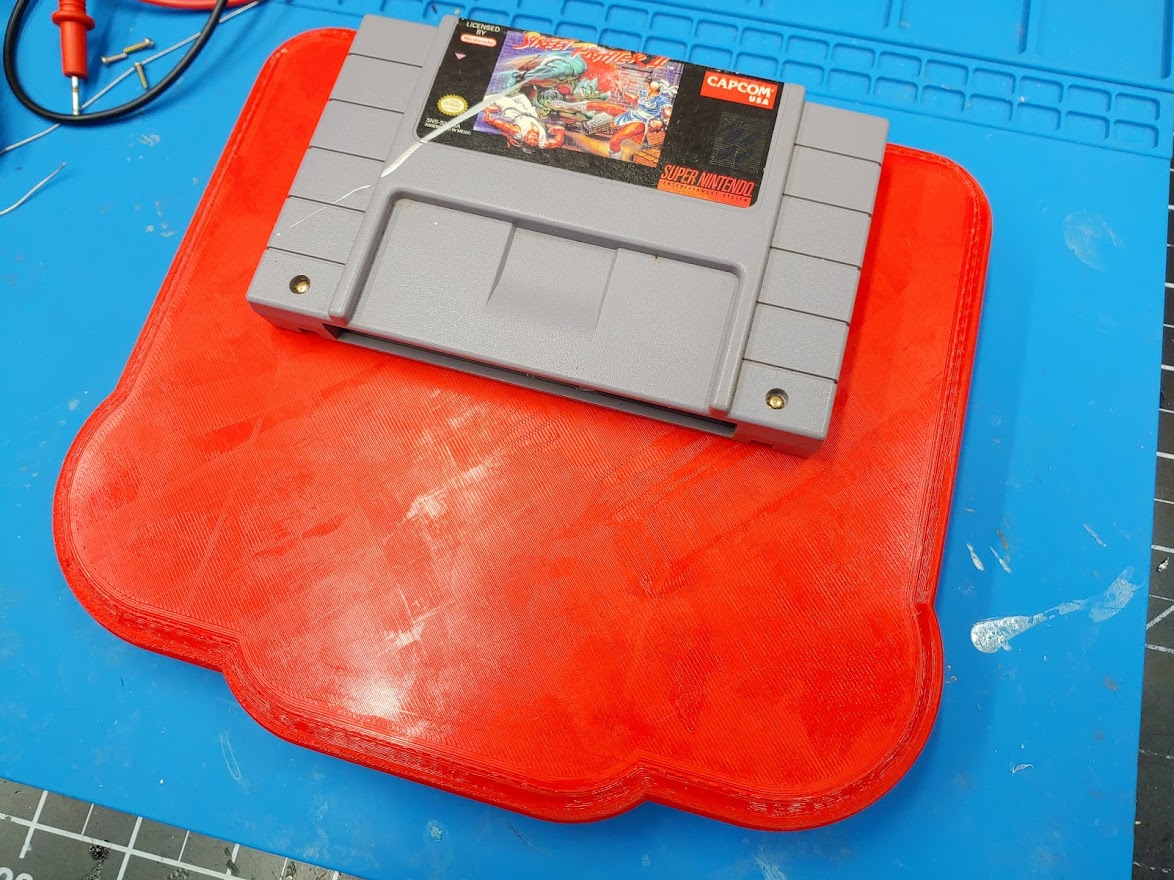 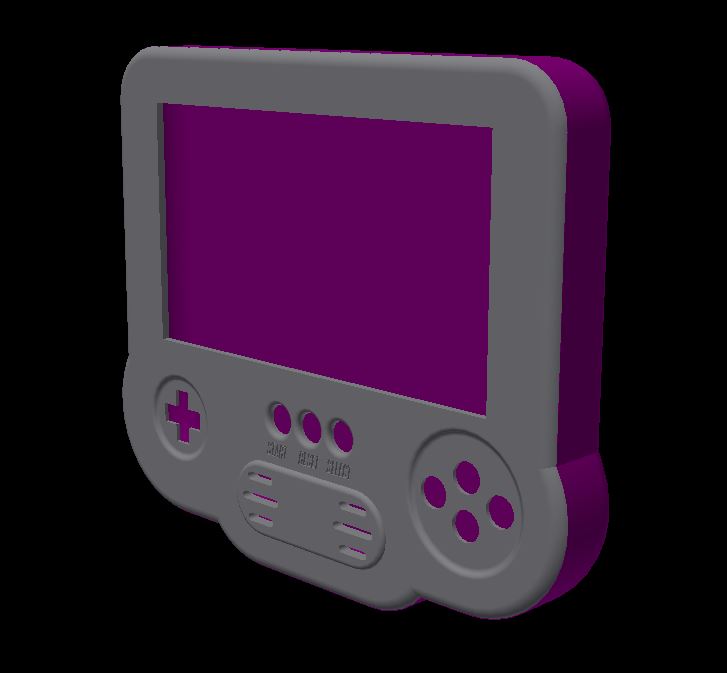 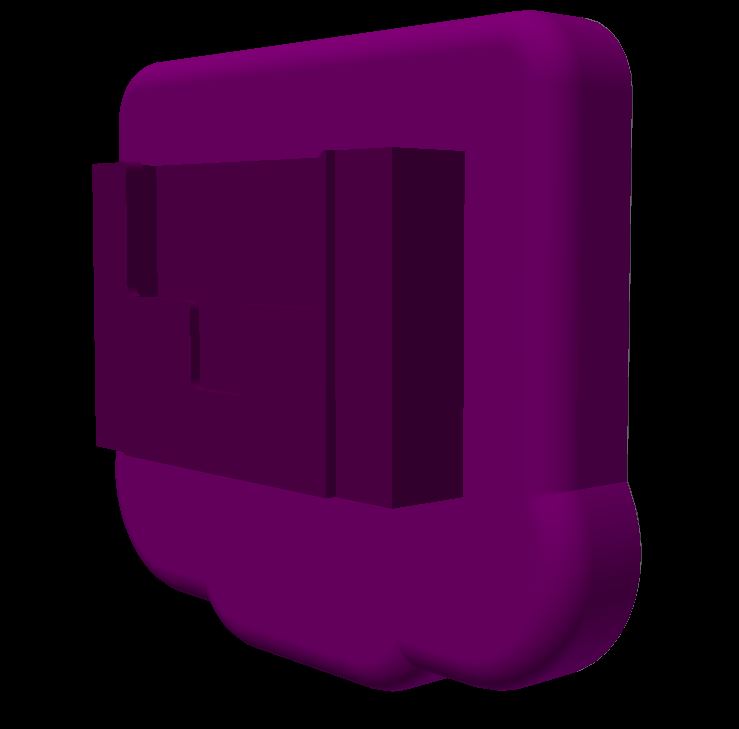 This wraps up my intro post for the 2021 Summer Building Contest.
It's THICC. It'll probably slim a bit, as the TiGER handhelds were also very thin and the SNES board has very few-if any-tall components.
The case is going to go through multiple iterations, both because I'll hate something and completely redo it and I hope that some of you will have ideas and tips to throw at me and I'll change it so it looks even more appealing.
I want to do controller outs as well and I'll probably need to make a breakout box via some kind of plug because the SNES controller ports are a solid piece of plastic with a backer PCB and they're going to be hard to shoehorn into the case design without crowding things.
The L and R buttons need to go on the back and I want to keep trigger style big boys, not the 11mm SFC/SNES/DMG buttons I'll be using everywhere else. That design will come.


Thank you for coming to my Ted Talk.

Getting some laser doodle vibes, I like it. Let the jank flow through!
"If you think a hot dog is a sandwich, then you're an idiot" - GingerOfOz, Sage of our era

Oh man, I hated those Tiger games so much. They were such a letdown when all a kid wanted was a Gameboy.

Case design is spot on for the 90's aesthetics. Any plans to 2D print a cartoonish label to go around the screen?
The sun is shining...

fibbef said:
Oh man, I hated those Tiger games so much. They were such a letdown when all a kid wanted was a Gameboy.

Case design is spot on for the 90's aesthetics. Any plans to 2D print a cartoonish label to go around the screen?
Click to expand...

I'm going to inlay it ~ 1mm around the screen and see what I can come up with for that aesthetic. I'm also debating shrinking the visible area to a 4:3 ratio (if the screen saves aspect ratio) and getting a wild surround going.

Need to tweak the viewable area just a tiny bit, measure and model the area for the screen surround and make a bracket to hold the screen in place.

For the bottom shell I've decided to make it like the top, just a face plate. I'll print a middle spacer separately and I'll be able to save time and material when printing multiple iterations.

SFC controller arrived so I'll be able to measure the buttons and DPAD placement better and chop it up to use.

Wesk said:
The real question is, will it take a 240p signal?
Click to expand...

I'm fine with composite for SNES SFC, but RGB would have been really cool. Maybe down the line?

I'm fine with composite for SNES SFC, but RGB would have been really cool. Maybe down the line?
Click to expand...

It doesn't matter if it's composite or RGB, the Snes only outputs a 15khz signal and if that LCD doesn't support 15khz how are you planning to get image?, a line doubler?