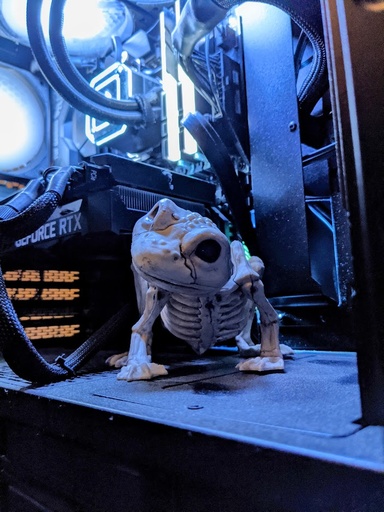 I've been working on a Wii portable project after getting my feet wet with a Raspberry Pi portable. I've been spending most of my time on the case design and making sure I can fit everything. My main constraint is the size of my printer, which is about 220 mm wide, so instead of buying a new printer, I just designed it to fit. That was the determining factor for the odd battery placement, as well as the sacrifice which I did not want to make, which was placing the PMS underneath the Wii. But, I think it will work out just fine. I've been taking a lot of design cues from GingerOfOz's Louii, since that was the main inspiration for me getting into portabilizing in the first place.

Huge thanks to CrazyGadget, who did the trimming and most of the wiring for the main section of the mobo and the MX chip. I also got a GC controller port and BT chip, but I came to the conclusion that those are outside the scope of this project, so I'll be saving those for another Wii project in the future.

Oh, I almost forgot the name of the portable: The JoniiBoy! Because Wii puns make me chuckle. Also sounds like a good name for a successor to the JonBoy. I'm working on making some test prints and fitting everything, but for now have some WIP pictures of the case, and renders! 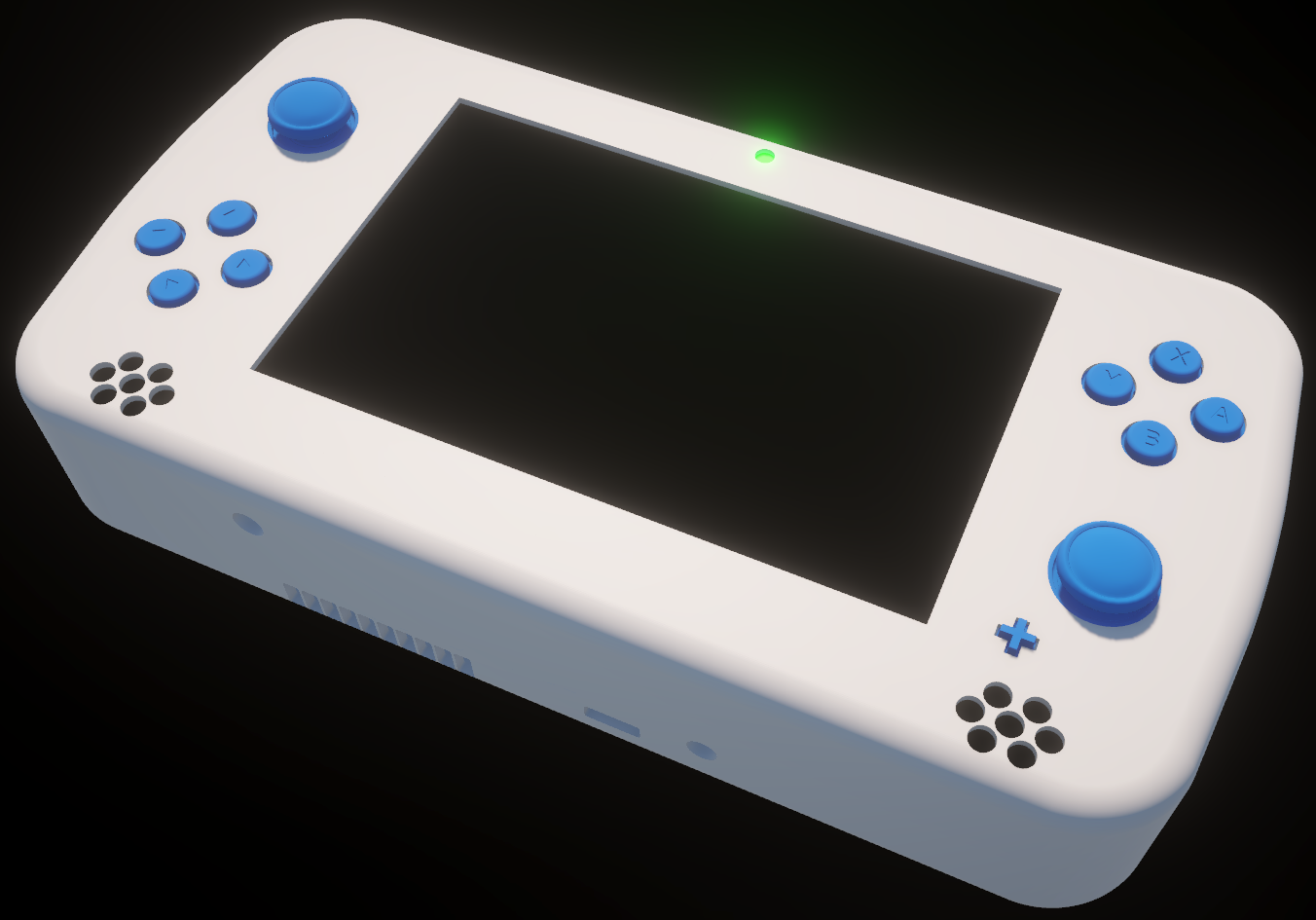 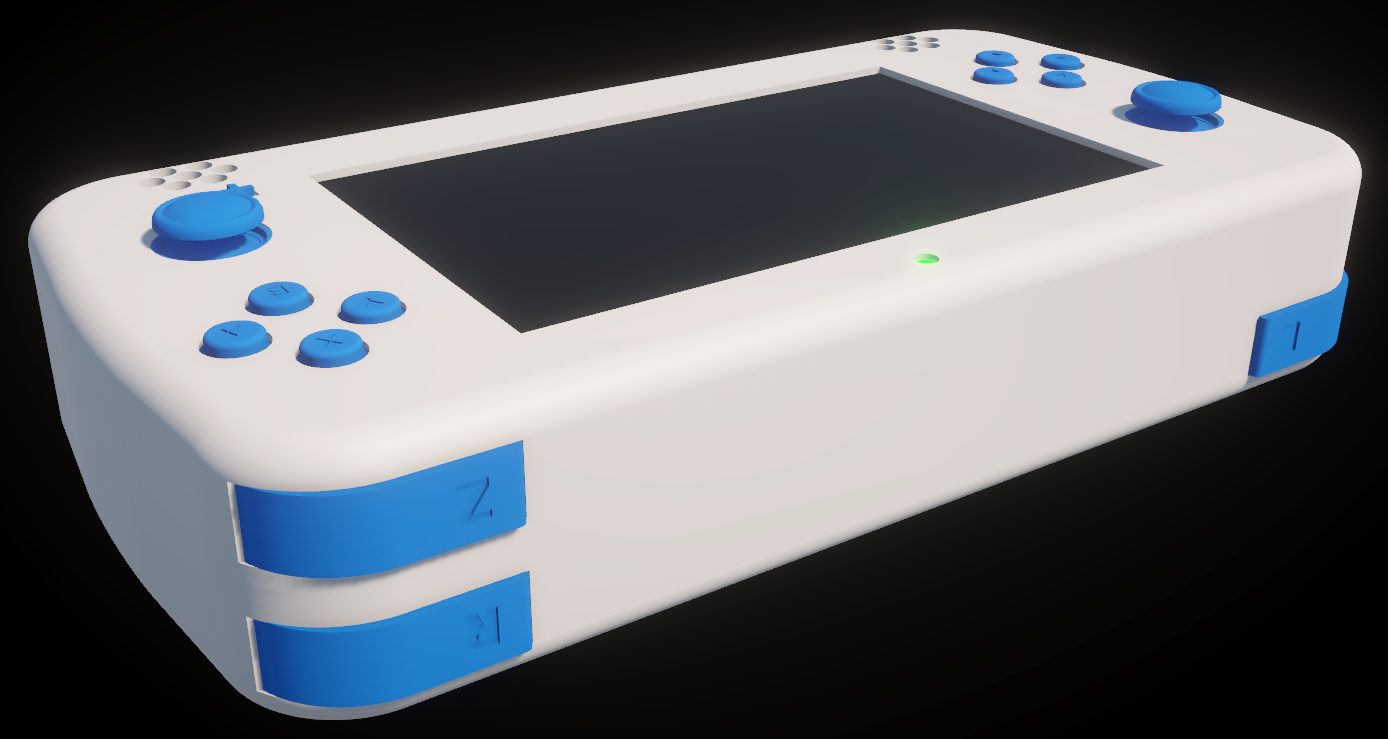 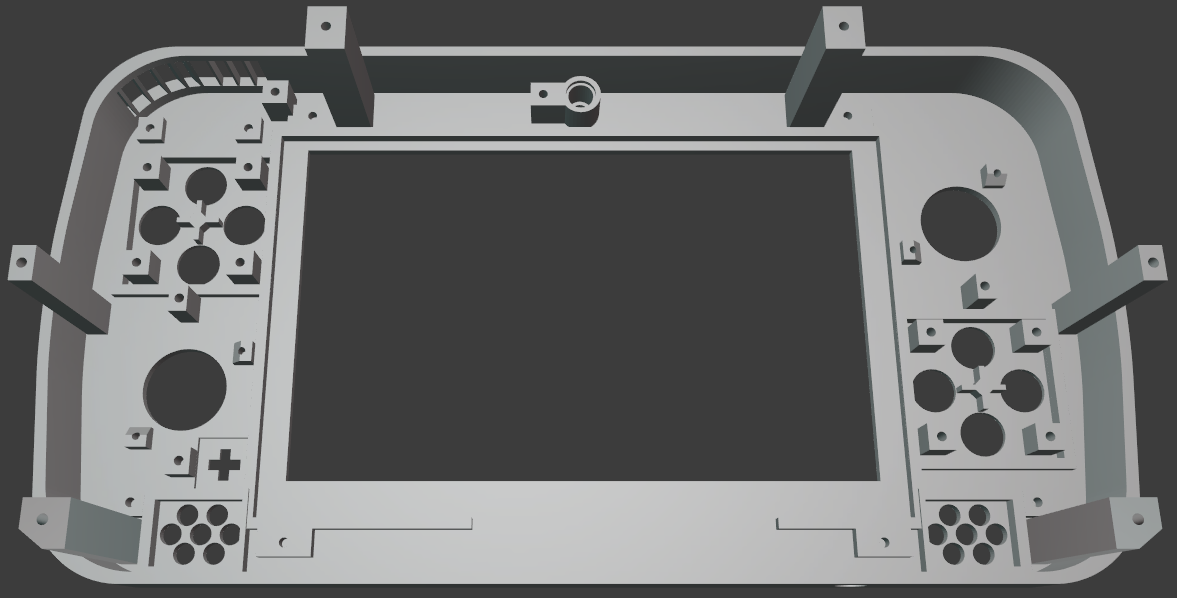 A little update. I finally got my printer tuned after weeks of struggle, but now the case has become three dimensional! I've started dropping parts in so now it's time for wiring and probably a lot of heartache troubleshooting. 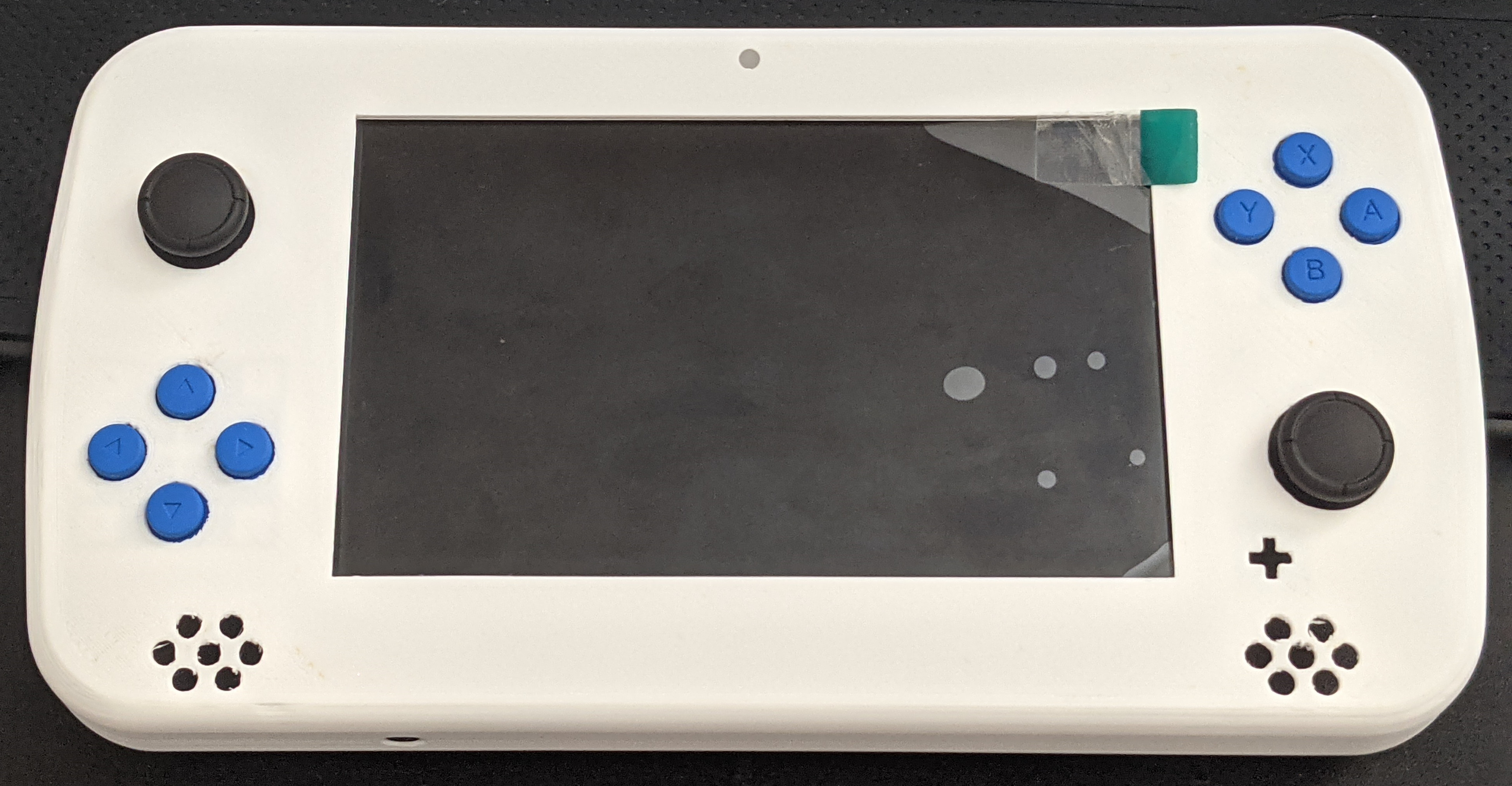 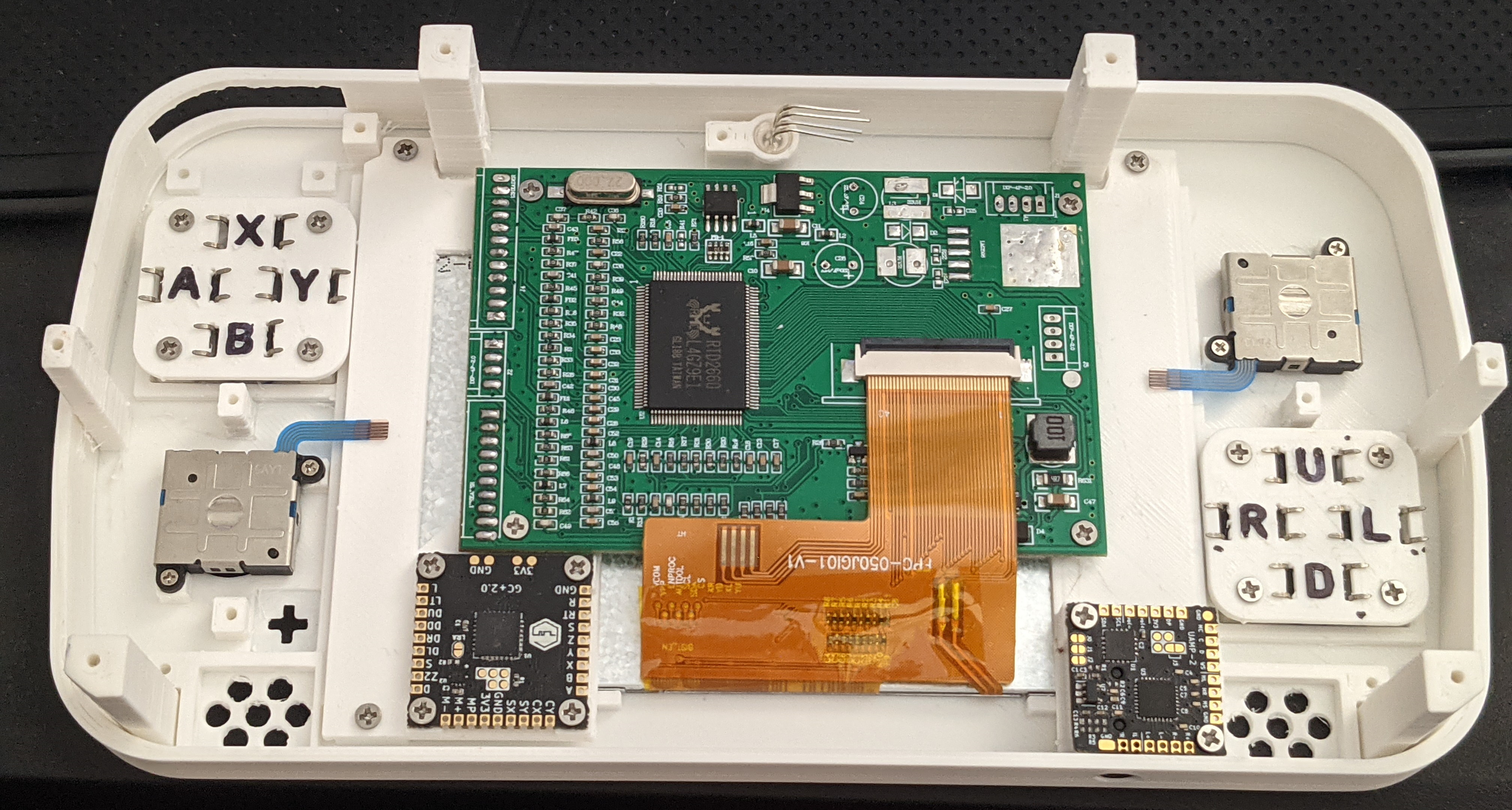 Just a few days later and a massive brick scare, it works!

I had originally been using some 24awg breadboard wire for all the Wii voltages, which was very unpleasant to solder with and I just generally didn't trust it. I tried firing it up and it would run for about half a second and lose all power, which was really concerning. So, I tore out the Wii and peeled off all the thermal pads and redid the wiring with new 22awg wire all around. Turns out the batteries I was testing with were dead, so I didn't need to redo the wiring at all. But, I feel a lot more confident about the internals now, so all is well.

Now all that's left is finish wiring up the MX chip, data lines, and the rest of the buttons. And audio. I guess there's still a ways to go. 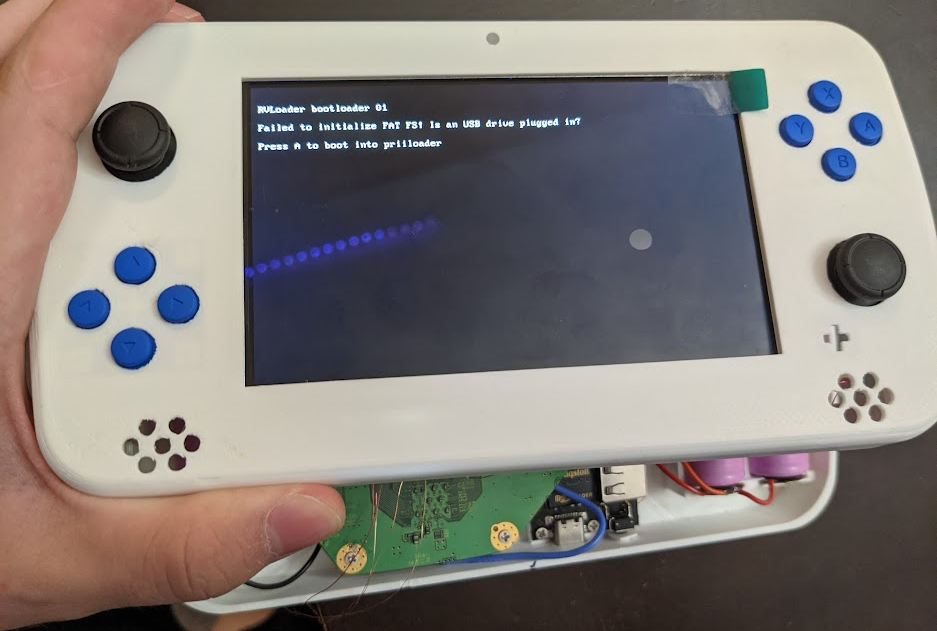 Fuck hookup wire, all my homies hate hookup wire. I don't now which asshole decided that they were too good for plain copper wire, but fuck em
"If you think a hot dog is a sandwich, then you're an idiot" - GingerOfOz, Sage of our era
You must log in or register to reply here.
Menu
Log in
Register
Top