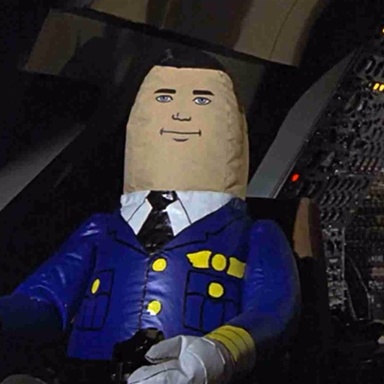 Just thought I'd dump everything I've been working on here, what I've got so far is a G-wii clone with most of the basic features to still be considered functional and a lot of paint.

Planned:
- Speakers attached to the U-AMP
- Switching from AV to VGA
- Rumble
- A headphone jack
- All the buttons
- Possibly a better case (scroll past next 3 pictures for context) So before I made the case I didn't know a whole lot about spray-painting, I didn't realize until after the fact that it looked a little... Wrinklii. It sort of looks good in its own way which is why I decided to roll with it this far but I am considering scrapping the case entirely to design something new.

It's just a rough sketch so far and I realize that someone else made a similar build using the steam controller's d-pad, but I haven't seen anyone made a case inspired by the shape of the controller.
No guarantees, but if I learn to use fusion 360 I might go this route. Update: I ended up reprinting the g-wii case with some wood pla. The wrinkly case definitely needed to go and I’m saving the Steamii design for another project. Even if it’s not unique, I’m really happy with the look and feel of the wood case. The build now has rumble, sound, and all the button hooked up except for Z2 which I’m going to place in the center of the d-pad.

All that‘s left to do is connect the headphone jack and switch to VGA!

So I hooked up vga but I’m getting the purple screen problem despite turning down the green channel, does anyone know if this is a wiring issue? It looks like you're missing the green video line, I'd check your wiring.
‏‏‎My Builds:
Noob Cube
Aran
Party Box

I really like that woodfill case. The wrinkled blue looks pretty neat too. I cant tell if the texture was the paint shriveling up under the layers or done on purpose, either way it is cool looking.

Wesk said:
It looks like you're missing the green video line, I'd check your wiring.
Click to expand...

Thanks Wesk, the vga is working now!

I decided to add a GC controller port which works but not too long after the portable stopped turning on unless I plugged and unplugged the charger. For whatever reason, the problem disappeared the day after but I'm not sure why it was a problem at all. At the time I thought it was some sort of short.

Other than that I only have to add a headphone jack, maybe Bluetooth and an MX chip, and my portable is basically done.
Now it's just a couple miscellaneous problems:
- the portable turns off completely if I try and charge and play
- rumble turns on when I boot a game and doesn't stop until something in-game triggers rumble
- the led turns on when I start up the console but turns off completely even if I try tapping the power button
- the led used to emit a dim red light when plugged in to indicate that it's charging but now it doesn't do that
- most of these problems were probably something I messed up Last edited: Friday at 8:25 PM
You must log in or register to reply here.
Menu
Log in
Register
Top