We're finally ready to release the definitive Wii trimming guide. Months of effort and labor all come down to this. The compendium has also been released, so you can get an in-depth look at how we did all of this.

Post your comments here!
"I've been cranking it to Marshall's work for the better part of a decade. I have no intentions of stopping anytime soon." -bud

OH GOD YES! I will try it tonight!

If you want to support the development of my projects, consider becoming one of my patrons: https://www.patreon.com/aureliomannara.

Great guide!
Everything very clearly explained, clear and professional images, and seriously impressive end result trim.
A great asset to the community, and really shows the talent here on BitBuilt forums!
You guys are epic! 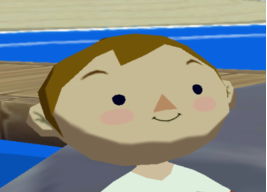 Edit:
Just a few comments
-I think we should make a note that Wii and VC games will no longer work through normal usb loading methods, and requires sneek+di. I can see the "why won't Wii games work hurr durr" being a common recurring question.

Edit: the 5v is labeled 3.3v in the first voltage picture
Click to expand...

Show me the image, and where it's mislabeled.
"I've been cranking it to Marshall's work for the better part of a decade. I have no intentions of stopping anytime soon." -bud

fuck me, im stupid. The actual component is orange, so I thought it was colored orange for 5v.

I've done the "OMGWTF" trim and I get a bunch of static on the screen when I boot the homebrew channel. I feel like it's a power issue, but I want to know if anyone else encounters this.
I have a healthy obsession with Nintendo.

sands mobos in a single swipe

If it's a static type dealio then yea it's most likely power. Check your voltages under load.

What kind of regs are you using @JacksonS

bentomo said:
If it's a static type dealio then yea it's most likely power. Check your voltages under load.
Click to expand...

Noah said:
What kind of regs are you using @JacksonS
Click to expand...

I'm using custom regulators and, yes, voltages were too low. They had to be much higher.
I have a healthy obsession with Nintendo.

Pictures would help, both of your regulator setup and what you're getting on the screen
"I've been cranking it to Marshall's work for the better part of a decade. I have no intentions of stopping anytime soon." -bud 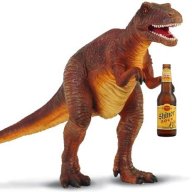 JacksonS said:
I'm using custom regulators and, yes, voltages were too low. They had to be much higher.
Click to expand...

what was the voltage reading you measured?

megalomaniac said:
what was the voltage reading you measured?
Click to expand...

I'd like to see the guide cover some less extreme cuts that retain full or most Wii functionality, as in keeping the MX chip and/or disc drive connector. Just a suggestion.
I have a healthy obsession with Nintendo.

Did you have output capacitors? Have you tried to use bigger ones?
If you want to support the development of my projects, consider becoming one of my patrons: https://www.patreon.com/aureliomannara.

Aurelio said:
Did you have output capacitors? Have you tried to use bigger ones?
Click to expand...

They did. I just used the ones suggested on the data sheet. It was fixed when I raised the voltages because they were initially too low by my own mistake.
I have a healthy obsession with Nintendo.

We looked at the concept of having multiple trims at length and decided that not only would it over-complicate things, but there was ultimately no discernible value in doing so. I will now explain a majority of the reasons why, as I know this question could come up again and I want to address it once.

For starters, lets consider a trim that would keep the MX. So, if you were to only cut all the way up to the top of the MX chip, you'd still have to solder to the GPU traces for the primary bluetooth data lines as shown in the guide. So this ultimate 0.1mm soldering skill cap remains a constant even on the most basic trims. You would also have to solder more wires onto the bluetooth as well to properly support it's MX related functions and potentially some of the components related to that. And also don't forget, this trim would also be cutting off the nice vias available for the SD card slot, so you'd still be soldering to the same resistor arrays.

Then, in supporting this additional trim, you have to completely reconsider fundamental things like the internal voltage layer. Now, what gets disconnected where? What jumpers need to be made? And if your trim is slightly off in a decided "easier" trim, it can change the soldering requirements drastically. We only have complete internal layer data for one revision. This is best demonstrated by the CPU-60, as it came to light early when we initially had multiple trims, that only that revision required 3.3v voltage to be reconnected in a certain spot near the MX chip.

So now we either have to make different trims based around specific revisions, or add a ton of additional picture guides for each little minute difference that has to be accounted for. Not to mention having to work with or around the onboard voltage regulators. That's an additional set of guides as well. And if you're using custom regulators, half of the MX's power-related functions will not work(bye bye "full functionality," you can't use wiimotes to turn the system on and off anymore), giving even more reasons to just rewire the 4 data lines + 3.3v and GND. And again, that's really only if you want the clock.

With these facts in mind, coupled with the fact that the MX isn't a requirement and can easily be reconnected with merely 4 wires, we decided there was no point in other trims. Even the disc drive is well on its way out; very soon we'll have a complete solution and there will be no reason to connect it either.

So in short, the very short list of things gained by supporting other trims, versus the copious amounts of bullshit it would take to support them, made the choice to go with one trim very simple. The guide shows the overall best trim in the best shape that works on the most revisions on the easiest Wii's to get, making the only remaining difficulty the soldering. And a solution is coming for that too.
"I've been cranking it to Marshall's work for the better part of a decade. I have no intentions of stopping anytime soon." -bud

I understand it's a bit much to cover different cuts with the Wii's numerous revisions and relocations, but I can't help but feel like the Wii's actual Wii functionality is being glossed over by focusing on the smallest cut. I think ways to keep the MX chip and disc drive should at least be discussed for as long as we need them for Wii games. What exactly is that complete solution for the disc drive? The way it is now, getting rid of it basically means you choose between Wii or GameCube, as a solution that incorporates both does not have a nice interface. I don't write software, but it seems to me that developing a much better solution is going to take a lot of time and understanding. And as far as I know, having no MX chip causes more than a few minute issues with Wii apps, but I suppose rewiring it isn't the worst thing.
I have a healthy obsession with Nintendo.