Retro Lite Rev 2.0!
Inspired by another fellow modder, I have decided to try to integrate USB-C DRP and HDMI over the single Type-C port. The TPS65987D and TUSB546A from TI seem to be the easiest combination of ICs to use for this, unless you sign some sort of NDA to get an AIO chip that does it all...

I'm not 100% confident just yet, but making my way through the datasheets... watch this space 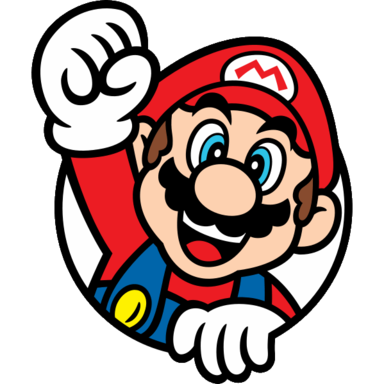 Any updates on this?

verdammt89x said:
Any updates on this?

Hi, we don't have any updates really. Until parts become readily available, we wouldn't consider making this available for public sale. When the chip shortage will get better, no one really knows, but hopefully it will be before the end of the year.

But I am happy to hear that the project isn't dead.
I have ordered an odin lite in the meantime, but I think I will build this anyway once you are ready to release.
Keep it up, you are doing great

One of the best projects I've ever seen. What do you think of CM4 with Android? I saw that we already have developers working even Android 13 with it. I'm thinking about this possibility, to determine your project with Android. I'm Brazilian and I'm creating a blog to talk about portables, mainly about independent projects like yours, as a fan very grateful to your initiative. I made a post on my blog about your Brazilian and certainly when possible to buy I will show the community to test.

I thought I'd share some progress on the final touches to the Retro Lite CM4 - a small little accessory, if you will!

I always thought it would be pretty cool to integrate an OLED display into a docking station that gave you relevant information about the game/consoles you could potentially play that game on (because we all know emulation is for chumps). And so, we're creating a very small docking station that allows you to connect up to 4 USB peripherals via a USB hub (I'm using the CY7C65642 from Cypress - a very low powered hub that splits the single CM4 USB bus into 4 channels). The end goal is to allow you to dock the CM4 and use it in a regular linux desktop environment, connect up a keyboard, mouse, whatever (i.e with Raspbian, browsing the web, watching YouTube, using VS code... etc).

The dock also supports 1080p HDMI out (unfortunately no hot docking with FKMS drivers, but the Pi automatically reboots upon hotplug detect) as well as USB-C charging and has a pretty cool OLED 128x128 display that accepts 16-bit raster images over USB from the CM4, communicates to the Pico over SPI, piping the relevant information to the display based on the game you've just launched.

YveltalGriffin is helping me with the OLED code on the RP2040 side, since he is a lot more experienced than I am when it comes to using the Raspberry Pi Pico based on his previous project work. Thanks to him we already had a great starting point to go off - I can't thank him enough for the help and his work effort + time to help me make it happen! I've been trying to piece together small bits for the python script to extract the relevant information we want to be displayed too but my coding skills are to put it bluntly, pretty crap. 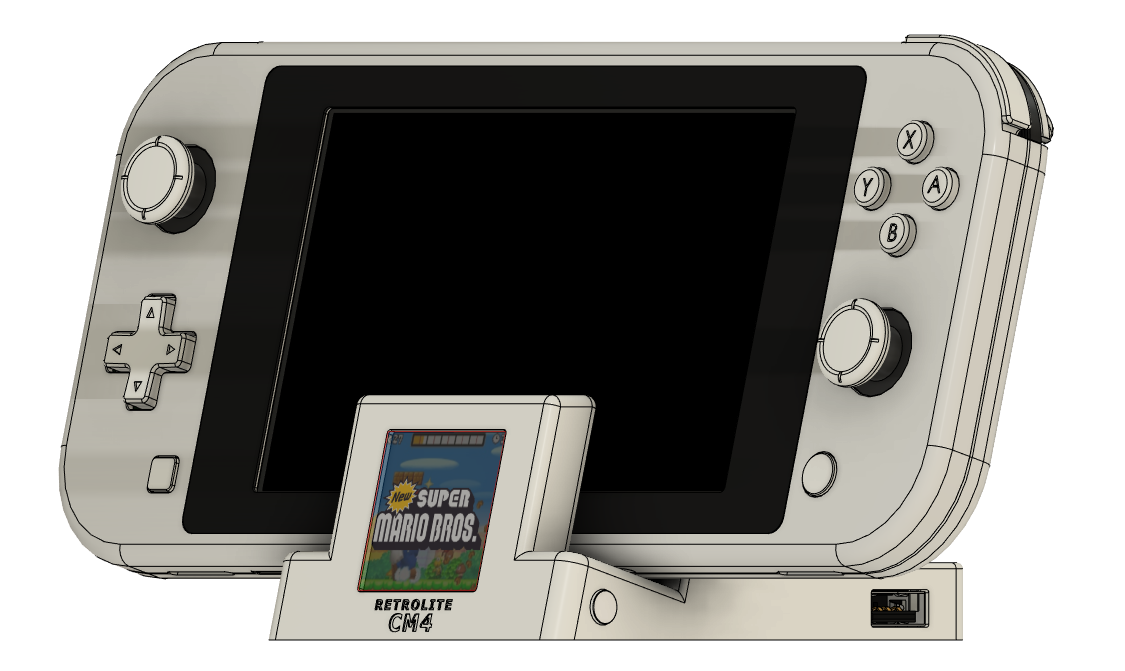 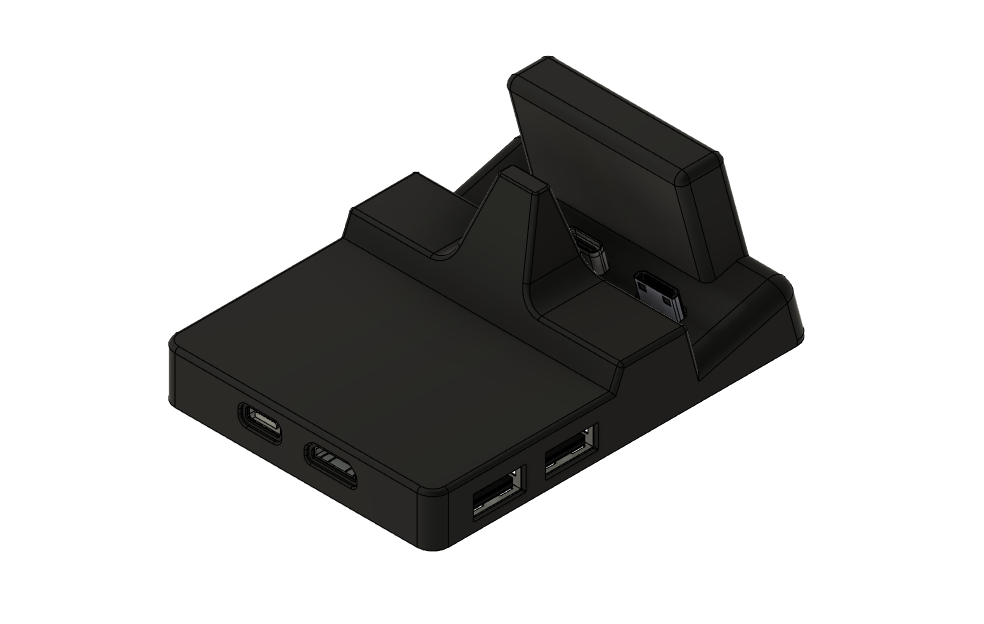 The PCB design. Currently the Pico is not integrated onto the board for the first prototype, however I would like to have it all on a single PCB for the final product eventually, of course. 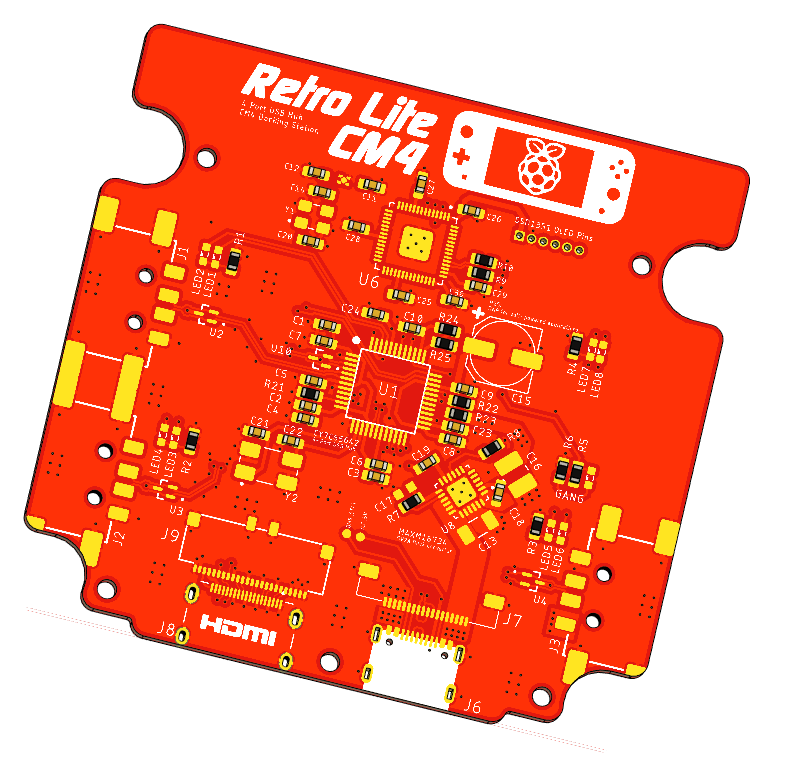 The OLED is going to have a few cool "modes", which will be togglable with a push button by the user on the side of the dock. Some of them we had in mind include:

a) A Retro Lite CM4 splashscreen on power detect
b) Raspberry Pi CM4 stat menu (CPU temperature, RAM usage, CPU usage, disk space) - automatically runs when no game is playing/you're using the Pico in desktop mode as a regular PC
c) Game marquee/box art view (automatically loads depending on the game launched) - selectable in code
d) Game metadata menu (shows the game description, copies sold, year released, number of players - basically a lot of information about the game you're playing. Text will hopefully scroll vertically across the panel).
e) Automatic screen timeout after 30 seconds of inactivity to prevent OLED burn-in (wakeable with a push button)
f) All possible variants of the console released (including limited editions) in raster form (scaled down to a 5:6:5 RGB @ 128x128 resolution). For example, if you launch a GBA title, one of the following images could be displayed at random from the given system directory. It's taking a while to make all these images, but I think it'll be worth it in the end! I'd like to thank Ampersand for kindly providing me with the awesome vector images to use in my project.

Or if you launch an NDS title... for example:

Or a Game Boy Color title: 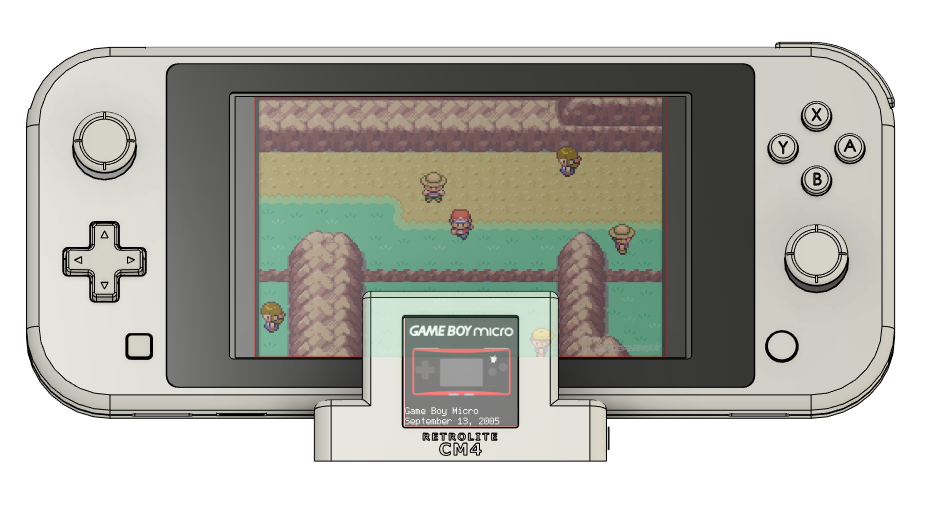 Here's a few pictures of it working inside the dock. The python script does all of the image conversion before it's piped over USB serial to the Pico to send over the raw bitstream: 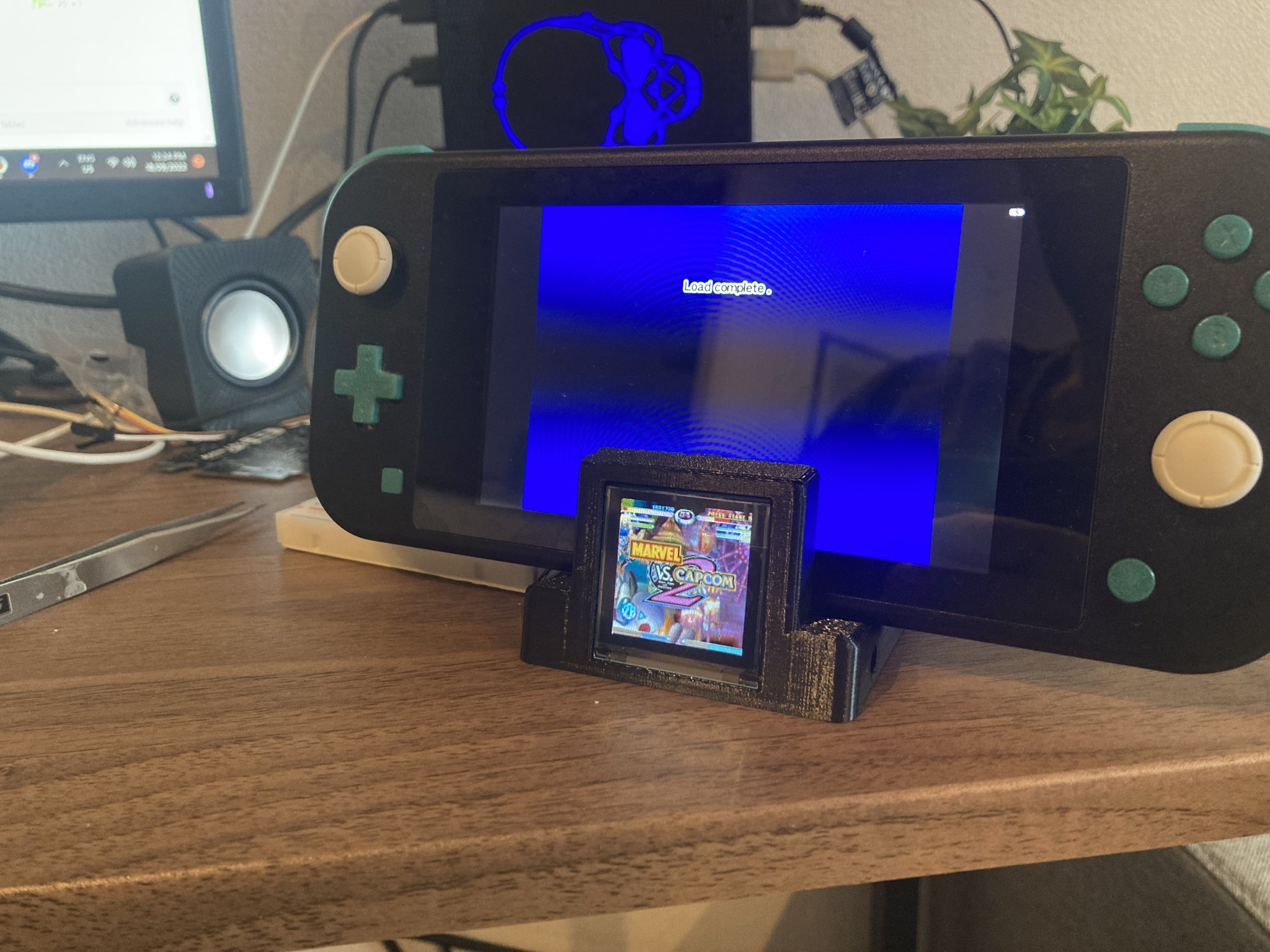 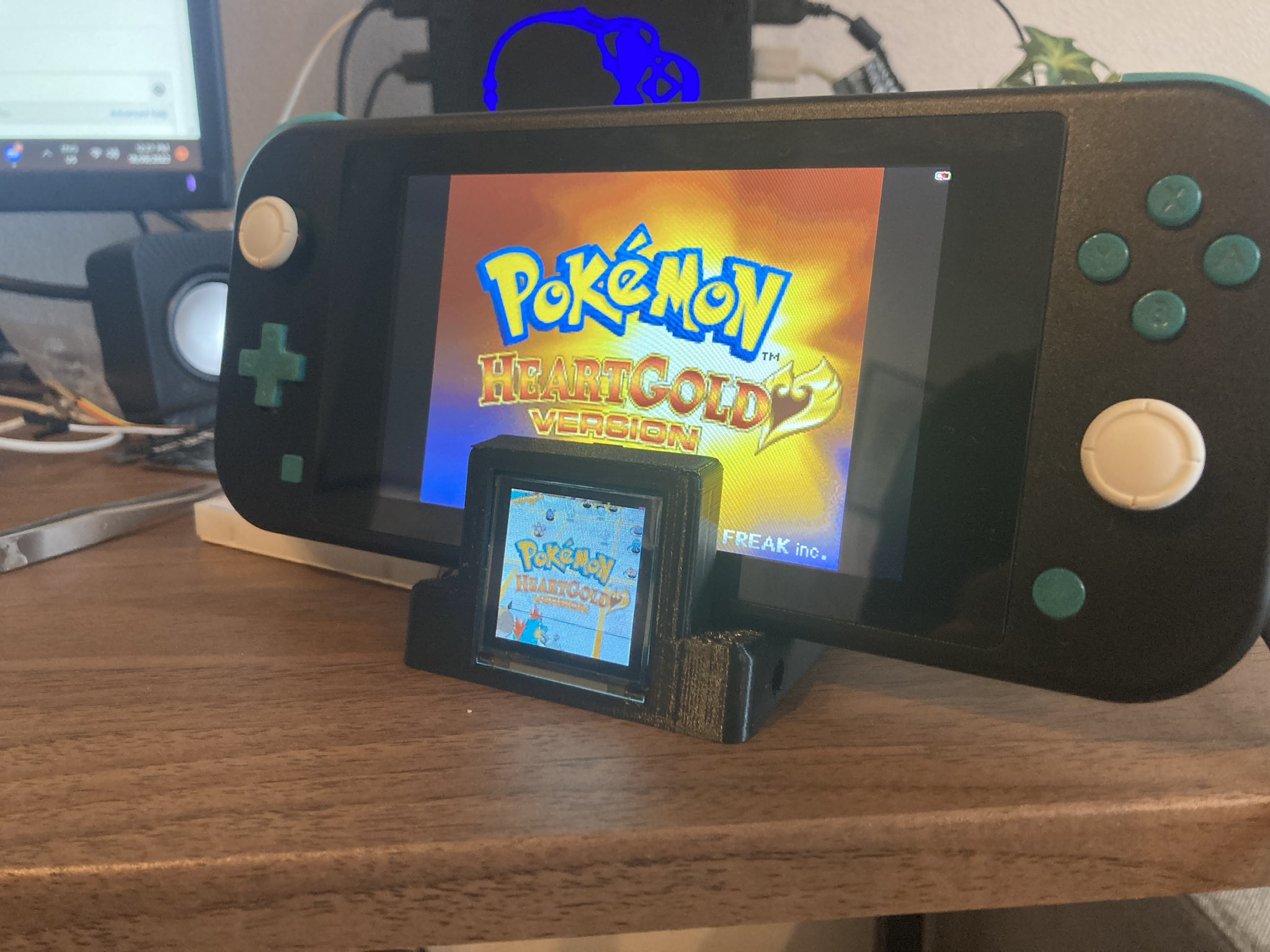 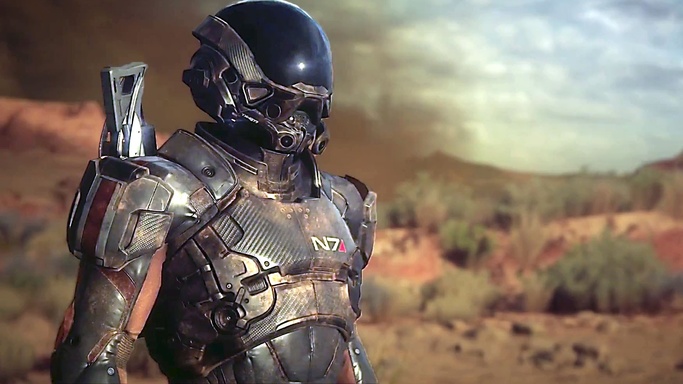 Do you know if your pe card is compatible with the Radxa CM5?

CLAUDIO said:
Do you know if your pe card is compatible with the Radxa CM5?
Click to expand...

To be honest I’m not entirely sure yet. The Radxa CM5 will probably have a lot more power draw than the CM4 so a new boost regulator which can handle the current would be required I would think. Otherwise most of the other things would work, except for the second HDMI channel attached to HDMI out, as Radxa CM5 only has one channel. I would probably need to redesign a new board.
Finished projects:
Wii SPii
Retro Lite CM4
Work in progress:
Deck S2
You must log in or register to reply here.
Menu
Log in
Register
Top