Hi everyone! I've been working on a raspberry pi UMPC that I'm pretty excited about. Ideally this will work as a portable gaming/cloud streaming handheld that I can also hook up to a monitor and get some work done on. I'm aiming to have this be as simple to take apart and fix as possible hence the absurd amount of screws/screw posts. The model should (hopefully) be done at this point, I made an initial test print and corrected all the mistakes I found. I'm currently waiting on my next print so I can start really putting things together but wanted to share my progress. Battery life tests gave me about 4 hours when running a cpu stress test with n64 emulation and brightness at max.

Just today I tested the multiplexer with my arduino so I could get all my inputs and its working great. Originally I wanted to be able to swap my controls between xinput and a mouse and keyboard mode but it seems that mixing the USB HID headers breaks everything since xinput is non standard. I could do it with a regular joystick library (dinput equivalent) but then I lose native controller suppport on a lot of games so the trade off didn't seem worth it. I'm planning on just using software to map the controls to a mouse/keyboard mode with a hotkey to switch it on.

The first print came out much better than I expected, lots of little tweaks were needed but still came together really well. Nothing here is screwed together so don't mind how asymetical it looks

Testing the fit of things in my first print

Latest progress the case print was almost perfect but the piece with the keyboard will need a new print unfortunately. Still everything else should be fine. So close to being able to put everything together. Super happy with how things are coming together although I should definitely learn a bit about more about 3d printing tolerances

Quick update while I'm still waiting for the case. Worked on the arduino code for the vita joysticks. It's working great I will want to check and see if the deadzone is at a good value once installed in case.

New update, got the final print and worked on quite a bit of the wiring. The controller is all hooked up and also got some higher quality vita sticks. The keyboard is fully installed and the pairing button is wired up top since it's a Bluetooth keyboard. Almost everything is installed just need to wire up the audio Amp and the raspberry pi usb ports. Desoldering the big ports on the raspberry pi has been a huge pain but I'm going slow. Was hoping the wiring would be a bit neater but theres just so much of it. Super excited as this is coming together!! 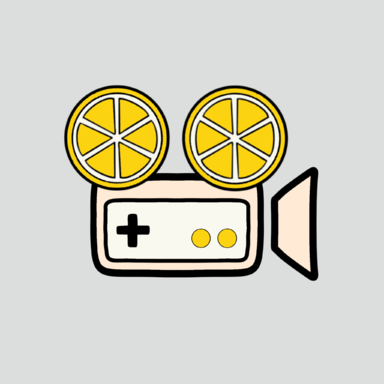 No joke, this looks incredible. I especially love how the keyboard is integrated on the same slate as the traditional controller parts. Keep up the good work!

Mostly done!! The only things left to do are to wire up the usb 3.0 ports and the headphone jack (audio amp doesn't like having a common ground for both speakers). Other than that I've already been having a lot of fun playing with it. I'll do a proper post once I finish these last little details.The controls are quite clicky as you can hear haha but feel pretty good. The main thing I noticed is I underestimated the ability of the raspberry pi 4 to heat up. Next time around I'd probably squeeze a fan in here and maybe some vents just to keep everything a little cooler. Works great for emulation, cloud streaming, and native games. Played a good amount of mount and blade warband already using box64.