thedrew said:
What's a portable without some issues here and there? That's just part of the process.
Click to expand...

Yes, that's composite, VGA would be much better, but it's fine for now.

I fixed most of the issues. Starting with analog sticks, I had to desolder the connectors to cut GND trace, solder the connector back, then cut VCC and wire it the other way around. And it's working, but as I thought L3 and R3 buttons weren't working anymore, because they were conected in the analog sticks to VCC instead of GND. 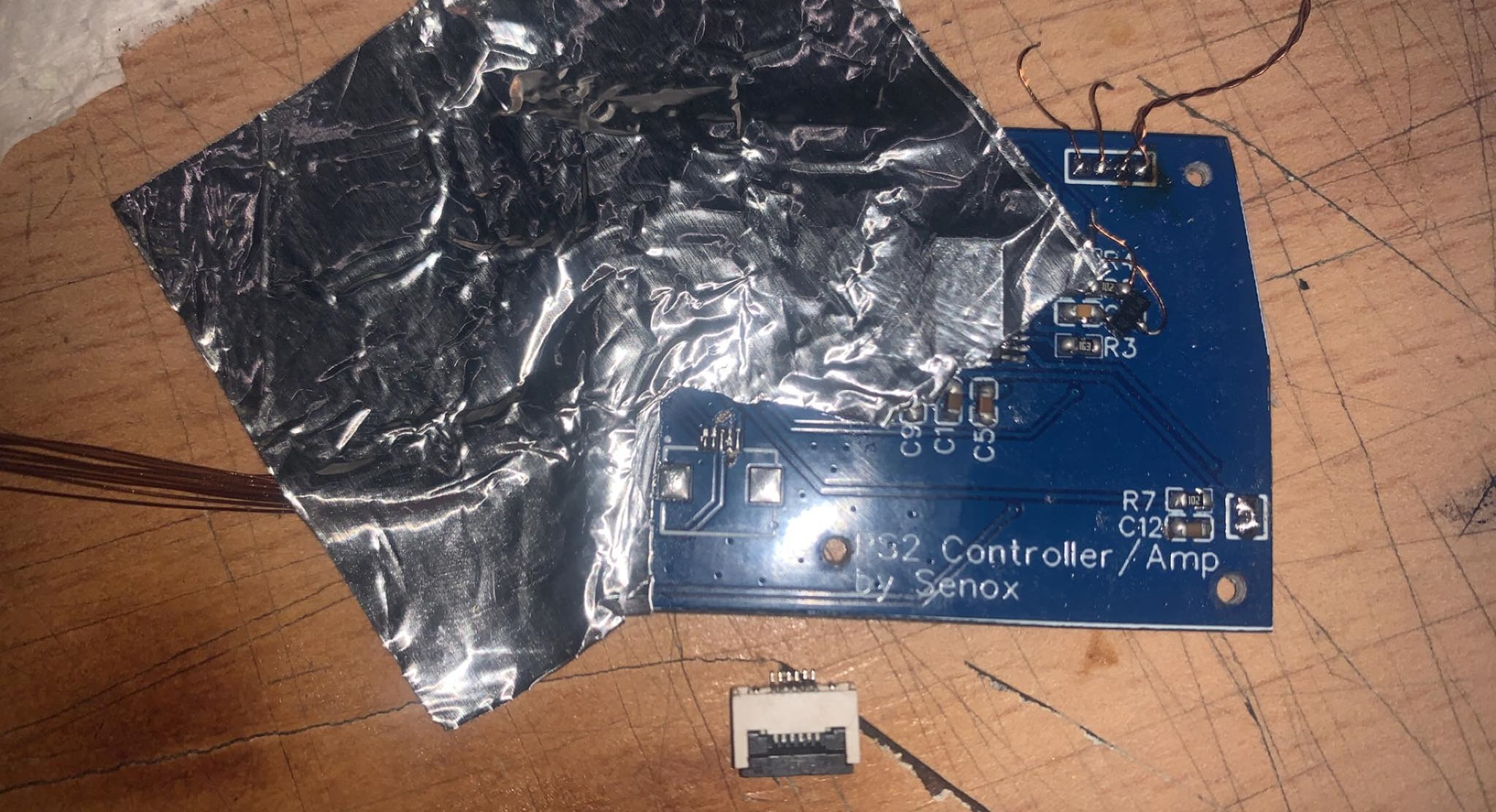 I was thinking how to fix the buttons, and found that hex inverter might fix this problem. So I bought one the next day, wired it up, and now the buttons were always pressed, but pull-down resistor on the output of the inverter solved this issue, and the buttons are working again. 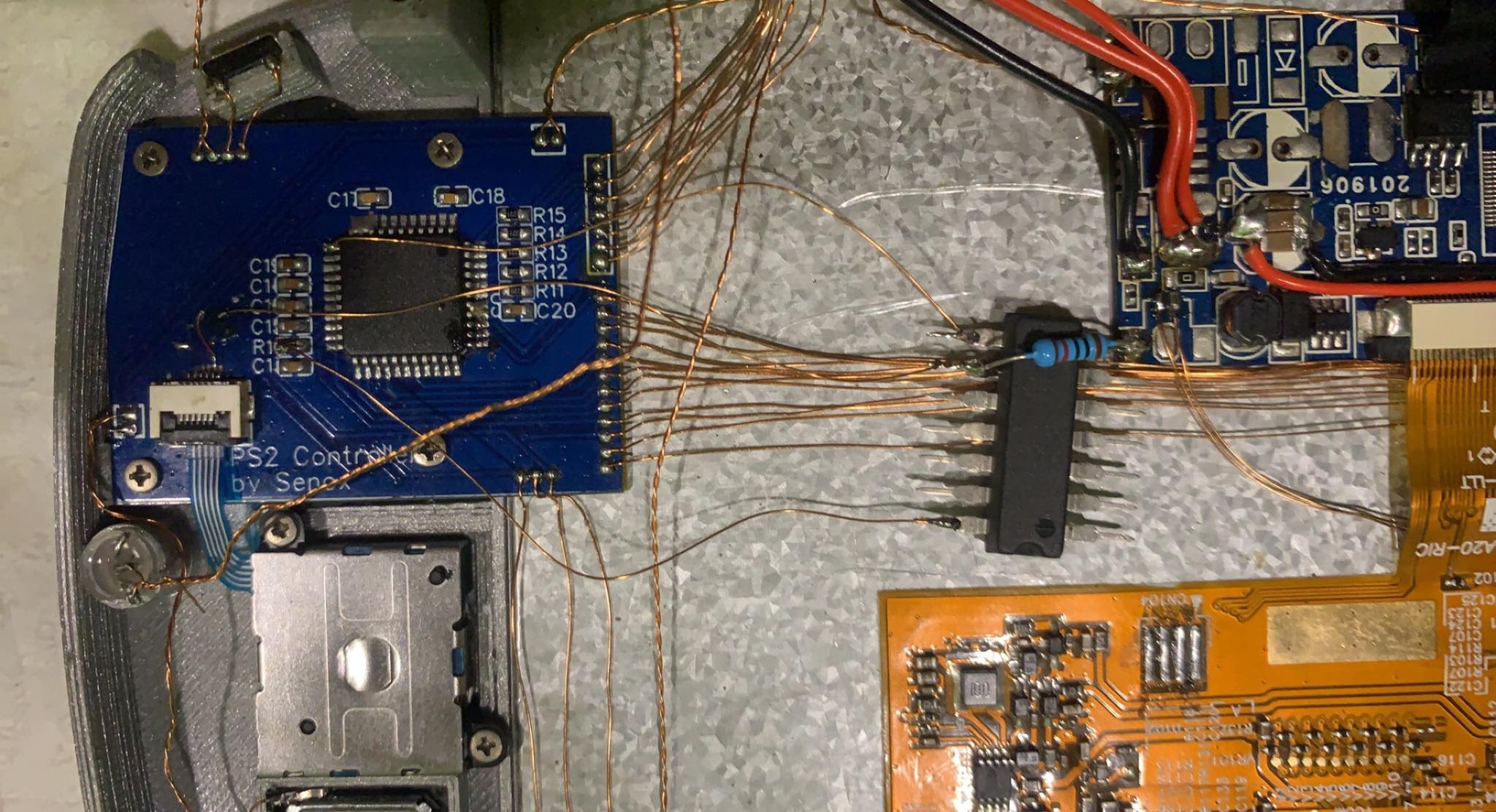 Later I soldered second stick to the inverter, and moved it to a different place, but I forgot to take a photo.

As for the LCD buttons, I discovered that they were working all the time, but I soldered the resistors in the wrong places, so i soldered them where they should be and it's fine now.

After that last problem was the SD card slot. I spent few hours on it, I tried everything and the best I can get is that the console sometimes shows what's on the SD card, but i can't run anything from it. But it was working before the assembly when I connected USB slot to it and ran the padtest off of the pendrive.

I think that the issue is either interference (I twisted usb data wires, didn't help) or something wrong with the adapter I soldered. I give up for now, I'll comeback to it in the future when i get the proper IC.
So for now it's the only thing that's not working

The video is done. I just recorded this quckly without talking, so i will go through it in this post.

Everything works fine, except for one MicroSD slot as i said in the last post.

And one small issue is the LED. It works while charging but it doesn't turn green while the console is charged, it just turns off.

That's because I bought it with common cathode, instead of common anode.

I will also update first post with all the features, and dimensions.

And that's it. Good luck to everyone in the competition