Watching Gman work on his N64-AIO has inspired me to look into sources for N64 RAM chips. The going rate at the moment is just under $50 for an OEM Expansion Pak with a single 4MB chip. Before the recent price hikes on Nintendo 64 consoles I always found it cheaper to source these 4MB chips from Rev6-Rev9 boards for around $30 per console. And that was a convenient source because sometimes it's like winning the lottery to get Rev3-Rev5 boards that have two 2MB RAM chips to swap for two 4MB chips.

To start my search I purchased a variety of third party N64 Expansion Pak's. It's common knowledge that these are almost always two 2MB chips and not a single 4MB chip. I'm looking for chip part numbers to possibly track down a source. If we can source 2MB chips why can't we find 4MB or 8MB chips? I'm not sure if it's possible to plop a single 8MB chip on a Rev6-Rev9 board and terminate it with a Jumper Pak. I don't know how the N64 addresses the RAM chips or how the chip select works but it would be neat if a single 8MB chip was possible. In the past (on another forum) I've seen a Nintendo 64 running off only an expansion pak (with the RAM removed off the main board).

I'm also curious of building an 8MB Expansion Pak from one of these two 2MB third party Expansion Paks. Maybe it will have an application in a folded trim while we wait for the Gman to finish his N64-AIO boards.

Anyway here are the nudes and part numbers from the third party Expansion Paks. I doubt I will get far in my search but I figured I'd share my findings.

Retro-Bit Super Retro 64 Expansion Pack
Part Numbers are ground off but this appears to have been manufactured June 2013 based on the sticker over the screw.

So what have we learned so far? Well it appears that the InterAct TurboRAM is a rebadged OEM Expansion pack. The rear casing even has the word "Nintendo" molded into it, while the front casing is smooth with a sticker. I can't feel any raised letters underneath (so the casing isn't just an official expansion pak with a sticker on it). So if these can be found cheaper than the OEM they are a good bet for 4MB chips.

The Retro-Bit pak is the most recent to have been manufactured if the sticker over the screw is to be believed. If these were built in June 2013 then it's possible that somewhere Rambus Memory is still being manufactured.

The remaining paks all have the GM73V1892AH16L part number manufactured by LGS (LG Semicon?) and Hyundai between 1998-2000. A quick Googleing of the part number led to a datasheet that I've attached to this post. 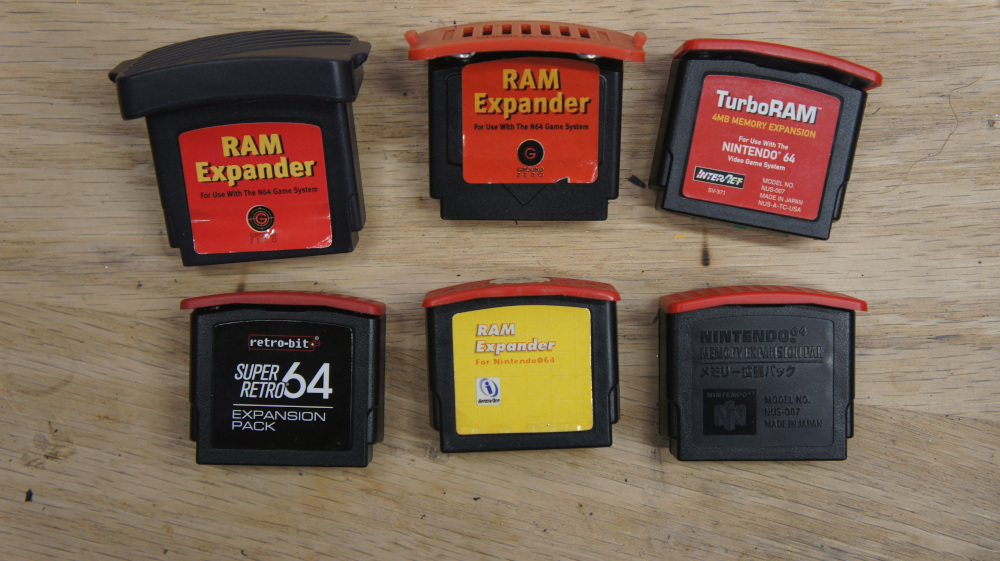 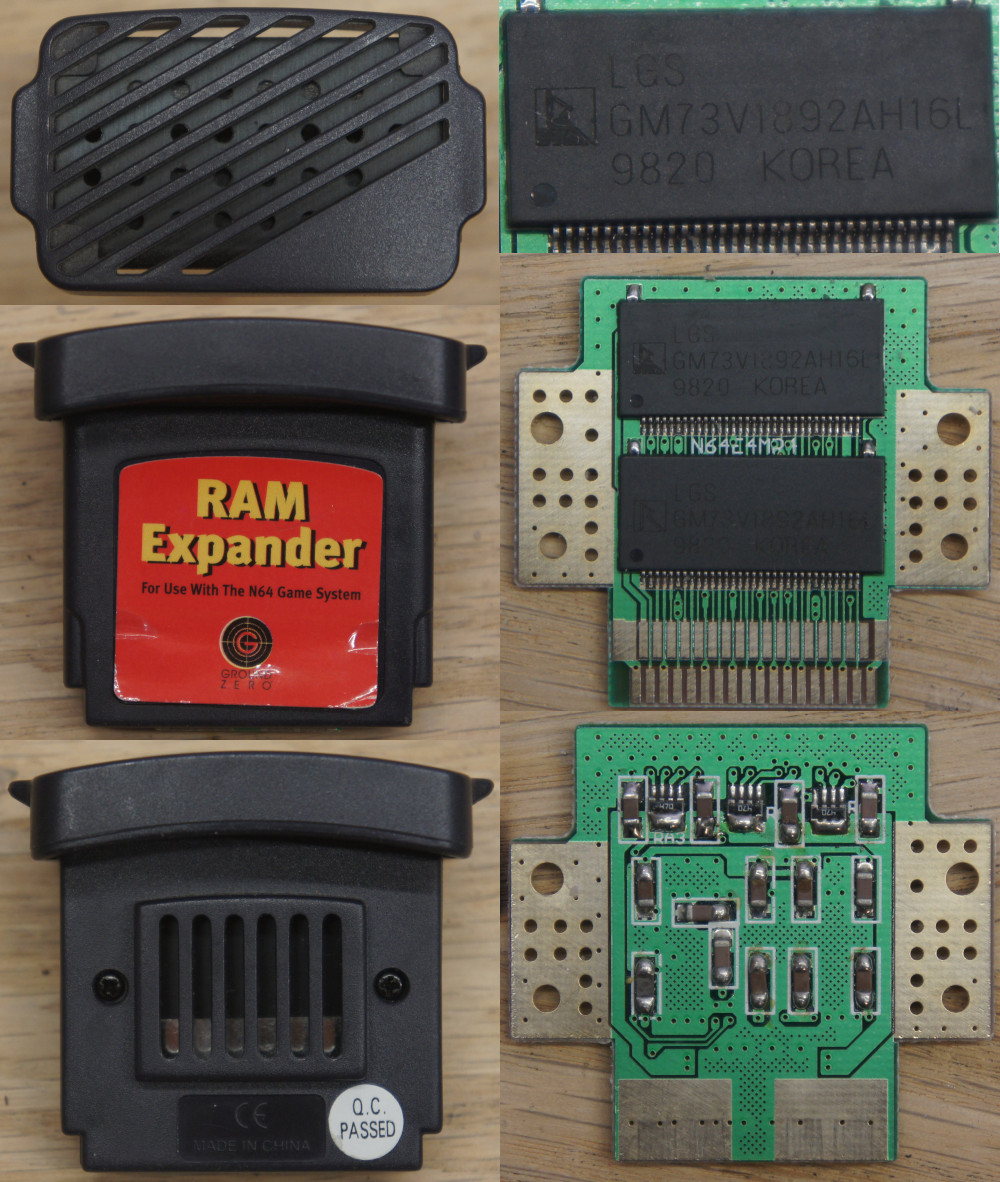 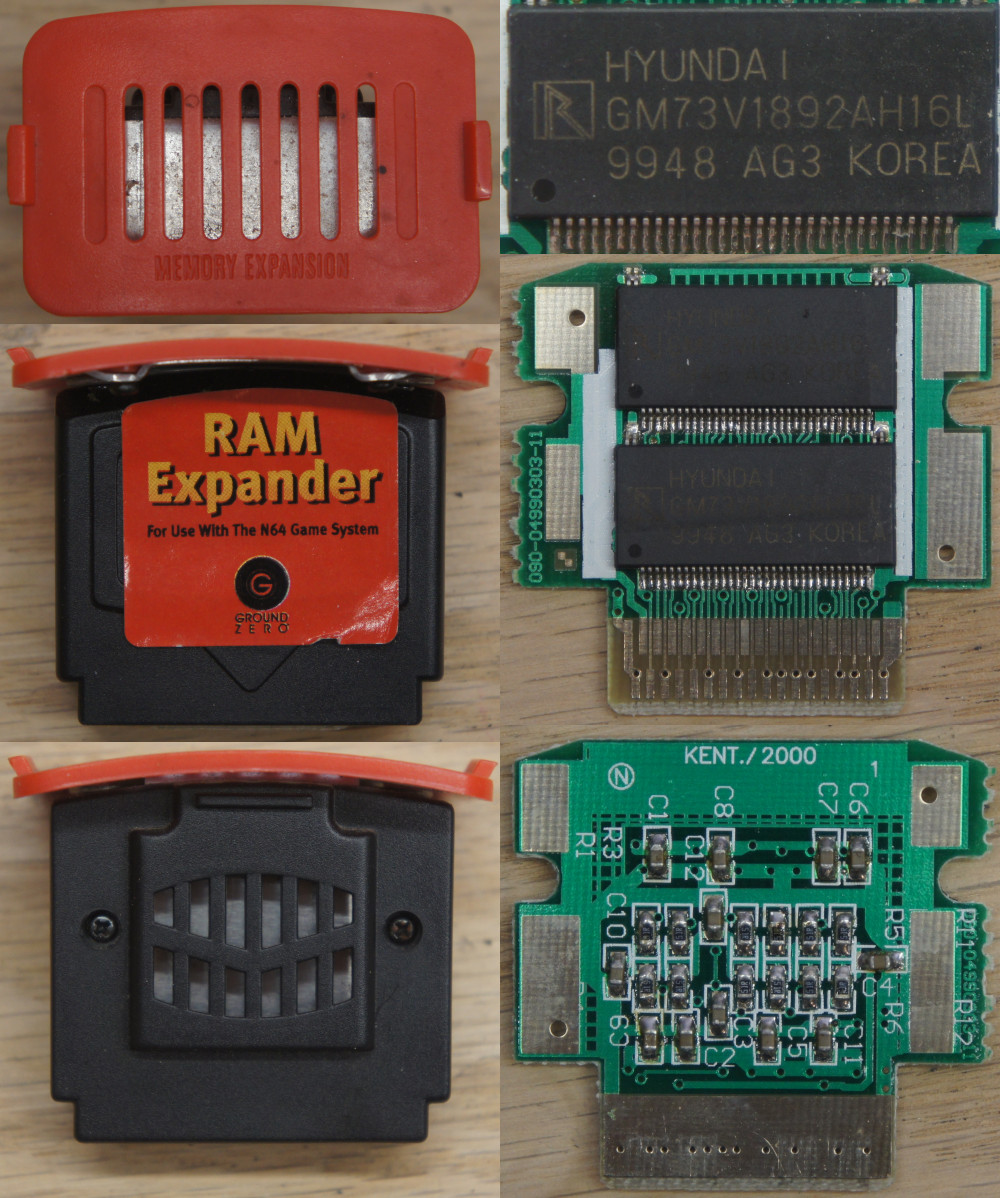 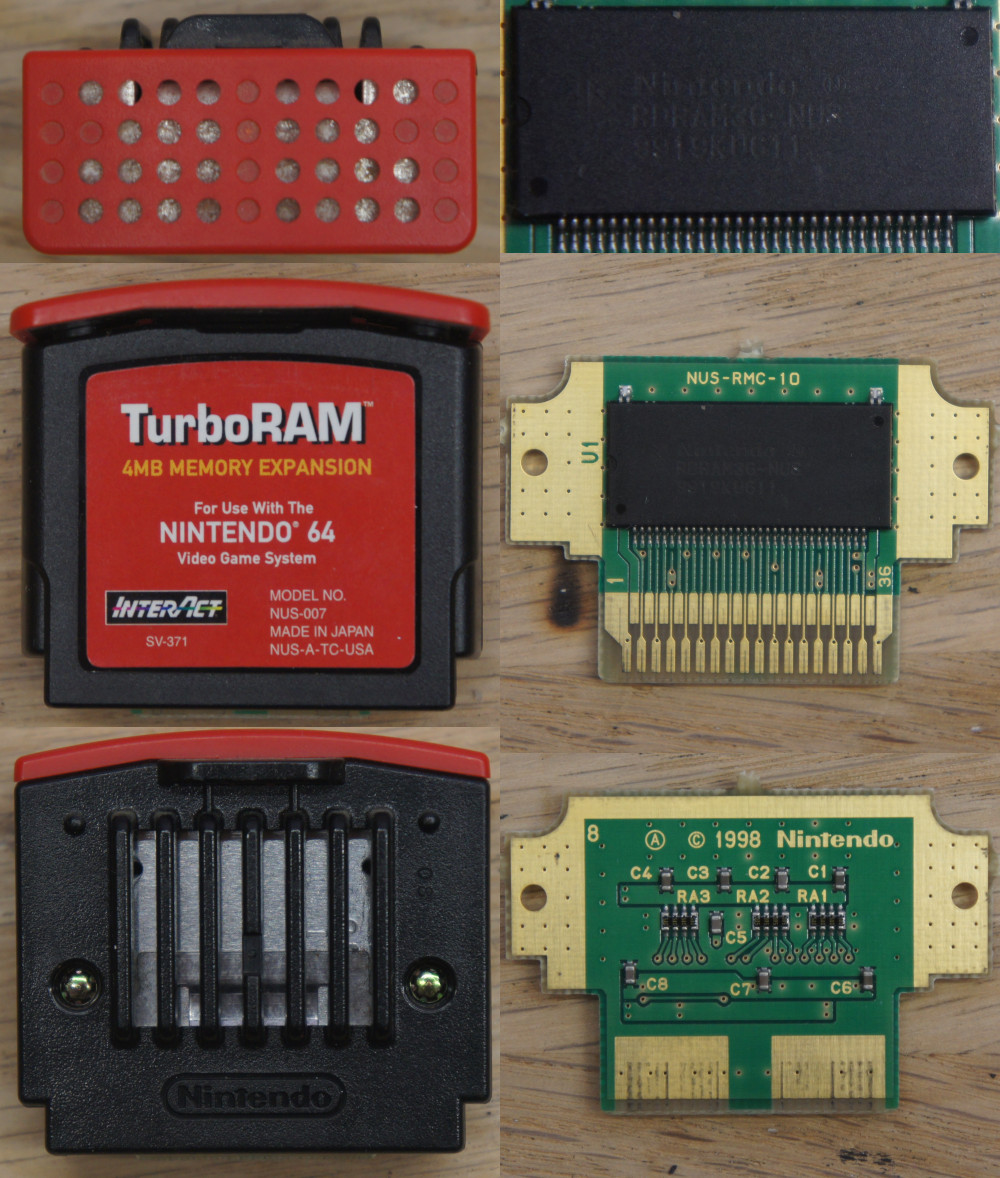 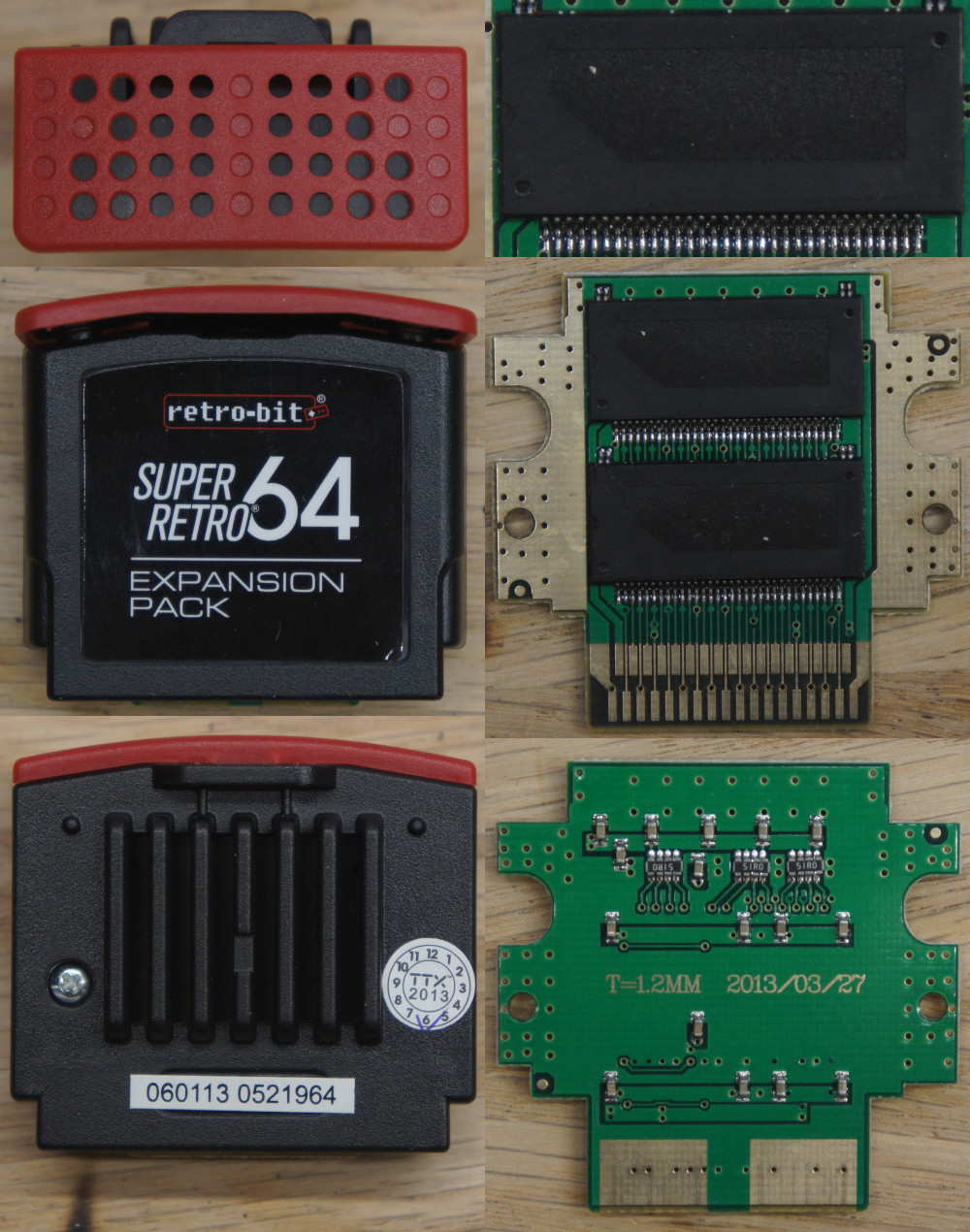 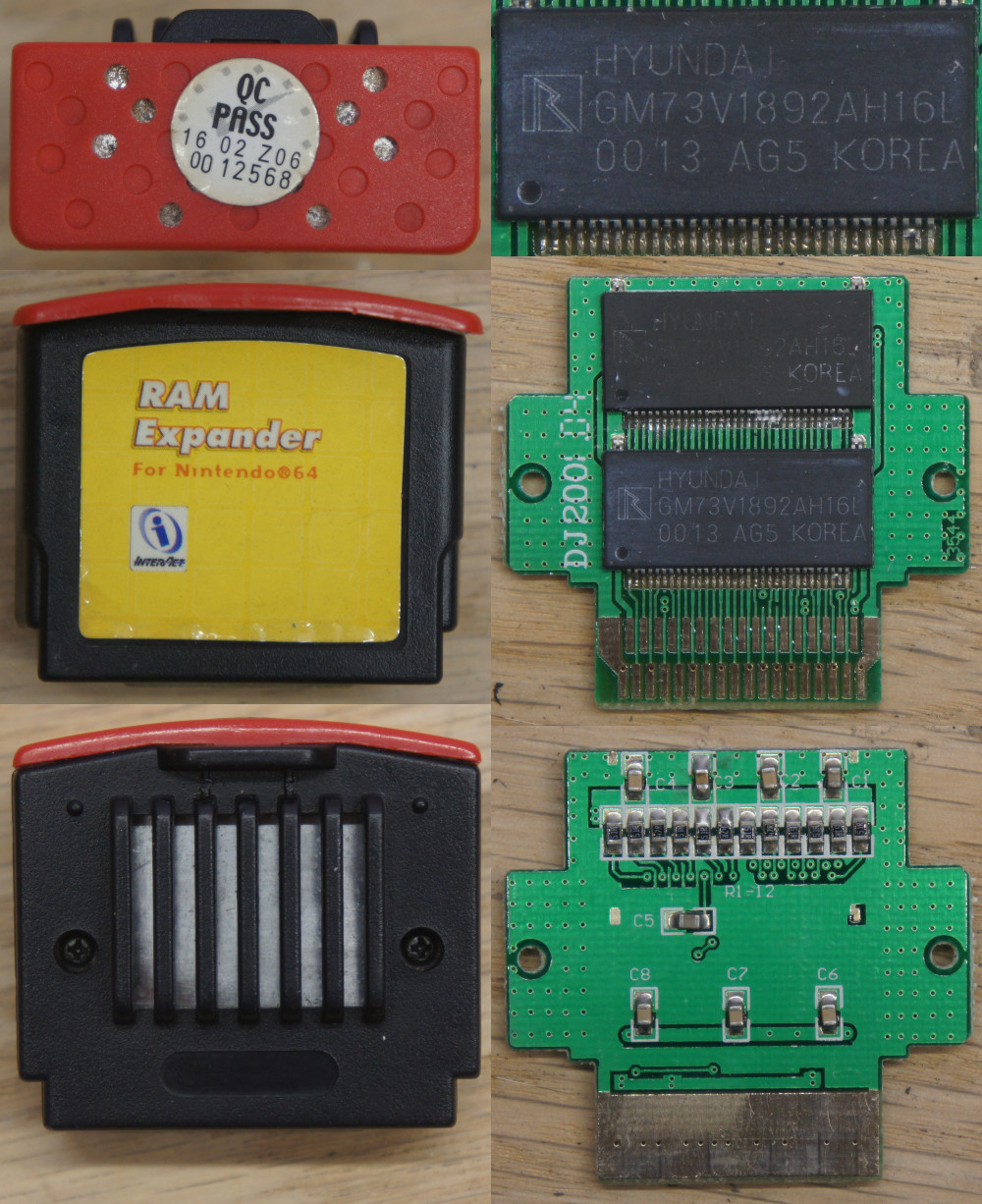 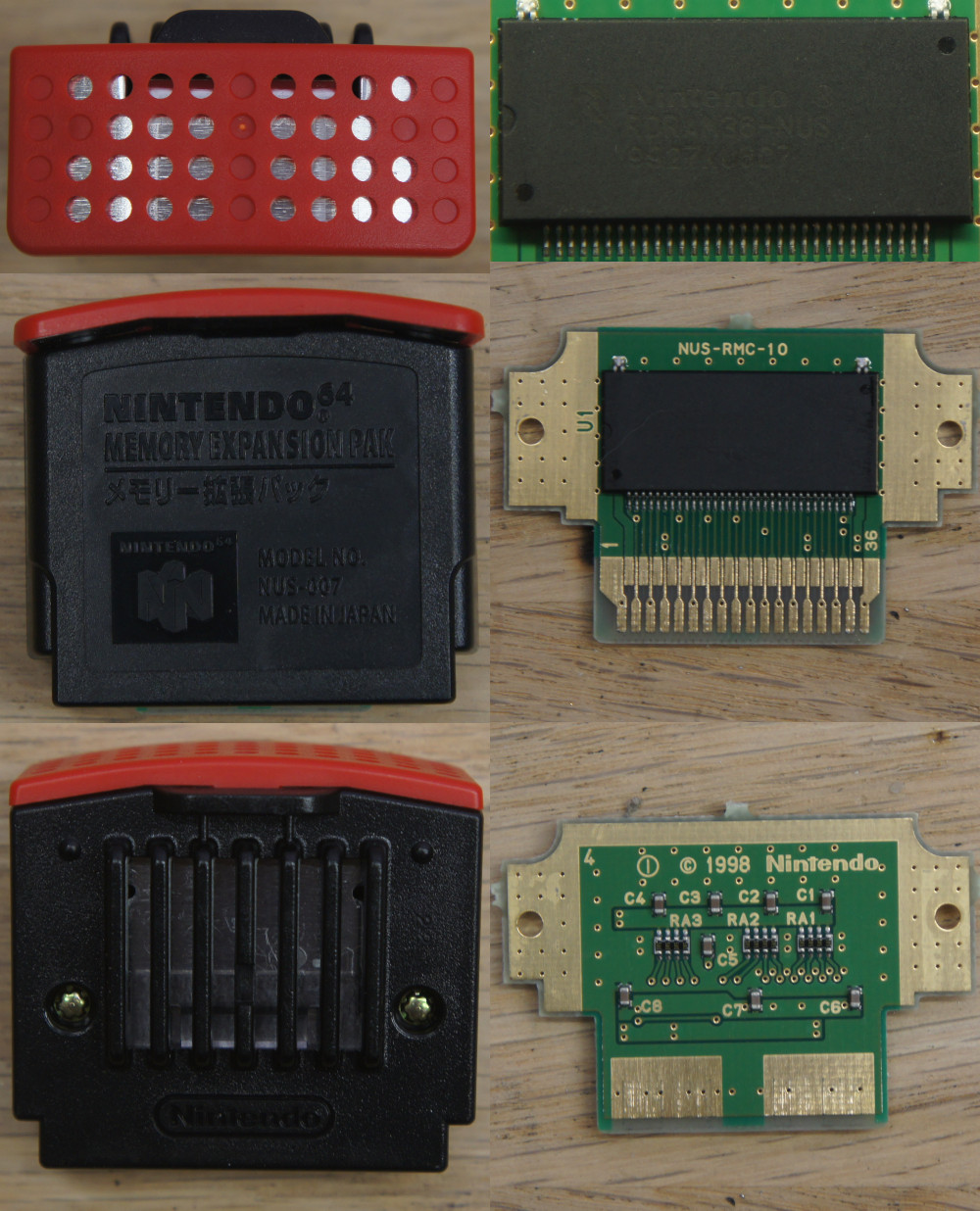 I've found a few more interesting things in my search.

The Rambus Memory that appears in the N64 was the first generation of RDRAM. The RDRAM that was available for PC's around 1999 is a 3rd generation product. As well as the N64 has a 8/9bit bus and the stuff for PC's was 16bit. So that's a dead end for cheap memory off old RDRAM sticks from eBay.

There were a handful of AGP graphics cards that have the LG GM73V1892AH16L or Toshiba TC59R1809VK/HK RDRAM onboard. These were on the Cirrus Logic Laguna3D and Chromatic Mpact cards. Interestingly the GM73V1892AH16L is supposed to be a lower latency memory than what the N64 comes with stock.

It's thought that the N64 uses NEC PD488170LVN-A50 memory that have been re-branded with Nintendo's internal part number of RDRAM18-NUS because the NEC memory was seen on early N64 boards.

16/18Mbit (2MB) RDRAM appears to be the primary memory size of RDRAM manufactured. The RDRAM36-NUS was manufactured special for Nintendo. I found a seller on Alibaba that has a listing of RDRAM36-NUS, I asked for a quote but they're long sold out. I also found a forum post that mentioned they experienced that same thing and they hypothesized these sellers where selling left overs from the iQue64. So this sort of ends the search.

So in summary here are the known pin compatible memory options for the N64:

I've attached the datasheets that I found for the above chips as well as re-attaching the datasheet from the first post to put them all in one place.

Here are some links to further reading that I came across that are very interesting:

RDRAM inside the N64

Following the purchase of an almost immaculate N64, I've renewed my interest in this little console. We know a lot about the CPU and the RCP. The Rambus memories in it, however remains a rather undeveloped subject. Even in the retro-modding forums all the info I could gather is that they are not... 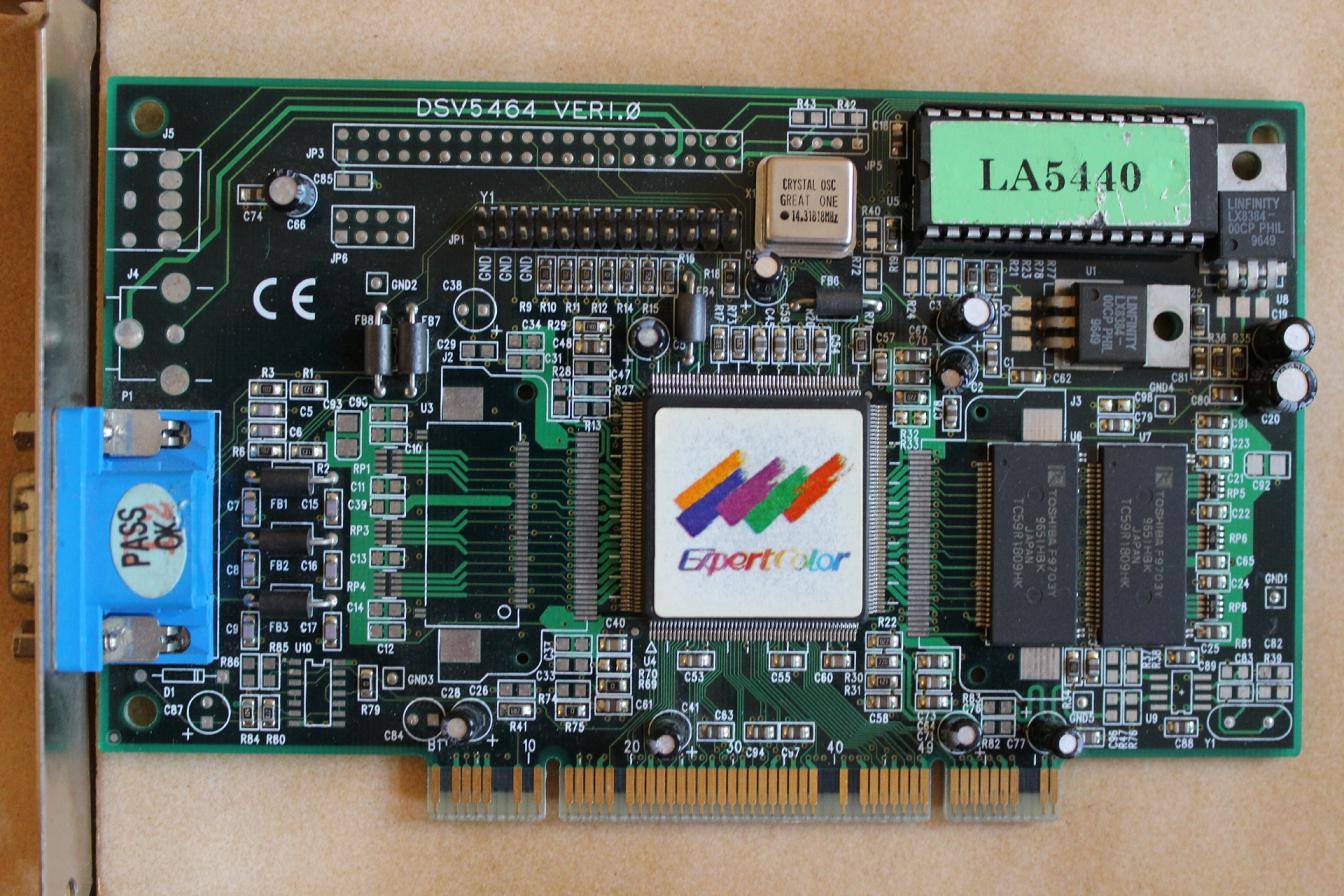 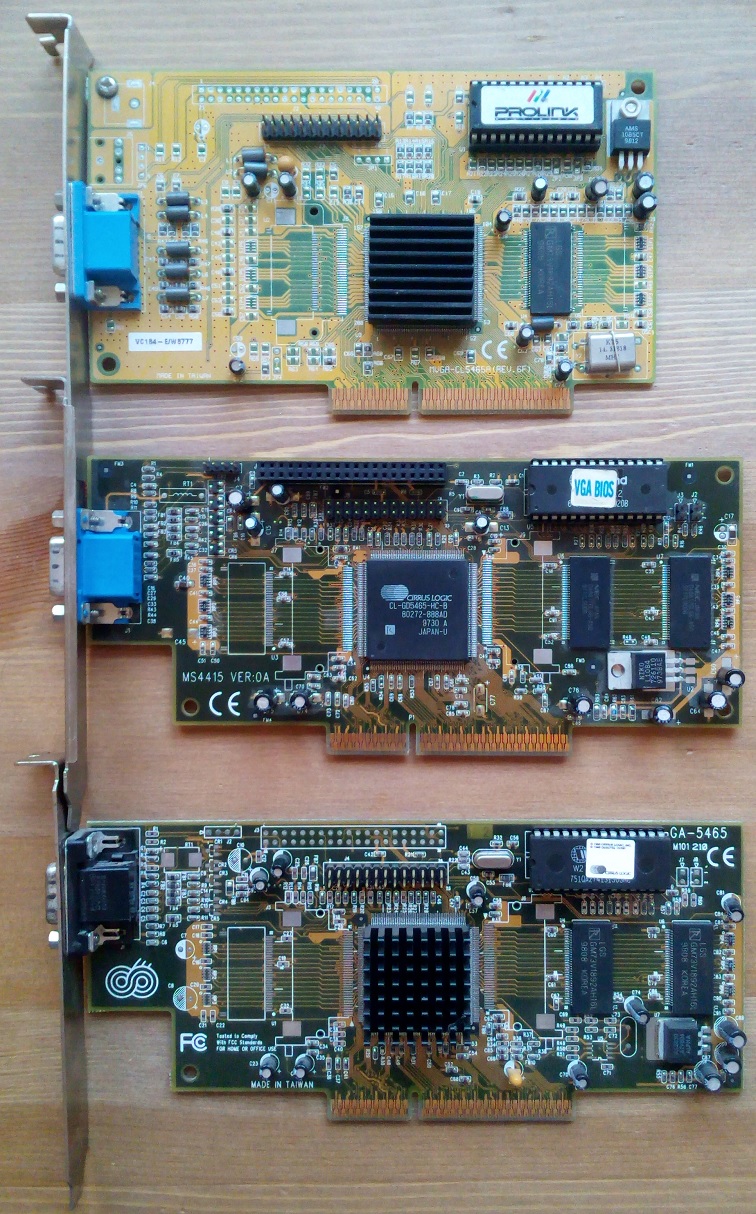 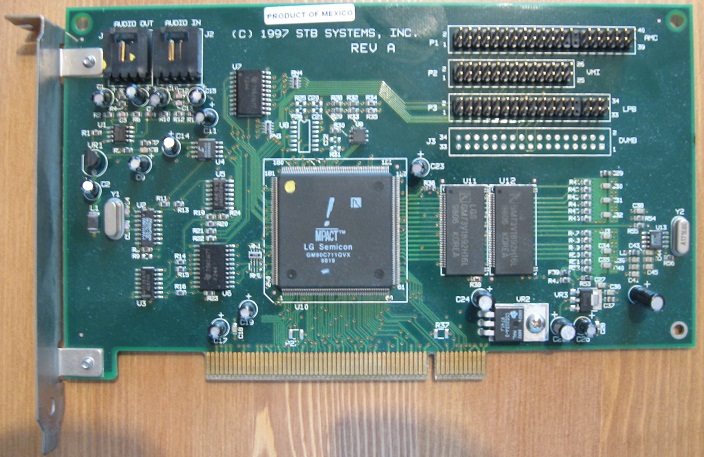 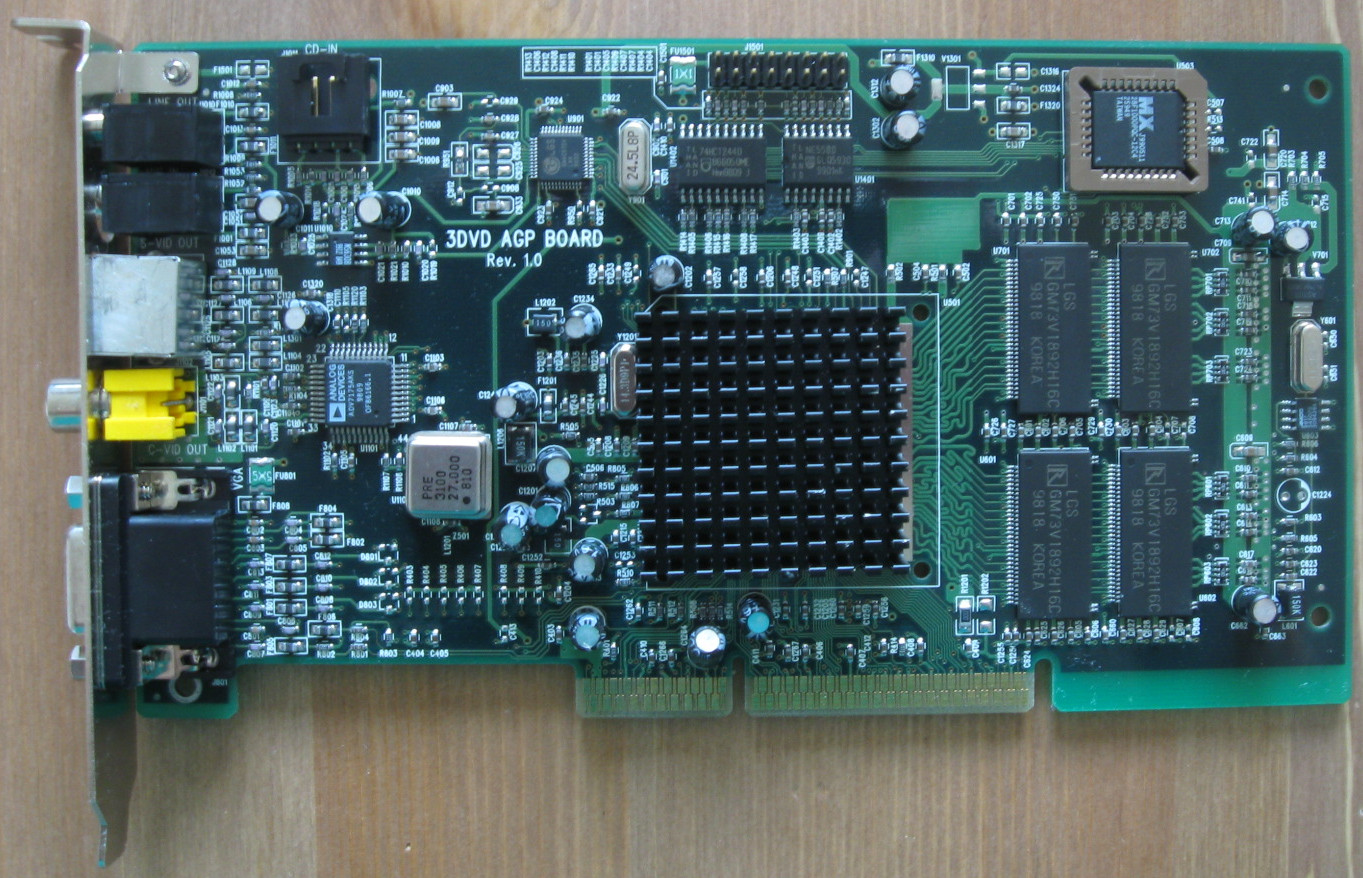 I can confirm the NEC theory. While going through the pile of N64's to check revisions found a REV5 with NEC ram stock. 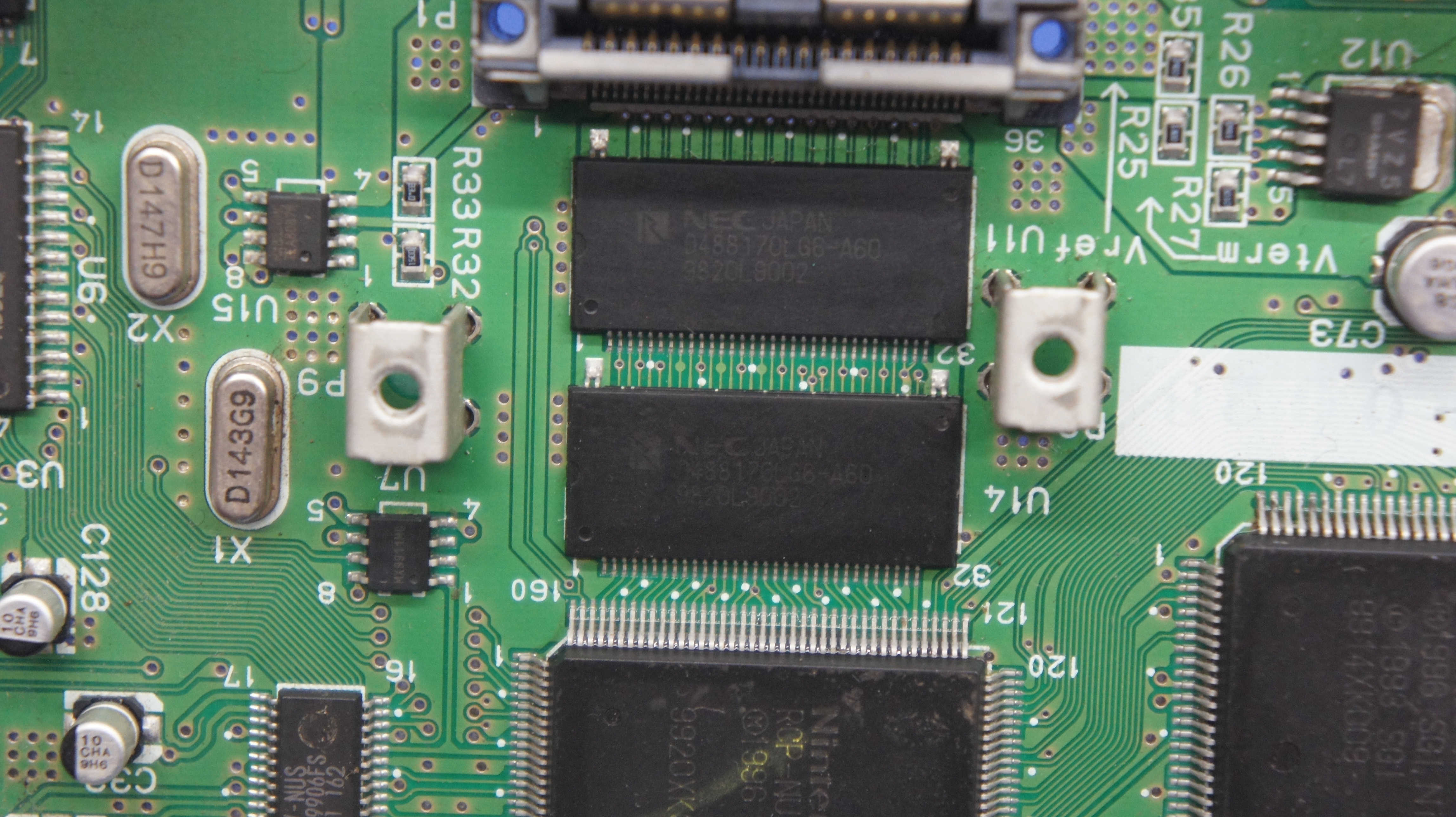 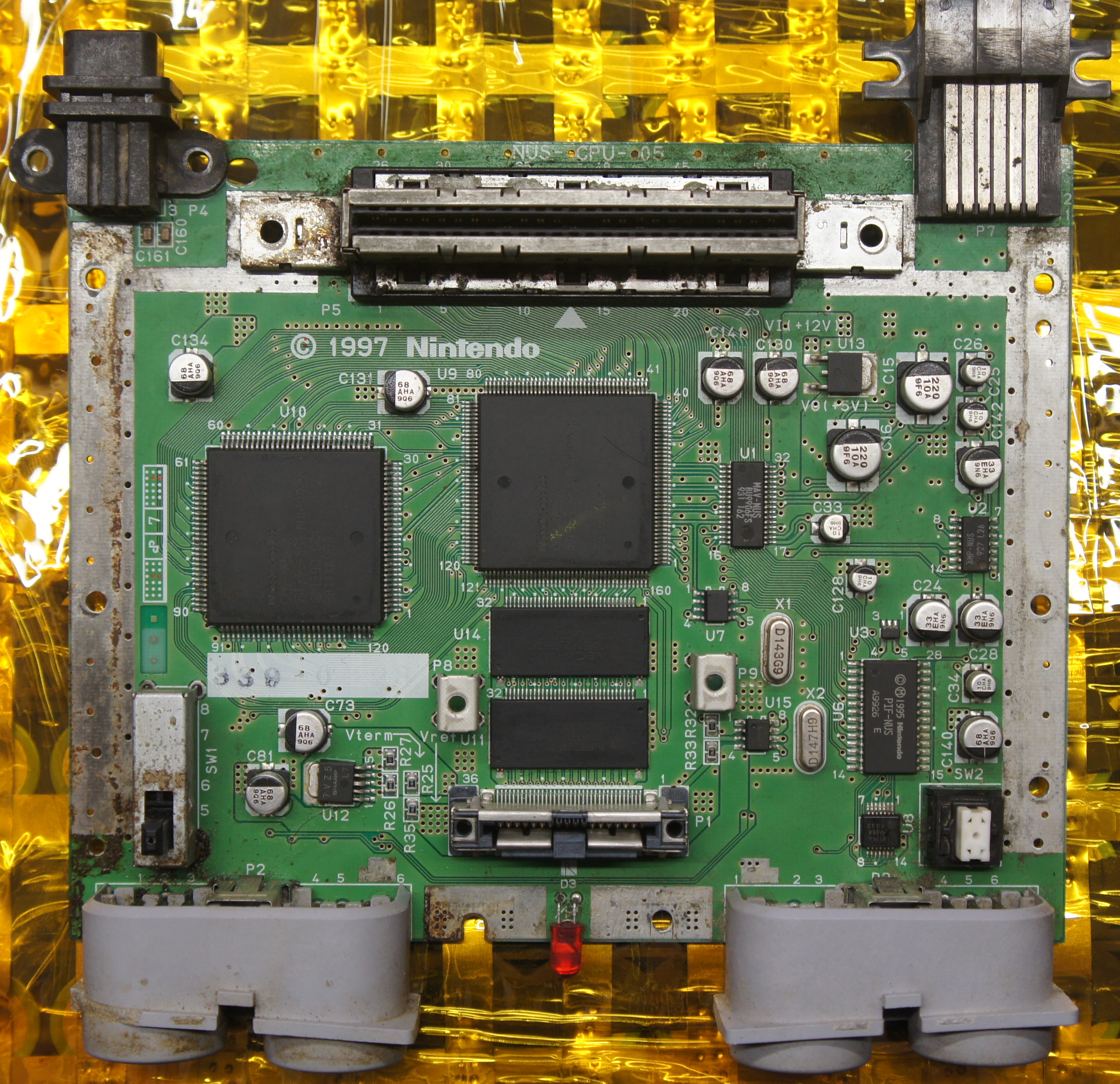 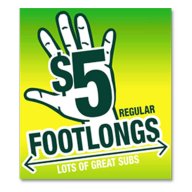 I did a bit of searching, and it looks like you might actually be able to get the LG GM73V1892AH16L and Toshiba TC59R1809HK from class-ic.com. I wasn’t able to get a quote, though, since it requires a business (non-gmail.com) email address. They only have 12 of the Toshiba chips, but they have 700+ of the LG chips. Might be worth checking out if you haven’t already?
“Don’t quote me on that.” - Me

I hadn't found this but I sent an RFQ with a non gmail email address. Thanks!

This is of much interest to me as N64 is getting updates possibly patched in the newest Limux kernel. Being as the N64 is mipsel based and has RDRAM using terminators, it should be theoretically possible to add more RAM at a cost of speed.

If we can terminate up to at least 32MB of RAM we should see Linux/BSD booting on this without low memory errors.
You must log in or register to reply here.
Menu
Log in
Register
Top