Luca said:
I'm having some troubles regarding my GC controller trim. I've managed to pull off a successful trim already, but one leg of the DOL-A chip broke off. So I just thought: no big deal, I'll just get another controller. I did the exact same thing with the new controller. This trim didn't go as smoothly though. I connect the controller to my Wii, boot up Portablizemii, move around the joysticks and nothing. Nothing happens on screen. What am I doing wrong?
I know this is the outdated way of adding Gamecube functionality to a portable, but there isn't a whole lot that can go wrong here right? Do gc controllers just die on their own like the consoles themselves?

Thanks for all of your help! An yes, I realized I wouldn't need a GC controller if I'd be going with a Classic controller, but since @Aurelio has already finished a working demo of wiimote software emulation, I'd rather just ditch the whole internal Wiimote thing and wait for Aurelio's memes instead. Awesome how easy Wii portablizing is getting by the way. Some awesome work is being done here!
Click to expand...

Have you checked all the ground and 3.3v pins marked here? There's a resistor down the bottom of your trim that looks a bit intruded upon. (I don't know if it's connected to anything tho)
"If you think a hot dog is a sandwich, then you're an idiot" - GingerOfOz, Sage of our era 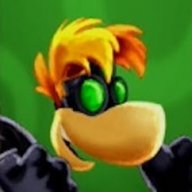 @Stitches, you are a goddamn genius. I looked at the controller board scans and noticed a trace going from the uh.. metal box component thingy at the bottom left of the board that I destroyed because I trimmed too much. That resistor you mentioned was actually connected to that metal thingy. I fixed the broken trace and everything works now! Thanks for everyone's help with this!

happy gc trim :-)
You must log in or register to reply here.
Menu
Log in
Register
Top