fibbef said:
I'm basing the cease and desist orders on Pokémon Uranium and that 3D Chrono Trigger as precedents.
Click to expand...

See the funny thing is Uranium isn't even a ROM hack. Some of the people who do custom Pokemon games use RPGXP or whatever that program is and they can't be played on consoles.

Ah, wasn't aware of that Noah. Then I guess it just comes down to "You're using our trademarks. Stop it." Because the Uranium creators weren't even doing it for profit. Nintendo just protecting their brand.
The sun is shining... 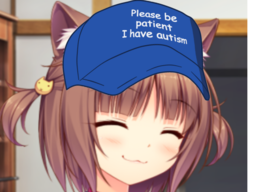 Luke said:
The only way I can see this as being wrong is because while they don't sell the physical copies of these games anymore, they do sell them on the virtual console, and you're wrong about Brawl being "a really good smash game"

, but I think it's within the realm of possibility that they start releasing gamecube / wii games on a virtual console at some point, so there is still the potential avenue for them to make profits on these games in the future.
Click to expand...

I agree with that. That they are eventually doing virtual console with gamecube and / or wii games soon. The problem with this is they themselves are pirating games to get them on there. Sure maybe not always, maybe not most of the time, Sure maybe it's their games, but they have done it. Even if they have done it once, they're proving to everyone "Hey we know we said you're not supposed to be a pirate, but we're going to do it just because we don't have this game laying around to put on virtual console." Like that's very hypocritical! Not only hypocritical, but ridiculous as all hell!

Imagine if Brawl (since I've been using that as an example), was put on virtual console, and people found evidence that Nintendo had to download it off the internet because they didn't have it lying around. People would lose their mind. But because something small like Super Mario Bros for the NES is so old, Nintendo sees it as a small thing and not a big deal.

I do agree that a game very well could be reused even if it's irrelevant. But the problem is they are so old by the time they do put it as an emulation, that they download it, or have to search their mom's basement to find it.
Mumble was just a dream.

Mumble said:
Imagine if Brawl (since I've been using that as an example), was put on virtual console, and people found evidence that Nintendo had to download it off the internet because they didn't have it lying around. People would lose their mind.
Click to expand...

Oh I would expect them to just copy and paste dolphin onto the switch at that point. People would flip shit over ｔｈａｔ

Got me. Got me good.
Mumble was just a dream.

The way I saw it was like modding/making portables. It's yours, you could do what you want with it. You could replicate it exactly for own purposes, but obviously you couldn't share the replica as it's goes against US laws. Downloading them is pretty much copying (sort of), so there is some leeway. And though I've never heard of this happening, I would "be prepared" so that if was charged with anything, I'd have proof all was kept to myself. So if at all possible, if I wanted a backup of a game, I'd copy it myself. Just for maximum safety.
You must log in or register to reply here.
Menu
Log in
Register
Top