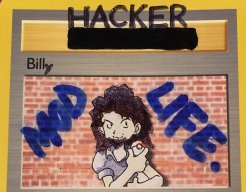 I recently had gone to my arcade and just kind of randomly asked them if they had any Arcade shells just laying around that I could have and Sure Enough, Hidden in the back alley was this beauty. 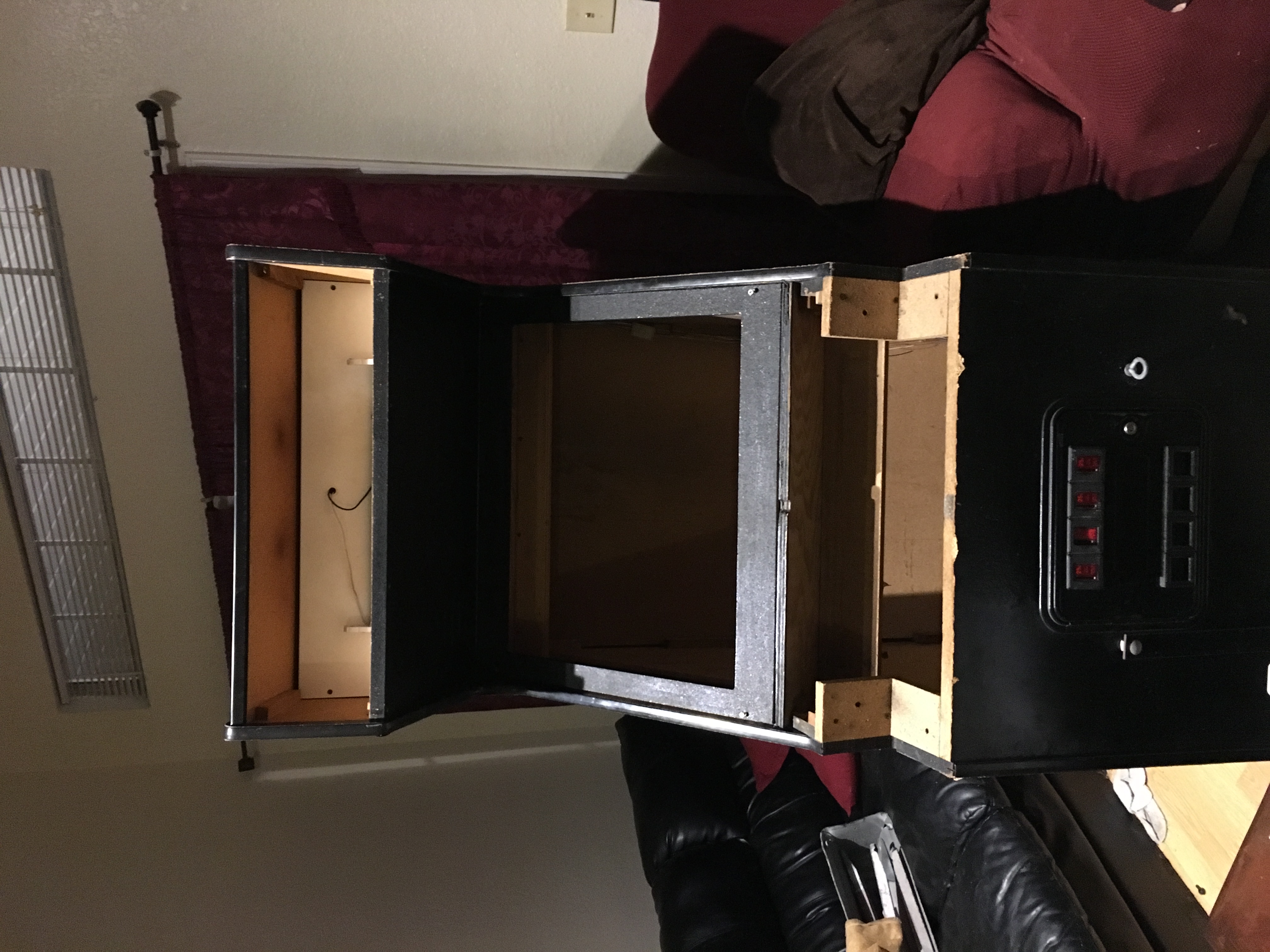 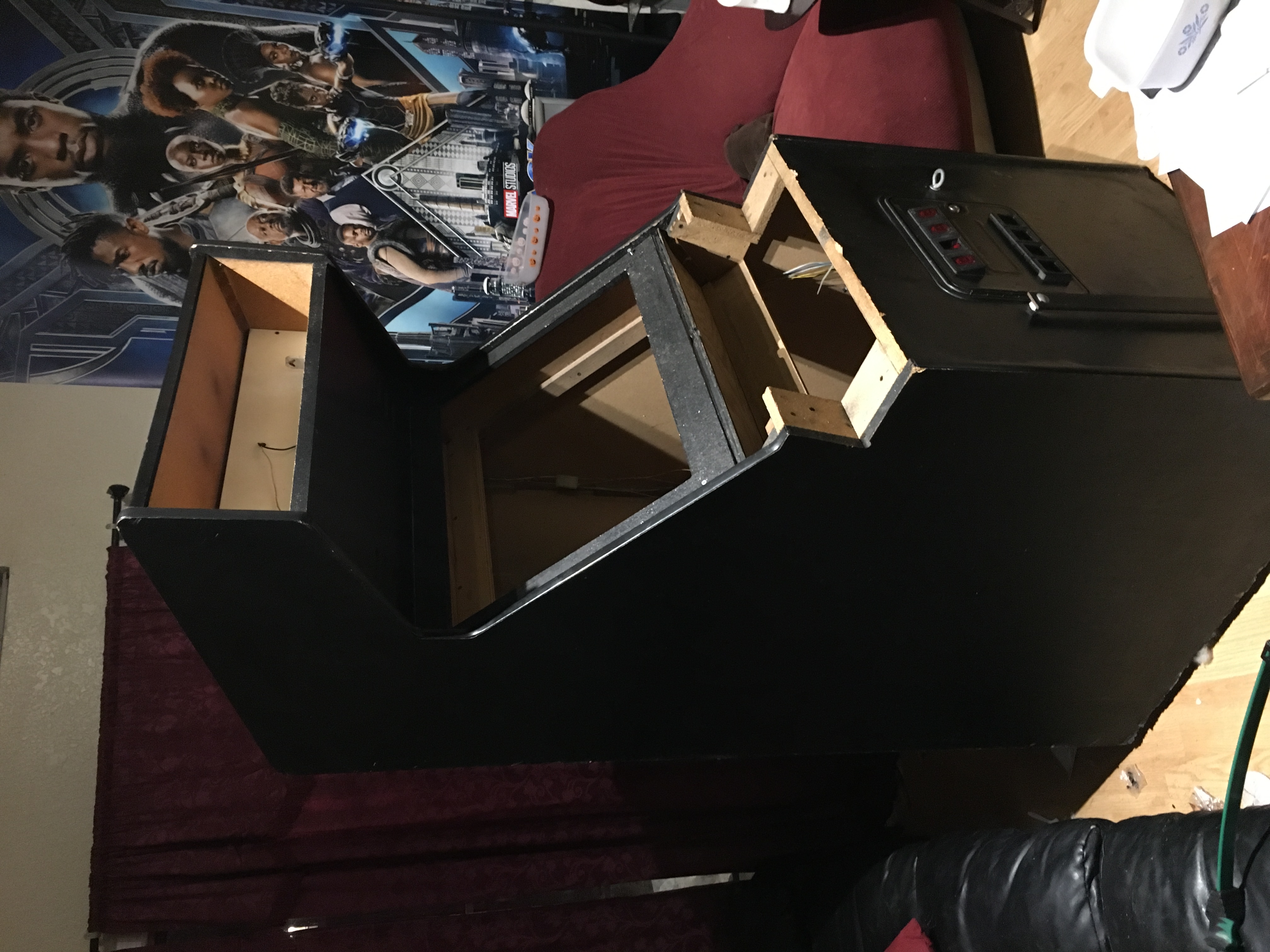 A 4 person Arcade Cabinet!!! Which I was super excited for! I was going to original turn it into a Virtual Boy Arcade Cabinet but after much thought to it. I decided it would function better as a 4 person multicade Arcade! Which will have both a Cfw Ps3 in it and an Original Xbox running CoinOps 8. Controllers will be ps1 controllers with the adapters to each console wired in.
The reason I am running 2 systems compared to just 1 or even a pc is because I want to make the Arcade Scott Pilgrim themed. I have always loved that Series and I feel like it would look rather beautiful as an arcade machine but the only place to play the game is well on ps3 or Xbox 360 but I cant run as many games so easily on those systems as I can with the og xbox which will have thousands of games running on it which all work out with Arcade controls.
Both systems will be wired to component so turning them on will just be the press of a button located most likely at the bottom.
The system will also feature Light Up Arcade Buttons themed to ps3 controls and it will also have a mini fridge at the bottom.
I've quickly sketched(photoshopped) out some ideas on what the arcade will look like
(To give perspective, It is the same cabinet used for the Captain America Avengers Arcade Cabinet. ) 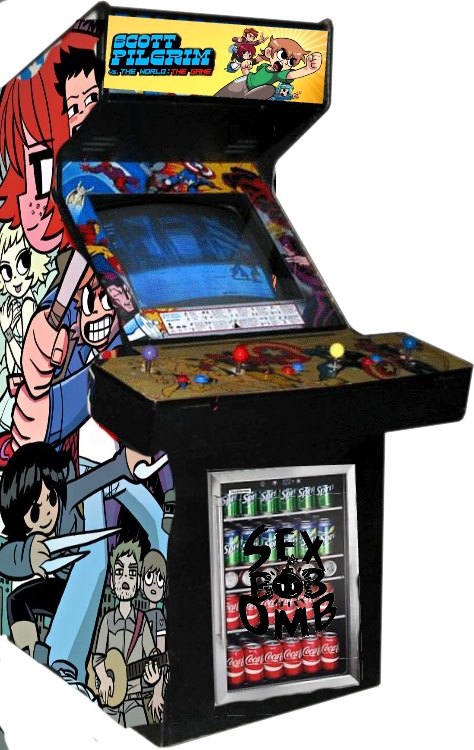 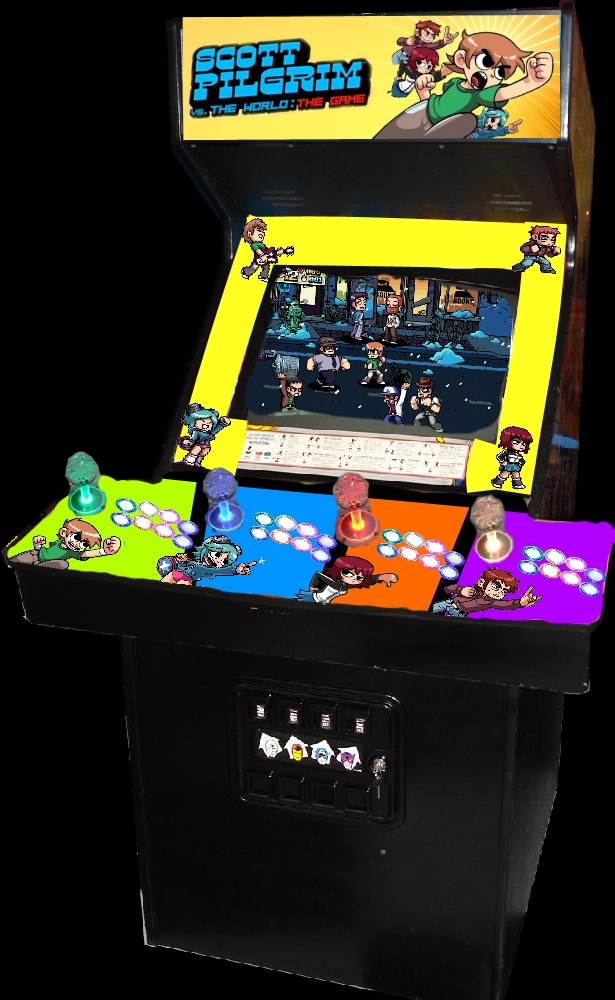 Now these are extreme rough drafts but it gives a general idea on what it'll look like. Though I will be heavily updating these graphics up and posting here regularly with them. 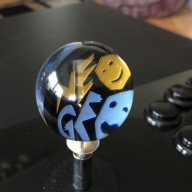 PC is still the better choice honestly, it's more cost efficient and way less of a pain in the ass to setup. 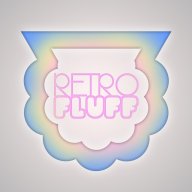 Out of curiosity, what size Step Bit do you use for drilling holes for new buttons? I was looking to get 1 3/8" but didn't know for sure that it'd be the correct size.

SpiffyJUNIOR said:
PC is still the better choice honestly, it's more cost efficient and way less of a pain in the ass to setup.

P
And most of the controller adapters.
Also it wont be a pain at all to hook up. Both sources will be going to Component in. I already got coinops 8 massive with the og xbox.
It'd just be easier on me than using a pc.
You must log in or register to reply here.
Menu
Log in
Register
Top