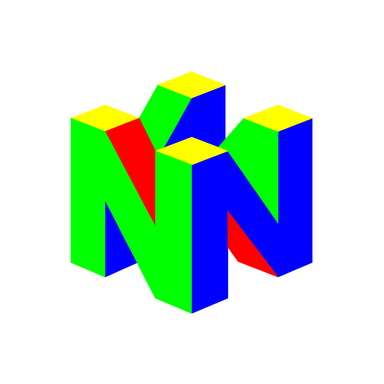 I was been breaking my nuts a few days trying to find documentation related to the expansion port of the Nintendo 64 controller, and seems that this is the best place to ask for.

Apparently the comunicación protocol between the Nintendo 64 and the CNT-NUS has been hacked a long time ago, since 1999 as I found in old web pages, in honor to my interest they describe the software protocol to identify the kind of device attached to the expansion port, from where I learned that the CNT-NUS just dump to the Controller Pak a data array of 32 bytes (looks like one per pin), and that the Rumble Pak its driven like a SRAM memory in witch the system writes "1" or "0" in order to turn it on or off. They even talk about the two missing buttons of the controller ("X" and "Y")

One said that, there is a complete lack of documentation about for example the Transfer Pak, or the own protocol of the expansion port.

Looks like Nintendo never designed the port for nothing more than the Controller Pak (maybe that's why have this name instead of "Memory Pak"), apparently seeking for cost reduction in their pre-planned 64DD, not even Super Mario 64 (one of the first games, if not the first) have rumble support.
In fact the implementation of the Rumble Pak goes through the IC VDEC-CNT, a proprietary chip that seems to fake a SRAM. And not even the PSU of the system its adapted to stand the high current of multiple Rumble Pak's at onces, that is apparently the reason of why it uses double AAA batteries when is posible make it run without batteries.
The Transfer Pak was developed by Rare focused only in Perfect Dark and with the purpose in mind of read the memory of the Game Boy Camera, that later was discarded, and was the own Nintendo who reuses this device to dump the rom and save-state of Pokemon games (and a few more games).

All the info that I can find in this forum and other webpages its only relative to the communication from the system to the controller and vice versa, with the main purpose of making a USB version of the controller presumably to use it on emulators, and after that, the hijack of the signal to make a Game Cube controller compatible with the Nintendo 64 due the problems replacing the joysticks when they get weared, or even wireless/Bluetooth versions.

All the system have proprietary components, the controllers, the Rumble Pak, and the Transfer Pak, even the cartridges, so this put very hard the challenge of understand what is going on...
My purpose is to design new hardware for the controller, but I need to know the controller expansion protocol and right practices.
Some Chinese manufactures are making Nintendo 64 copycat controllers, so that means that the specifications of the CNT-NUS are already known outside Nintendo, also since their days are Controller + Rumble Pak's that with a simple switch change the device detected, so that mean that the specifications of the VDEC-CNT are also already known.

Someone can help me to find any info about this subjet? schematics about that mentioned Controller + Rumble Pak's? or the Transfer Pak? 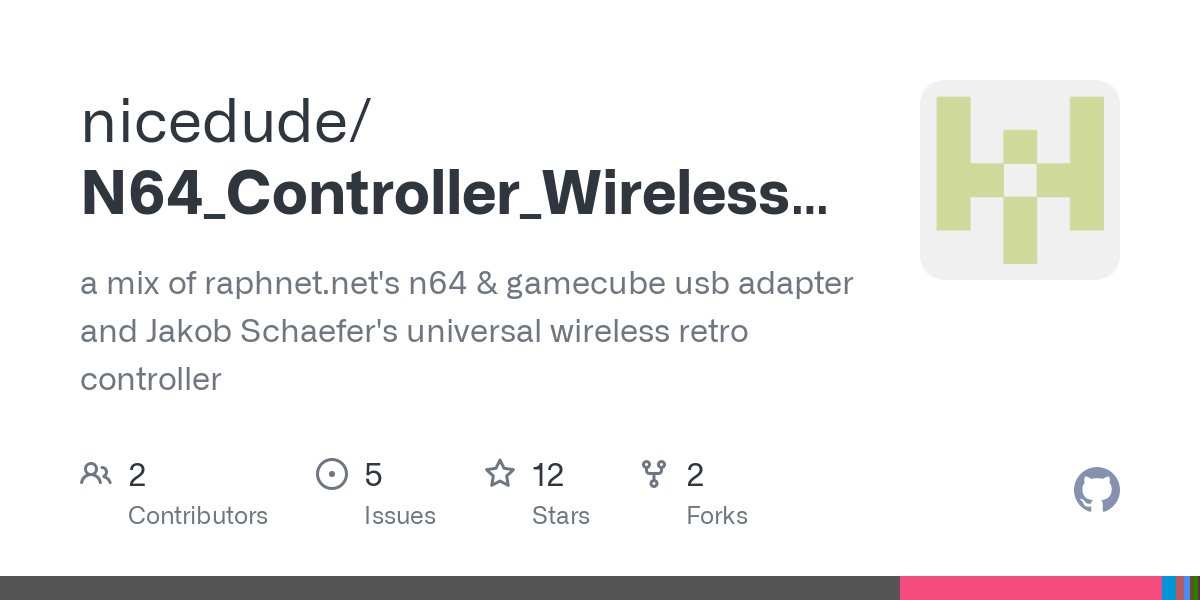 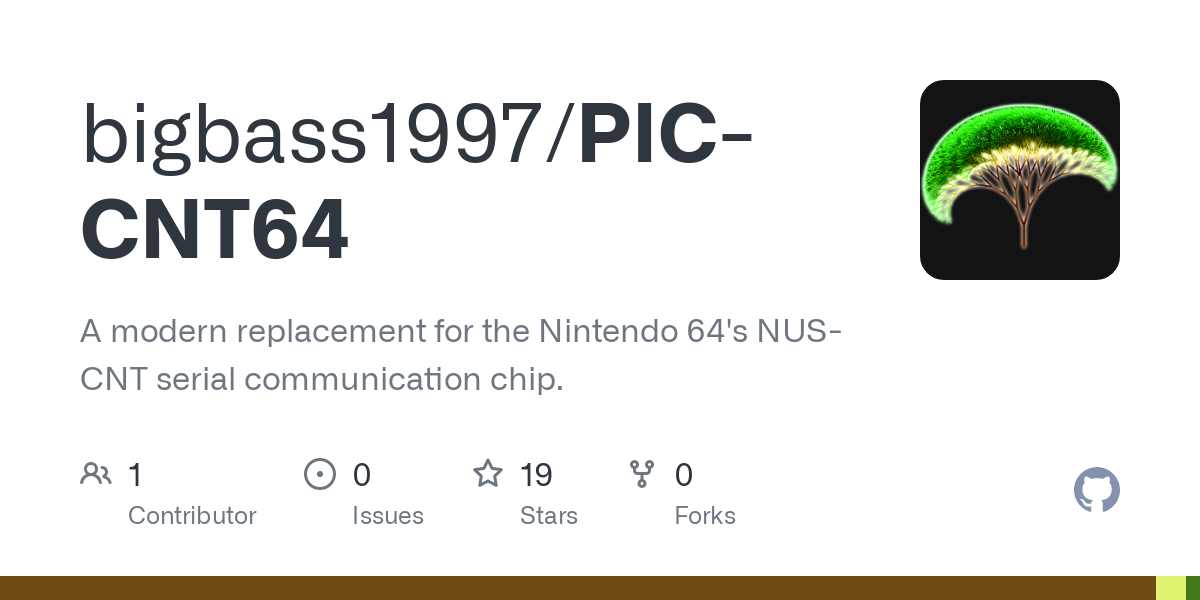 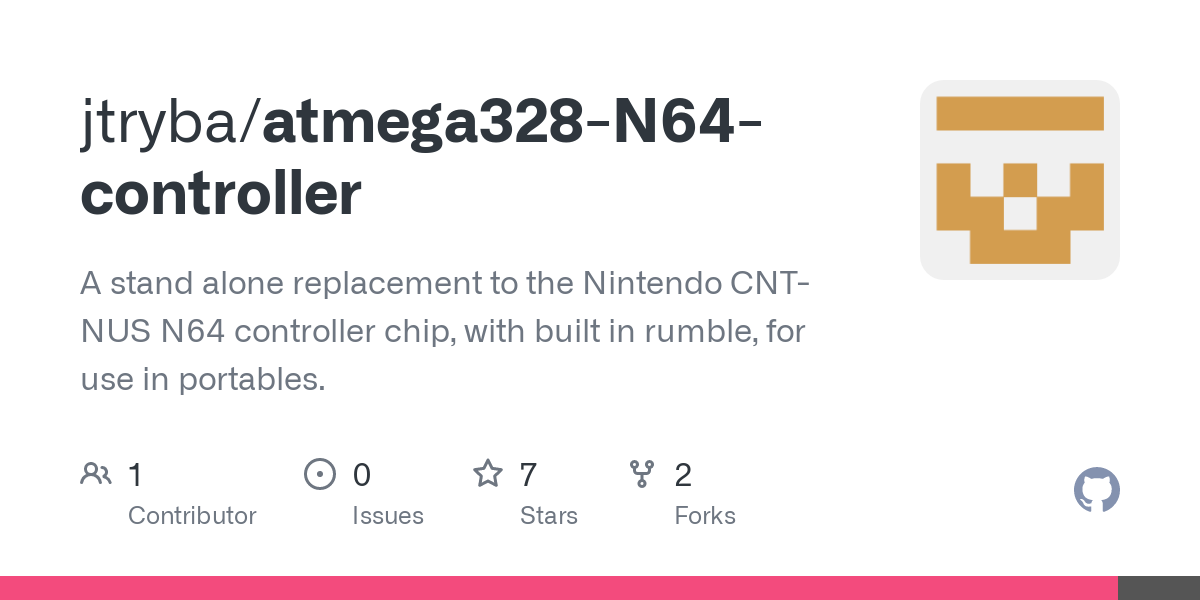 GitHub - jtryba/atmega328-N64-controller: A stand alone replacement to the Nintendo CNT-NUS N64 controller chip, with built in rumble, for use in portables. 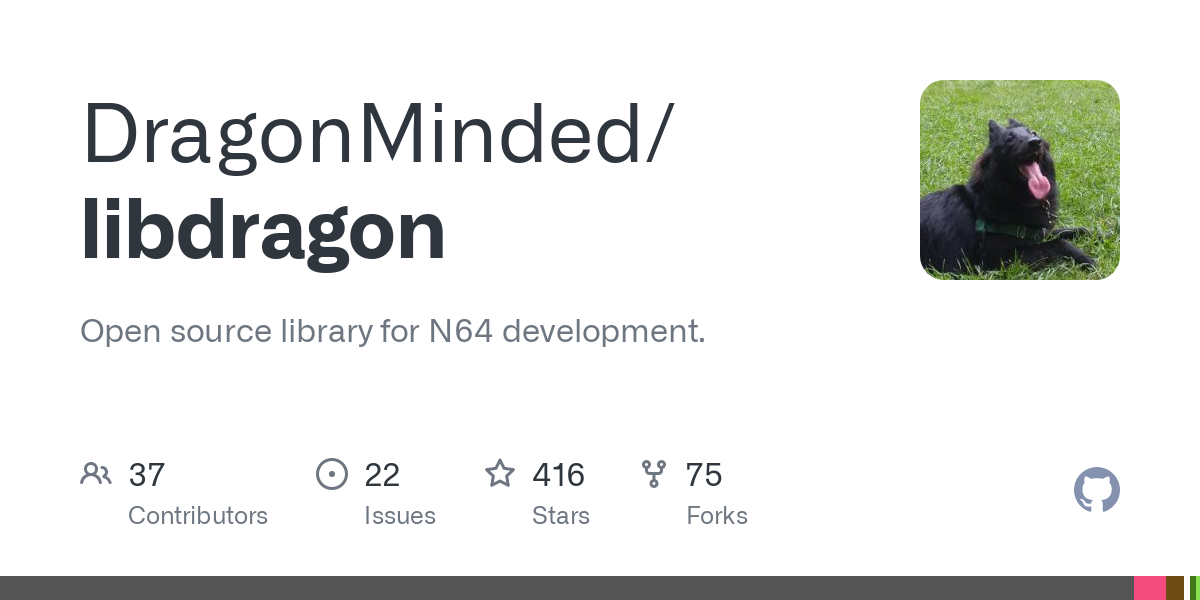 Open source library for N64 development. Contribute to DragonMinded/libdragon development by creating an account on GitHub. 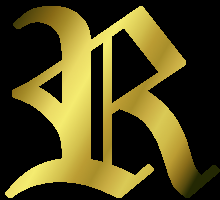 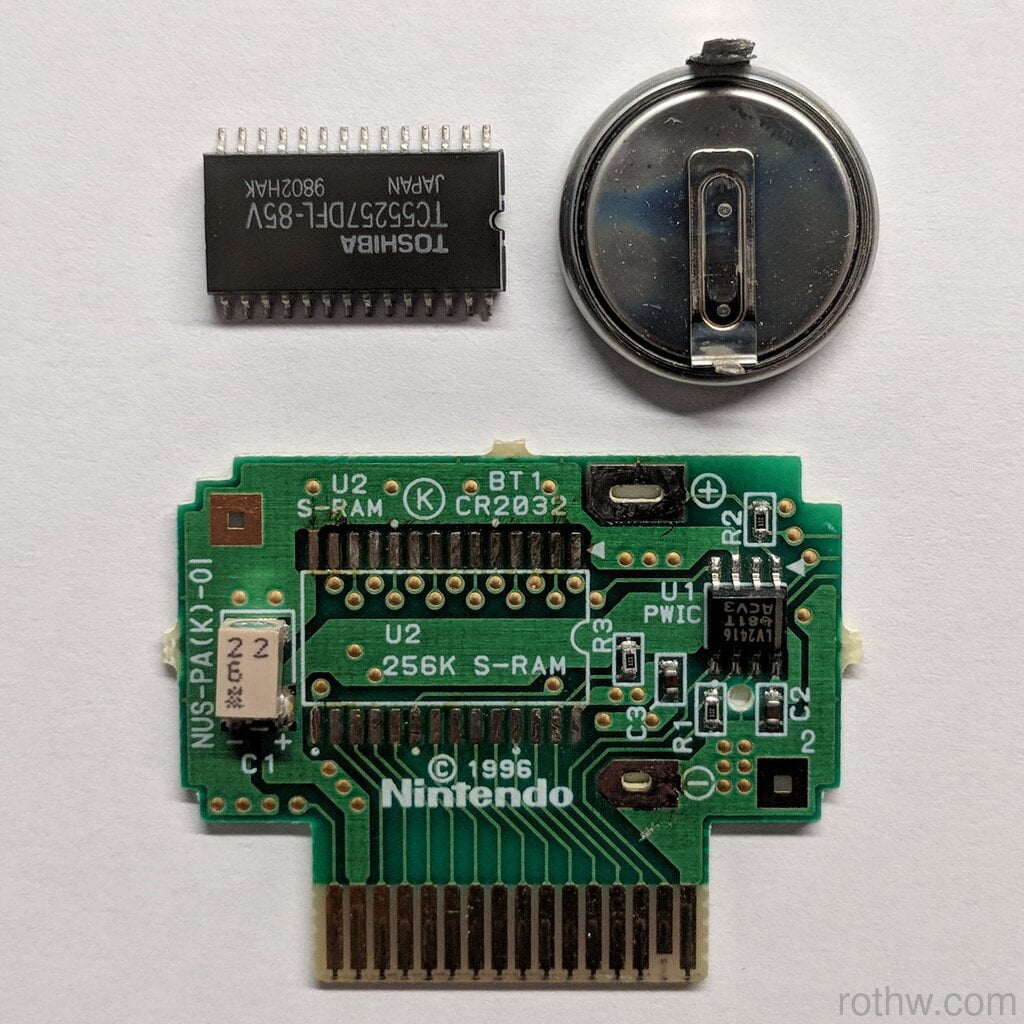 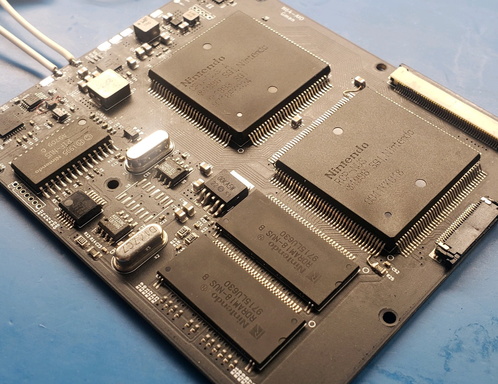 The protocol is a parallel interface that works with the SRAM interface with data bus, address bus, chip enable, write enable. You can find the specifics of the timing in the SRAM datasheets. As you already say the rumble pak works by writing to a specific address 0 or 1 to turn on the rumble. From the console, to the controller, to the controller slot the data passes straight through.

Gman said:
The protocol is a parallel interface that works with the SRAM interface with data bus, address bus, chip enable, write enable. You can find the specifics of the timing in the SRAM datasheets. As you already say the rumble pak works by writing to a specific address 0 or 1 to turn on the rumble. From the console, to the controller, to the controller slot the data passes straight through.
Click to expand...

Da f... I not was expecting a so fast answer and less from a God like you.

What about the "detect" pin (14) and how this Controller + Rumble Pak's switch their identity?

Where can I find an explanation about the CRC?

And what's about the Transfer Pak?
"Never meet your heroes" RIP Gunnar Turnquist AKA Gman 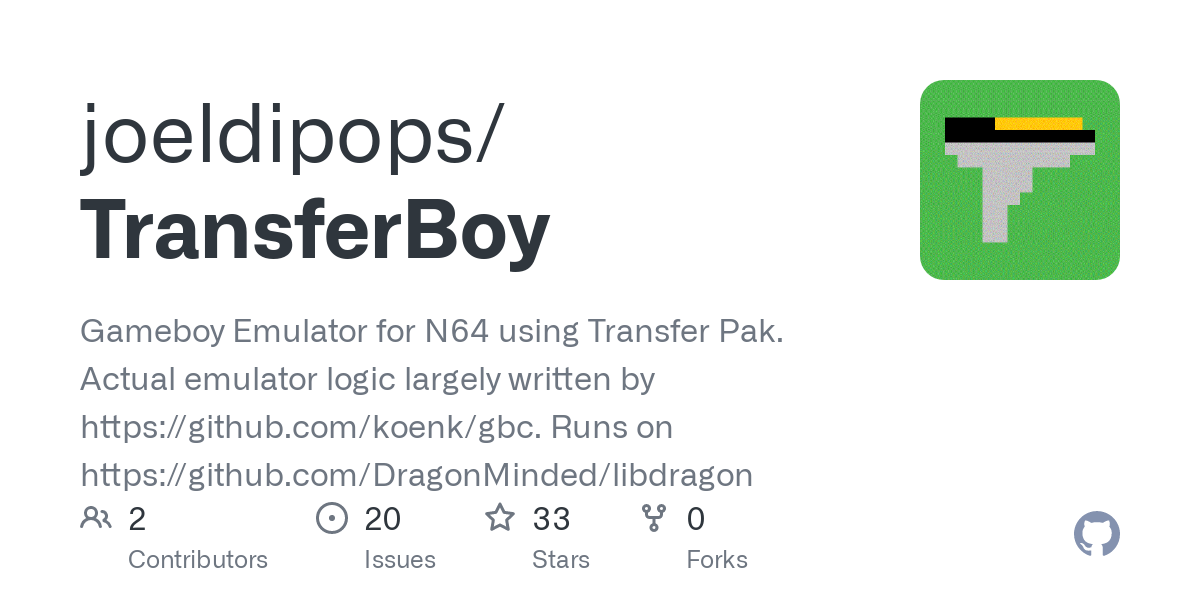 https://github.com/joeldipops/TransferBoy/blob/master/docs/TransferPakReference.md said:
0x0000 - 0x7FFF Controller Pak Data
When using a Controller Pak/Mempak the actual data stored on the Pak is read from/written to these 32kBs of address space. From what I can tell so far, The Transfer Pak does not use these addresses at all - perhaps there were plans for a combination Controller Pak/Transfer Pak or Controller Pak/Rumble Pak that never came to fruition, and they were reserved for that purpose.
Click to expand...

There is the golden nugget...


https://github.com/joeldipops/TransferBoy/blob/master/docs/TransferPakReference.md said:
Memory Addresses and Checksum
Although TPak addresses are presented as 16bit, the lower five bits are not part of the address but are instead reserved for a Checksum. This is why the device is read from and written to in 32byte chunks because that's as precise as the address can get. I've determined that calculating the checksum is not actually necessary to do I/O with the Transfer Pak.
Click to expand...

You're right, I dont need to care about the CRC


http://www.qwertymodo.com/hardware-projects/n64/nonvolatile-nintendo-64-controller-pak said:
The Controller Pak connects Detect to 3V3 to indicate the presence of a cart in the slot (this is true for both the Controller Pak and the Rumble Pak; the controller determines which type of cart it is by strobing a specific address and reading the response).
Click to expand...

And thats why I'm interested in those Controller + Rumble Pak's schematics...

Thank you very much, you give me a lot to study, gonna take me days to digest this, but seems that there are a way to combine functionalities, to fake a VDEC-CNT, and even to make an IR port or an accelerometer/gyroscope.

I hope that I doesn't brother you if I come in the future with more questions.

If someone can contribute more to this thread I will be glad to check it up.
Last edited: Mar 18, 2022
"Never meet your heroes" RIP Gunnar Turnquist AKA Gman

I need to add a correction, Gman is a busy guy and was solved trough Discord.

Pin CE1 in Qwertymondo documentation is flagged, that pin should be called A15.
"Never meet your heroes" RIP Gunnar Turnquist AKA Gman
You must log in or register to reply here.
Menu
Log in
Register
Top