Well, this is a little embarrassing. Turns out that the batteries were just so dead that they didn't have enough juice to keep the Wii on long enough to check the charge level (mostly, I'm also just a dumbass and didn't check in the settings when I could get one connected for long enough). My main mistake was assuming that the cord will charge faster than the wii will discharge, and I guess the PMS can't bypass the batteries to supply power when they're attached. This also explains the inconsistent "symtoms"- depending on how long I was troubleshooting, the more the batteries would charge (another mistake being how I assumed for some reason that they would only charge when the wii was on, because god knows that's how other devices work). I guess that's the end of this two-week delay in this project, and I'll keep the thread up in case anyone else miraculously polishes their brain.


UPDATE: I just learned that the Wii isn't supposed to power on when no batteries are connected, and mine did (I thought it was less risky to test AV when no batteries were connected). Could I have messed something up by doing that? I have been able to "play" games with a wiimote when running off wired power, so usb, voltages, and Bluetooth all work.

As of writing, I have finished the first half of my Ashida, and successfully hooked up VGA. However, I've run into the odd issue that the Wii will only briefly power on (half a second or so) when I have a battery connected. As an idea of what's been happening (and because I can't upload a video without going through YouTube), when I flip the switch, the screen will gently flash and the fan will spin up before almost immediately turning off. I know at least the 3.3v line was getting powered up (the other ones were hard to reach, and I wasn't comfortable wedging in multimeter leads around a bunch of sensitive electronics). The strange part is that I know I got it successfully working with no Wii attached (fans spinning and proper voltages), and about 80% sure I ran it off battery power when testing with composite video (the only videos I can find when testing composite are with the batteries disconnected, though, so there's a chance I'm mistaken). This would mean that the problem arose sometime when I re-attached all the voltage wires, connected to the U-AMP, connected Bluetooth, and connected the VGA cables. It has also happened in multiple different scenarios, which I'll describe below in chronological order

Initial problem: The Wii would only briefly boot up, regardless of being plugged, battery powered, or both. My initial instinct was a short circuit, but I had checked all my new connections for bridging, and none of the voltage resistances that I could check were wrong. After a bit of searching around, I realized that I had forgotten to connect the large ground wire, and had been trying to power everything with a very thin one meant for shielding. After I fixed that, the Wii would boot up when wired to power.

Problem scenario 2: The Wii would boot up when wired to power, but not if a battery was connected (VGA looked great when it was on). I wondered if the problem was instead some sort of surge-current-like issue, so I tried connecting the battery after it was powered up. Initially, the Wii would instantly turn off after I connected the battery, but after a bunch of tries it would stay on with ONE battery connected.

Maybe it has to do with charge level?

Problem scenario 3: It could now turn on with one battery connected while also plugged in. If I tried to attach the other battery even when the Wii was powered on, it would still turn off.

And that's where I left off: stumped and hoping that smarter people on this site know the problem

^My PMS wiring. It's a bit dated, and I have since replaced the 1.15v wire with something thicker. I also replaced the PD with a ribbon cable (shown later) (also my nails are cut now) 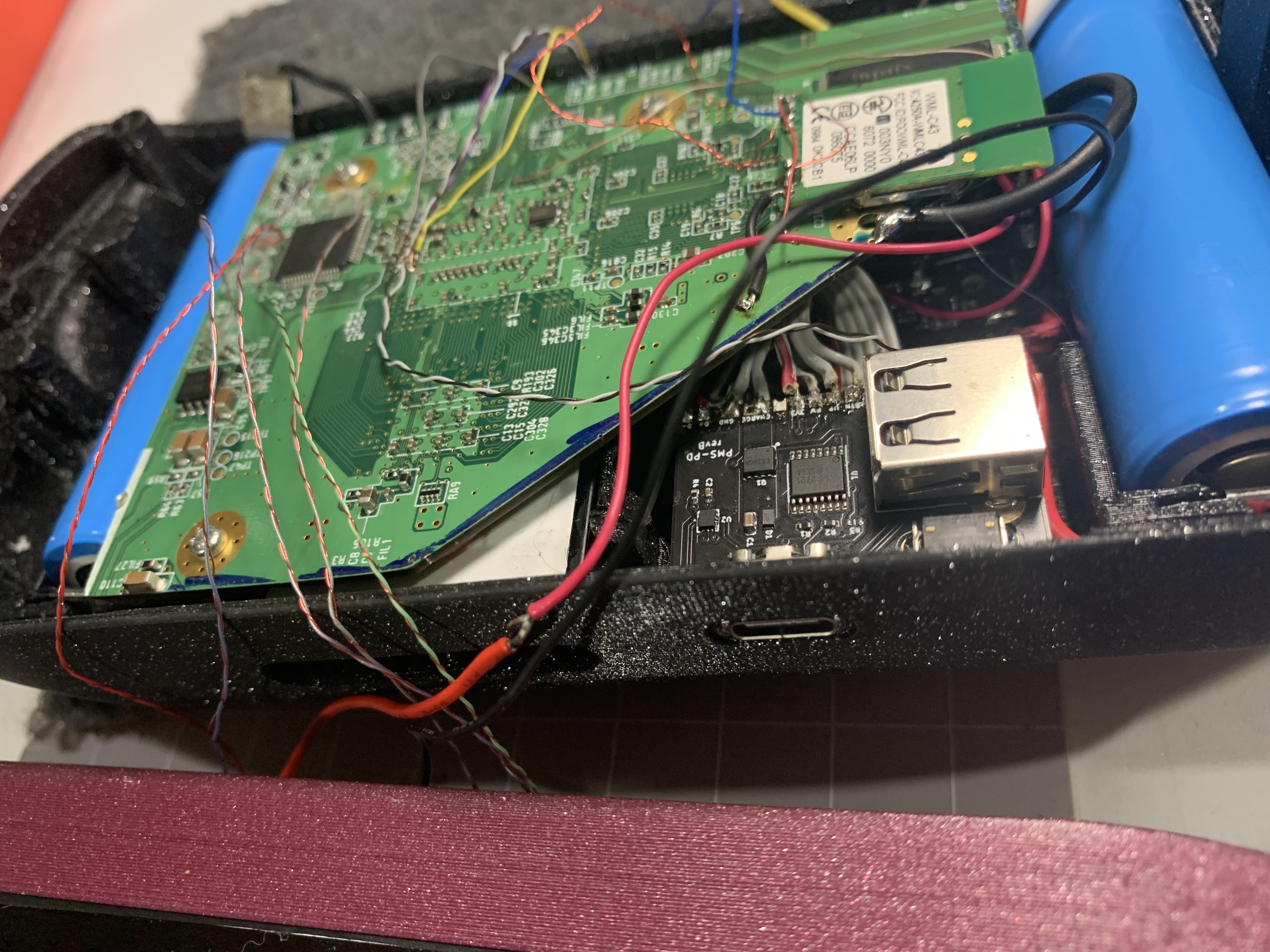 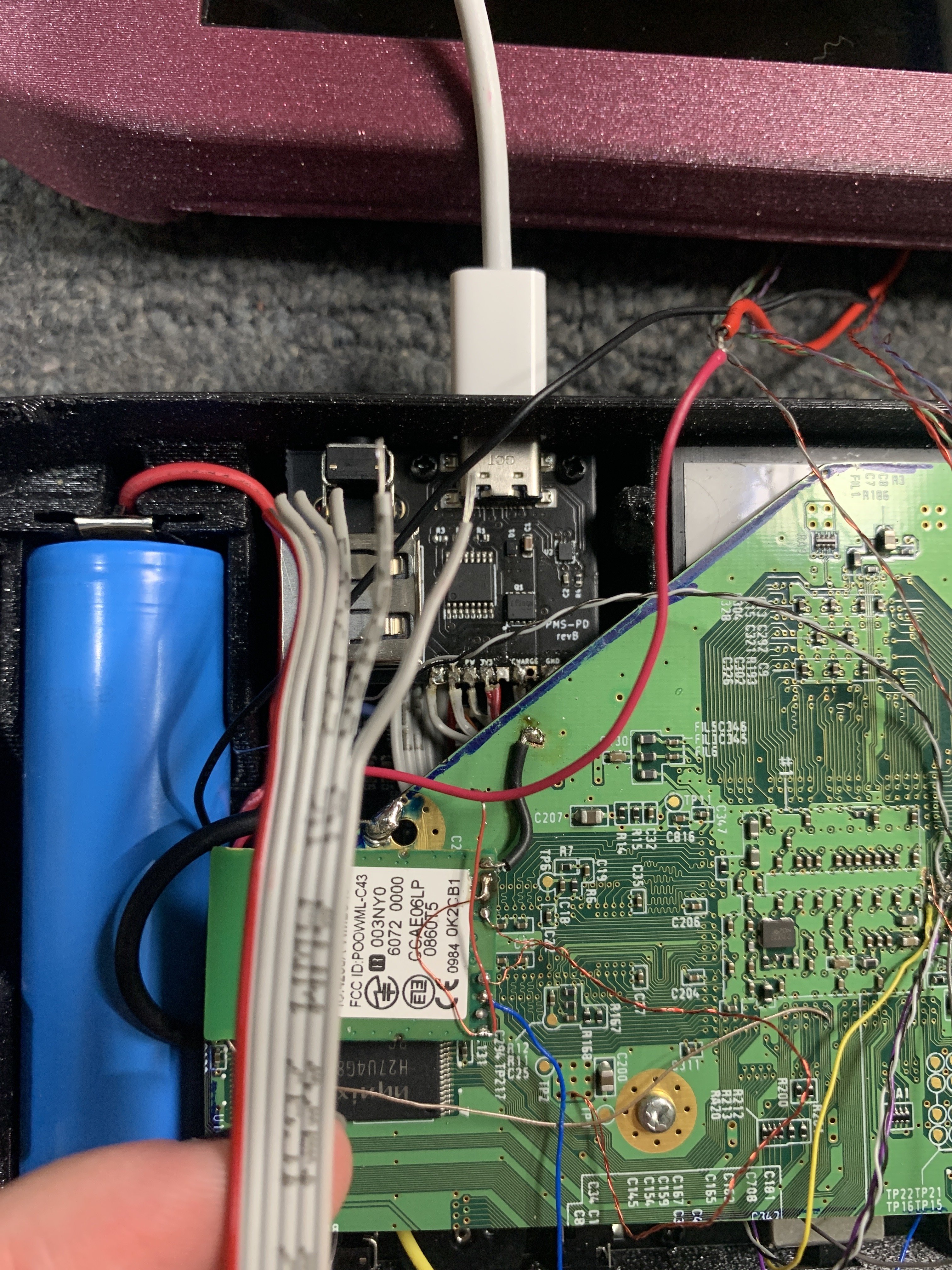 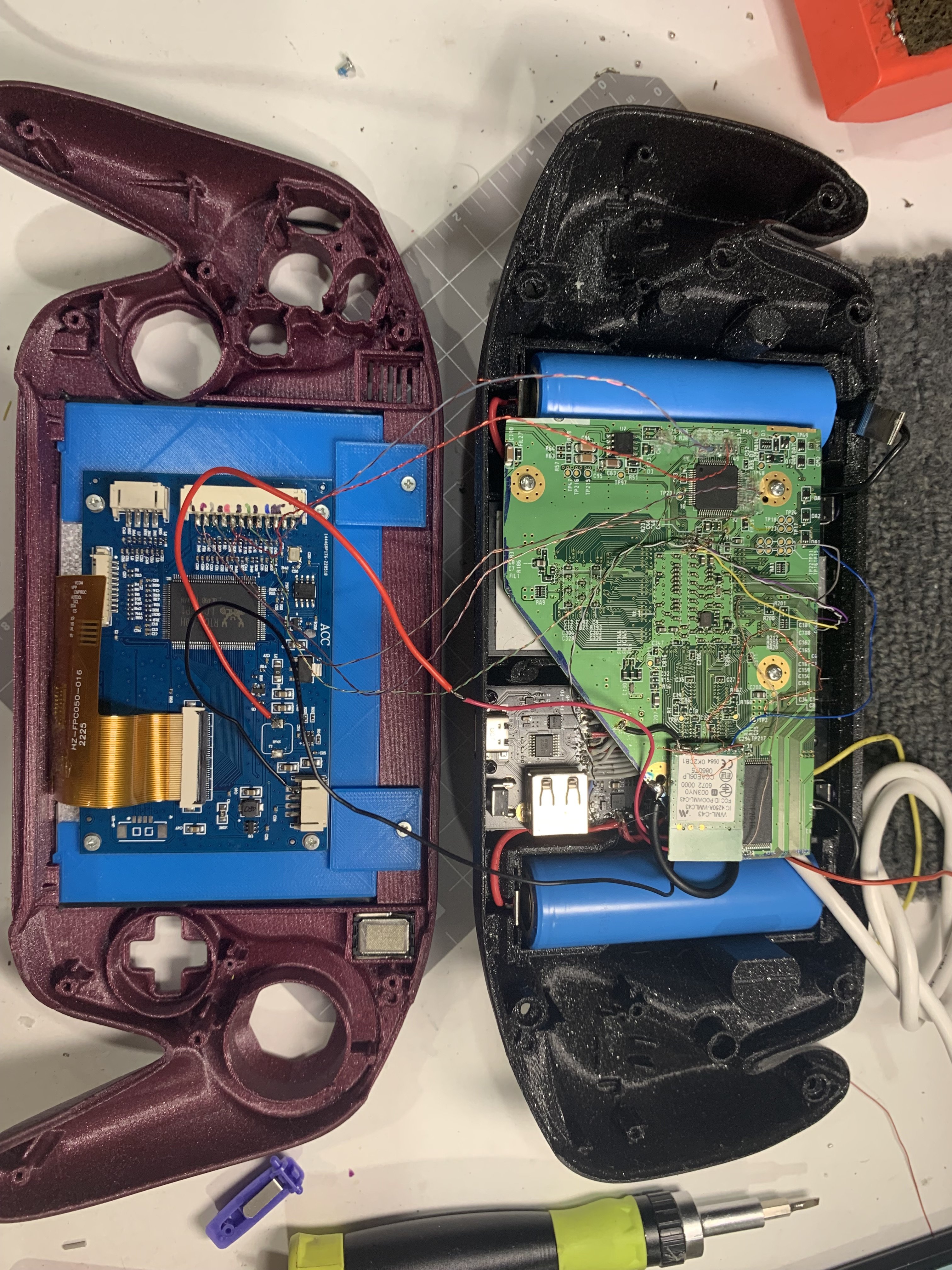 ^the battery tab is disconnected for testing reasons

Let me know in the replies if you need any other images of the wiring from anywhere (albeit in somewhat lower quality because it will be screenshotted from a video)
Last edited: Aug 30, 2022
You must log in or register to reply here.
Menu
Log in
Register
Top