I am unable to find any detailed information on alternative contacts that out put video on my board revision.
NUS-CPU-09
2000 model

I have found information explaining that the video and audio nus chips have been combined into one MAVNUS chip. But I can't seem to find any information on what pin does what.
Anyone willing to share some knowledge? I would greatly appreciate it.

Have you seen this?

I believe that should solve your issue.

" If you do not have the same setup, follow the video pin from the back of the board with a multi meter to find which pin you can grab video from."

I have been PMed a total of 24 unique Waluigi memes, and sent 1 Waluigi pillowcase. Keep 'em comin'!

So turn it to resistance and start poking around?
And I was kinda wondering if anyone had already documented anything on it. If not I would be glad to do so

You could do resistance but it may be easier to switch it to 'continuity' and use that. It should beep when two places are connected electrically. Go to the video out pins (where the plug would be) and connect one to the V pin and hunt around to find another video out source

so far i believe this is correct? could anyone verify this for me? Or would I want to connect it after the capacitors? 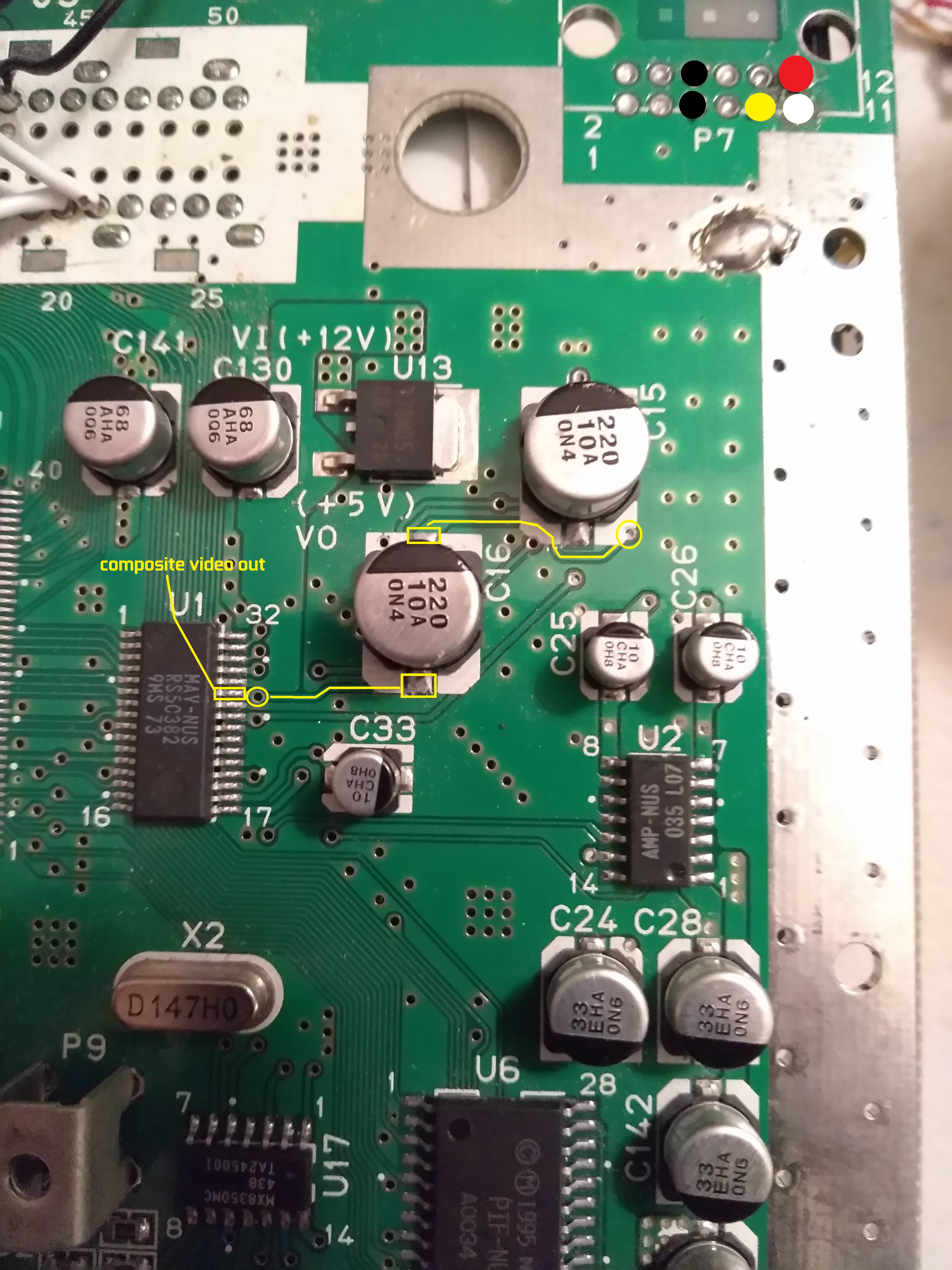 Personally I would connect it directly to the chip itself. You probably could get it after the capacitors but unless something is wonky with the picture you're getting then connecting to the chip itself is fine.

@aMammoth
Trust me, you want as many filtering components as possible. Like everything, they're there for a reason.

Anyways, I'm guessing at any point you didn't actually try googling "MAV-NUS" because there's already like 20 pinouts of it out there.

Here are all of the traces anyways, specifically on a REV 9 board: 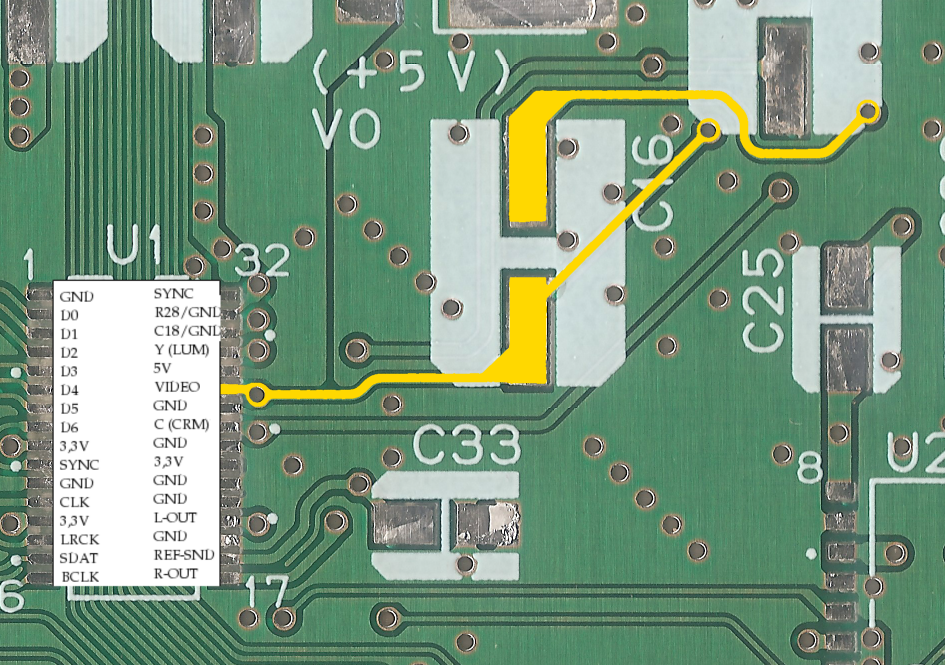 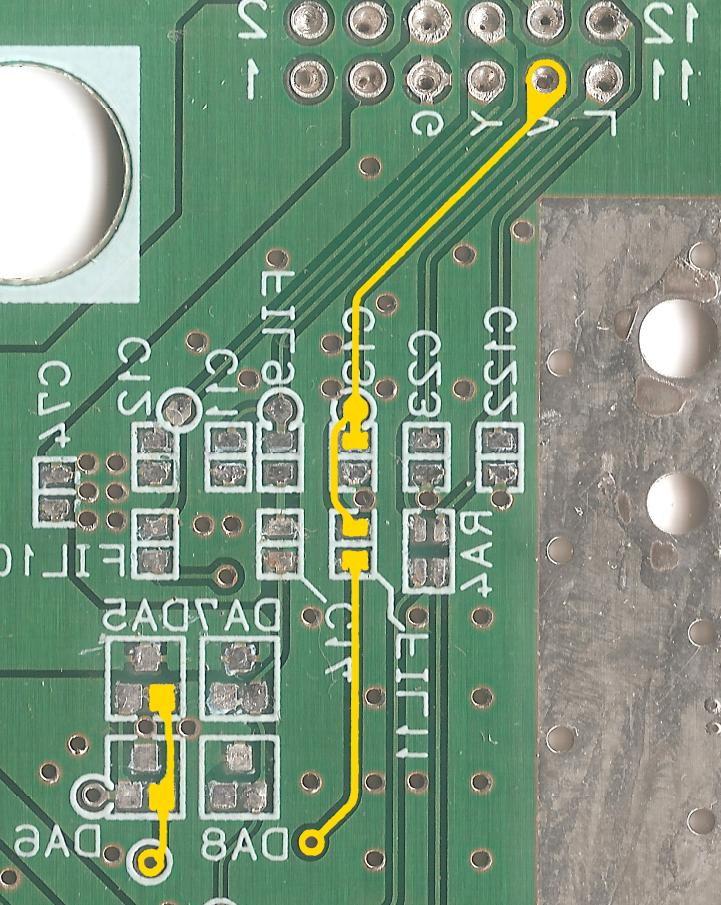 The second image is mirrored, but it should be clear enough for you to use regardless.

From the looks of it, DA5/DA6 is where it's mixed with LUMA or something. If you grab from the top pin of C16 you'll probably be fine, if not, run that line through FIL11 and then connect that to GND through C13(basically recreating what's already on the board.)

There's also RA1 on the bottom where video is pulled down, but that's not in the images, and if you trim that off you probably have other problems.
"I've been cranking it to Marshall's work for the better part of a decade. I have no intentions of stopping anytime soon." -bud

Thank you very much. And believe me I did Google it. But Google isn't a friend of the user any more and doesn't produce results like it use to.
You must log in or register to reply here.
Menu
Log in
Register
Top